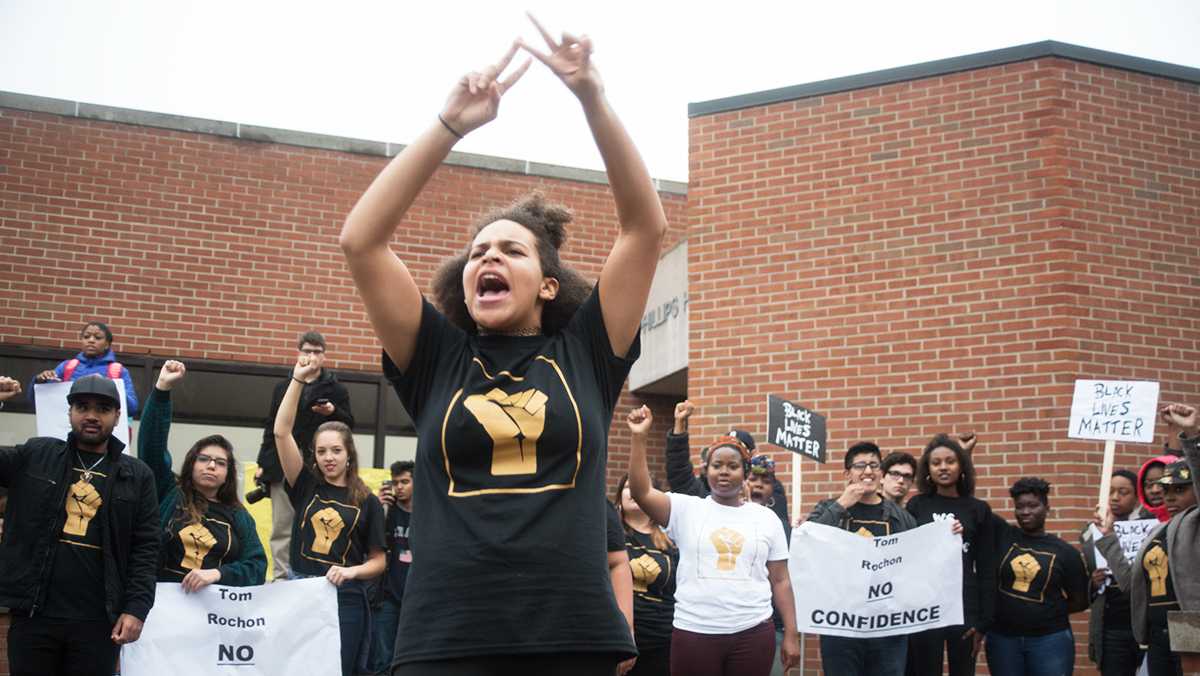 Amanda Den Hartog/The Ithacan
POC at IC leads a crowd of campus community members in chants protesting racism on campus and calls for the removal of President Tom Rochon at the walkout and die-in that took place Nov. 11 at Free Speech Rock.
By Erika Spaet
Published: December 9, 2015 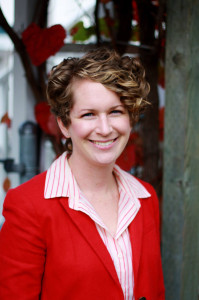 These past couple of weeks, I have felt both quite hopeful and deeply humbled by the activism happening on Ithaca College’s campus: hopeful because POC at IC has brought our campus community — past, present and future — into the necessary national struggle around institutional and interpersonal racism; humbled because I — ashamedly — can’t say whether I would have been involved in the protests had they happened while I was a student. Yet, “I am one of the good ones,” I’ve always thought. One of those “good” white people. And my desire to be good (and moderate) is the cotton in my mouth when it comes time to speak up and lie down. It’s something commentators are calling “white fragility” — resistance to change dressed up in the clothes of progress and goodness.

I often hear that white people don’t want to have to walk on eggshells during conversations about race and injustice. They don’t want to offend anyone; they want to be one of the “good ones.” But white fragility halts difficult conversations and paths toward progress. It risks the lives and dignity of people of color, and it sacrifices white people’s participation in the fabric of humanity.

Real change and real equity will require boldness and empathy. Walking on eggshells is sometimes what it looks like to move through the world with care and conscientiousness. Aren’t those the qualities of character we hope to instill in our children? Aren’t those just the qualities with which an institution might hope to endow its students?

When I was at the college, I thought I would grow up to be Maureen Dowd, author and columnist for The New York Times, calling out misuses of power with unforgettable journalistic style. Now, I am studying to be an ordained pastor in the Lutheran church. This work is, in many ways, a far cry from the groundbreaking journalism I thought I would be doing. But these professions have something in common: It is all the business of hope. My faith tells me that there is a different reality that is possible and that we all have a part in bringing it to be. Studying journalism at the college taught me that same thing: We can use our words to hold decision-makers accountable and raise hell when injustice is happening, all for the sake of hope.

As a church leader, I know that hopefulness for the future must walk hand-in-hand with a strong critique of my home institution. This marriage of hope and bold critique is just what I see happening in the activism on campus. Protest is a language of lament for the way things are; activism is a way of bringing voice to our hopes for the way things could and should be. As I listen to the streets of Chicago, Minneapolis, Baltimore — and Ithaca College — sometimes I hear myself say: “Wait — just wait until the time is right, wait until people are ready.” But the Rev. Dr. Martin Luther King Jr. — that theologian and pastor whose words I look to for wisdom in my own ministry — speaks the hard truth to my white fragility and that of his white clergy colleagues in his Letter from Birmingham Jail, 1963: “For years now I have heard the word ‘Wait!’ It rings in the ear of every Negro with piercing familiarity. This ‘Wait’ has almost always meant ‘Never.’ We must come to see … that ‘justice too long delayed is justice denied.’”

As a white, female pastor, I must examine what my role will be in my generation’s struggle for justice. I believe it will involve a good deal of humility, boldness and eggshell-walking. But it must also involve an authentic, impatient, hopeful aching for the world as it should be. And so I send my wishes for continued honest struggle on the campus that I love, as well as my gratitude to POC at IC for keeping the hope alive.

Erika Spaet graduated from Ithaca College in 2009 and is now an M. Div. Candidate for Ordination at the Pacific Lutheran Theological Seminary. Email her at erika.spaet@gmail.com.