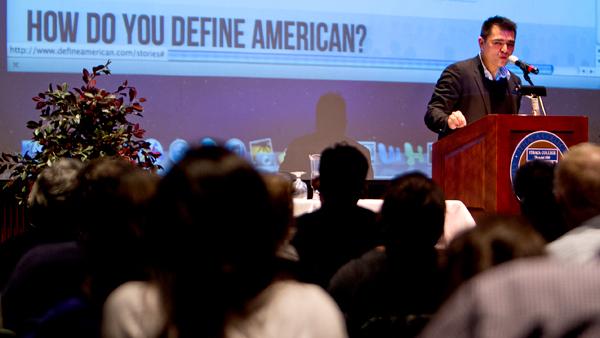 As ethnic demographics continue to shift in America, so do mounting concerns over how best to preserve “American” values, traditions and laws. The passage of controversial state-level immigration laws, lack of Congressional coordination over immigration reform, a heightened public consciousness over border security and a weak economy all amount to a perfect storm.

Concerns about American authenticity continue to give way to questionable political formations of what defines the American national identity. Forever preoccupied with articulating who we are, oftentimes defined in opposition to how we view others, we justify attempts to define what it means to be American.

As the debate over immigration reform intensifies, so do efforts to regulate various aspects and peoples deemed foreign or irregular. With respect to the absorption of supposedly foreign peoples in America, much socio-political paranoia exists. This anxiety can be witnessed on many fronts involving state, local and federal office holders and seekers. The recent Supreme Court case, Arizona v. United States, typifies the questionable socio-political paranoia that continues to roam throughout the nation.

In June 2012, the court rejected much of the Arizona immigration law, SB 1070, but allowed one key provision to stand: allowing police to check the immigration status of people they detain.

The provision allows: “For any lawful contact made by a law enforcement official or a law enforcement agency … of this state where reasonable suspicion exists that the person is an alien who is unlawfully present in the United States, a reasonable attempt shall be made, when practicable, to determine the immigration status of the person, except if the determination may hinder or obstruct an investigation.”

Of the many problems inherent within both the language and implementation of this law, the first is the authority the law grants to local law enforcement who believe a person is unlawfully in the United States. Like earlier protests and demonstrations of this provision that produced the popular T-shirt reading, “Do I look illegal?” much of the same sentiment continues to linger.

As written, many questions continue to exist over how or in what ways officers would establish reasonable suspicion that a person may or may not be in the country legally.

While state law affirms that local law enforcement officers “may not solely consider race, color, or national origin” in its implementation, this addendum adds nothing more than a mirage. But while the provision articulates “reasonable suspicion” as a acceptable reason to investigate a person’s immigration status, it affords law enforcement the ability to equate suspicious identities, namely, Latinos, with “reasonable suspicion,” creating a hostile environment of racial profiling. The perceived lethality of continual immigration, particularly from Latin America, continues to fuel such debates.

Particularly in times of war, attempts at immigration reform and shifting national demographics surface. Questions of who is and is not American become entrenched talking points, occupying various dimensions within the policy process. Whether these debates and their outcomes are sparked in defense of national unity, homeland security or otherwise, how and in what ways the “American” national identity is defined continues to be anything but neutral, inviting many questions and challenges.

Donathan Brown  is an assistant professor of communications studies amd the editor of the Journal of Race and Policy. He will present “The Immigration Question in 2012: A Precis” at a conference in October in Poland. Email him at dlbrown@ithaca.edu.