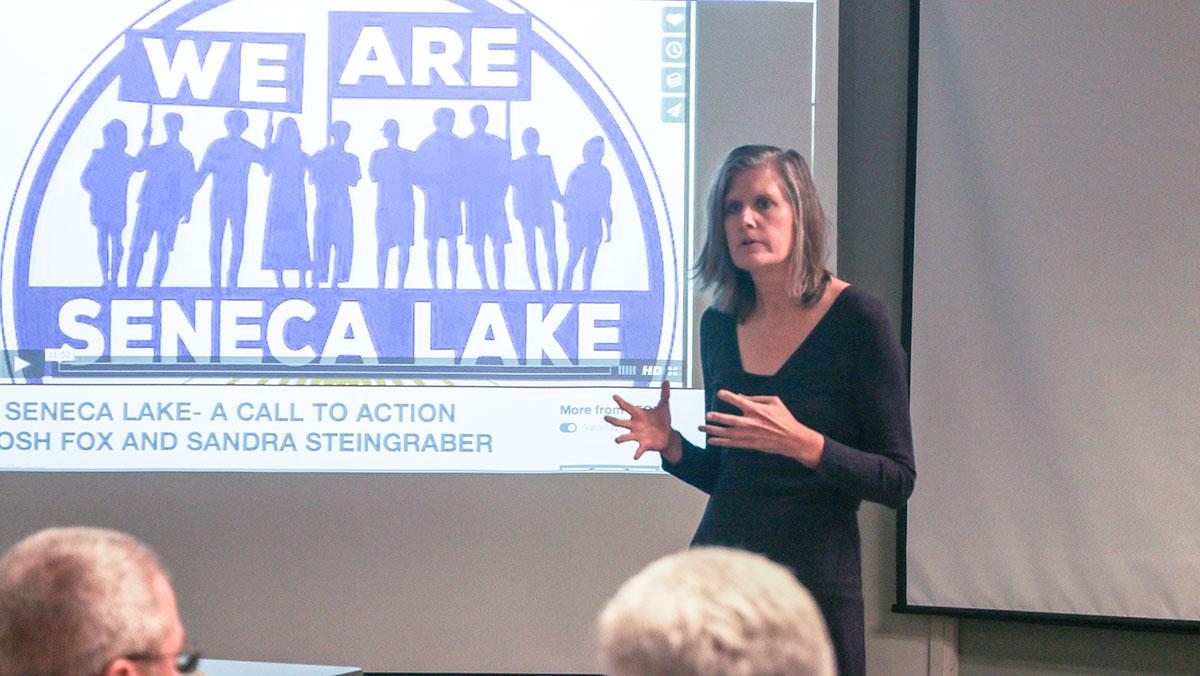 Last December, I attended the U.N. climate talks in Paris as a science journalist. Equipped with a press pass, I had extraordinary access to the goings-on and witnessed a climate change agreement drafted, finalized and approved by virtually all of the world’s nations.

Many stars aligned to make possible the success of this 21st attempt at a climate change treaty — not the least of which was the introduction of a process that compelled each of the parties to submit, in advance of negotiations, a proposal for cutting emissions that was specific to its own nation.

To be sure, these national plans were, all combined, nowhere ambitious enough to stave off climate catastrophe. If the Paris Agreement had simply quilted together the various individual climate plans from the world’s nearly 200 nations, it would have been a colossal failure.

Taken collectively, they allow the planet’s temperature to rise by 3.5 degrees Celsius. At that point, we lose nearly half of the species on Earth, including many pollinators that provide us food; island nations drown under rising seas; and we set in motion runaway ecological changes that no further efforts could ever reign in.

On the other hand, if the negotiators had insisted on initial commitments to slash carbon emissions to levels sufficient to solve the problem, the proceedings would have devolved into bickering and resulted in no treaty at all. As has happened in years past.

Instead, the treaty has a built-in ratchet mechanism: every few years going forward, the parties will reconvene, take stock, and make still deeper cuts. Which is to say, the climate limbo bar will be set ever lower. The result, if successful, will be significant progress toward complete decarbonization by mid-century and a resulting temperature rise of less than 2 degrees.

With those kinds of limits in place, island nations may still have some dry land. Agricultural systems might still mostly function. We stand a good chance of saving the plankton stocks, which provide us half of all of the oxygen we breathe. And, in the United States alone — as documented in a new study in the journal Nature Climate Change — 295,000 premature deaths from exposure to air pollution would be prevented.

The stakes could not be higher.

Thus, when U.S. Supreme Court halted the implementation of President Obama’s Clean Power Plan until a lawsuit is resolved in a lower court, shockwaves reverberated around the world. That plan, which aims to cut carbon emissions by slashing greenhouse gas emissions from coal-burning power plants, serves as the centerpiece of our own nation’s initial commitment to the Paris climate accord.

For a few days, it seemed as if the entire Paris Agreement might fall to pieces.

But, then, Justice Antonin Scalia unexpectedly died. And with his passing chances are considerably improved that the Clean Power Plan will be revived when it invariably lands before the Supreme Court within a year.

But, however all this legal machination unfolds, one thing is clear. The U.S. Clean Power Plan itself is not a good first step toward decarbonization that can simply be ratcheted up as time goes by. Instead, it achieves reductions in carbon dioxide by increasing the amount of electricity generated by burning natural gas.

While a lateral shift from coal to gas will decrease carbon dioxide emissions, it will also almost certainly increase emissions of an even more powerful form of heat-trapping carbon: methane. Natural gas extraction, which increasingly relies on fracking, is unavoidably plagued by methane leaks.

These leaks erase the climate benefit of natural gas. Methane may be a shorter-lived greenhouse gas than carbon dioxide, but it’s far more powerful: methane can, over a twenty year period, trap 86 times more heat in the atmosphere.

U.S. fracking operations are now believed to be responsible for the 30 percent increase in U.S. methane emissions between 2012 and 2014, as well as a global methane spike. Ratcheting up the Clean Power Plan as the years go by would only take us sideways — or even backwards — in our quest to stabilize the climate system.

That’s why on the eve of the Democratic National Convention in Philadelphia, thousands of citizens will be taking to the streets as part of the March for a Clean Energy Revolution. Convened by Americans Against Fracking and Pennsylvanians Against Fracking, the demand is a climate plan that does not trade one dirty fossil fuel for another but, rather, leads us, unswervingly, to a 100 percent renewable energy future.

And, then, we’ll ratchet that.

Sandra Steingraber is the distinguished scholar in residence in the Department of Environmental Studies and Science and the science advisor to Americans Against Fracking. Email her at ssteingraber@ithaca.edu.