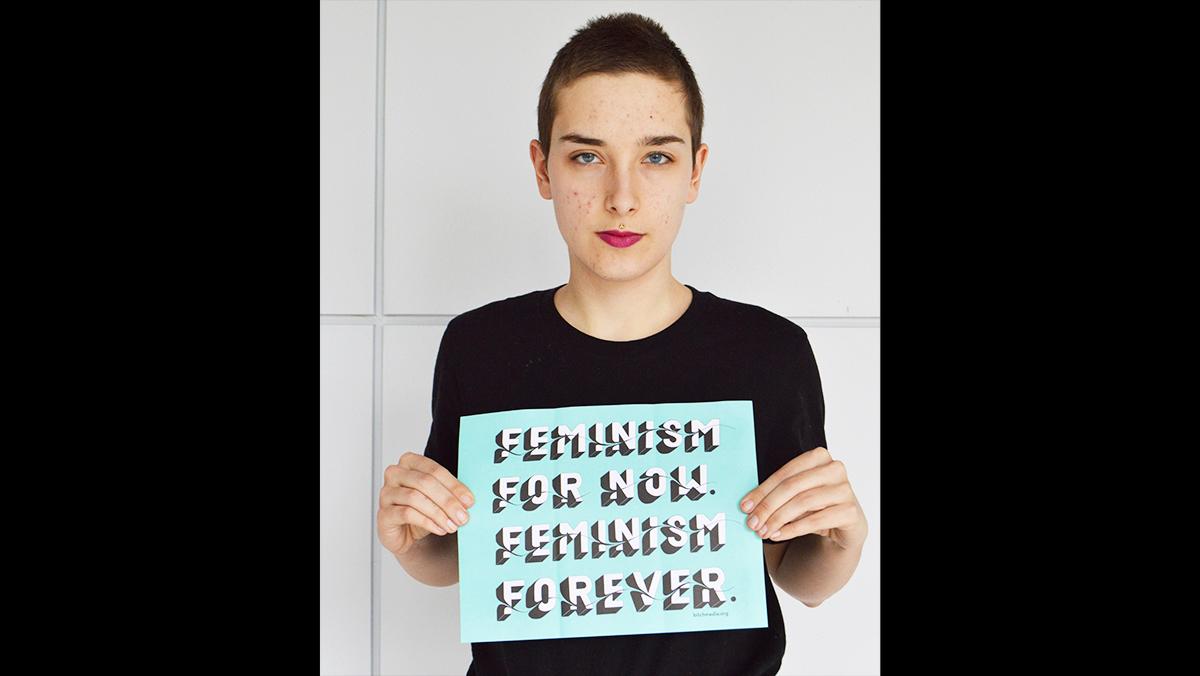 Courtesy of Anna Gardner
Sophomore Anna Gardner says events like Take Back the Night are important because rape culture is still not taken seriously by students.
By Anna Gardner
Published: May 3, 2017

“I was a new student and at the time I didn’t realize that what happened was wrong. I thought it was just something that I had to put up with as a girl.”

“The public safety officer’s response to the first call was ‘boys will be boys’ which in my opinion is not an acceptable answer.”

“Did not feel it was worth it, because the system shames victims and finds ways to protect boys.”

“I was intoxicated, and I blamed myself. It happened twice. No one would have believed me.”

“They’re on a large team, reporting it would only lead to people doubting me and probably targeting me.”

“I didn’t realize that what had happened to me constituted as sexual assault.”

As I read these comments in the Campus Climate Assessment Project, I felt sick, angry, sad, frustrated. Fifteen percent of respondents indicated that they had experienced unwanted sexual conduct while a member of Ithaca College. As appalling as this percentage is, when I spoke with Tiffani Ziemann, Title IX Coordinator, and Luca Maurer, LGBT Education, Outreach & Services Program Director, they felt these numbers were low. Ithaca College is not an outlier; we fit right in with the rape culture on college campuses nationwide.

On Friday April 28, hundreds of people gathered at the Bernie Milton Pavilion on the Commons for Take Back the Night. This year’s theme was “Healing Through Storytelling” to highlight the power of sharing stories on the path to healing from sexual assault, domestic violence, and child abuse. Along with speakers and performers, an important piece of TBTN are the speak-outs. The speak-outs are an opportunity for survivors to share their stories in confidence — no type of documentation is allowed. An overarching experience from these speak-outs was the belief that at first, it was somehow their fault, or that it wasn’t that serious. I had read through the Campus Climate Survey results earlier that day and the similarities were striking.

As an advocate for those who have experienced sexual harassment or assault, I constantly battle with having people take the issue seriously. How am I supposed to convince someone that catcalling is just as severe as unwanted physical contact when they are using rape as the butt of their jokes? I led the march down to The Commons with chants like, “Yes means Yes/No means No/Whatever we wear/Wherever we go.” The most unsettling part was when we came to the end of Hudson; college students out on their porches jeered at us or pretended we didn’t exist. This attitude of mocking and disregard often make me feel that rape culture will persist indefinitely.

These awful moments are countered with moments like the TBTN vigil. The crowd held glowing candles and joined together to sing “Hallelujah.” As I looked into the assembly of people, I caught the face of one woman sobbing. Her friends clutched her tight as they swayed back and forth. Even if family, friends, professors, police, administrators, or judges could not validate these survivors, we could.

The battle for justice has been long and it will not end anytime soon. It is not isolated to Brock Turner or Steubenville. Rape culture is a part of our climate at Ithaca College and I am committed to fighting it every day. “Out of our homes/Into the street/We won’t be raped/We won’t be beat.”

If you or someone you know has been domestically or sexually assaulted, contact a Title IX Deputy Coordinator or the Tompkins County Advocacy Center. The center provides free services for people of any race, ability, religion, immigration status, gender identity or sexual orientation. The 24-hour hotline is (607) 277-5000 and more information about the center can be found at www.theadvocacycenter.org.

As warm batter bubbles in waffle-makers behind the counter top, the sweet aroma lifts into the air and permeates the upper level of the café, teasing mid-afternoon diners seated at tables where the artwork of sexual abuse survivors hangs above their heads.