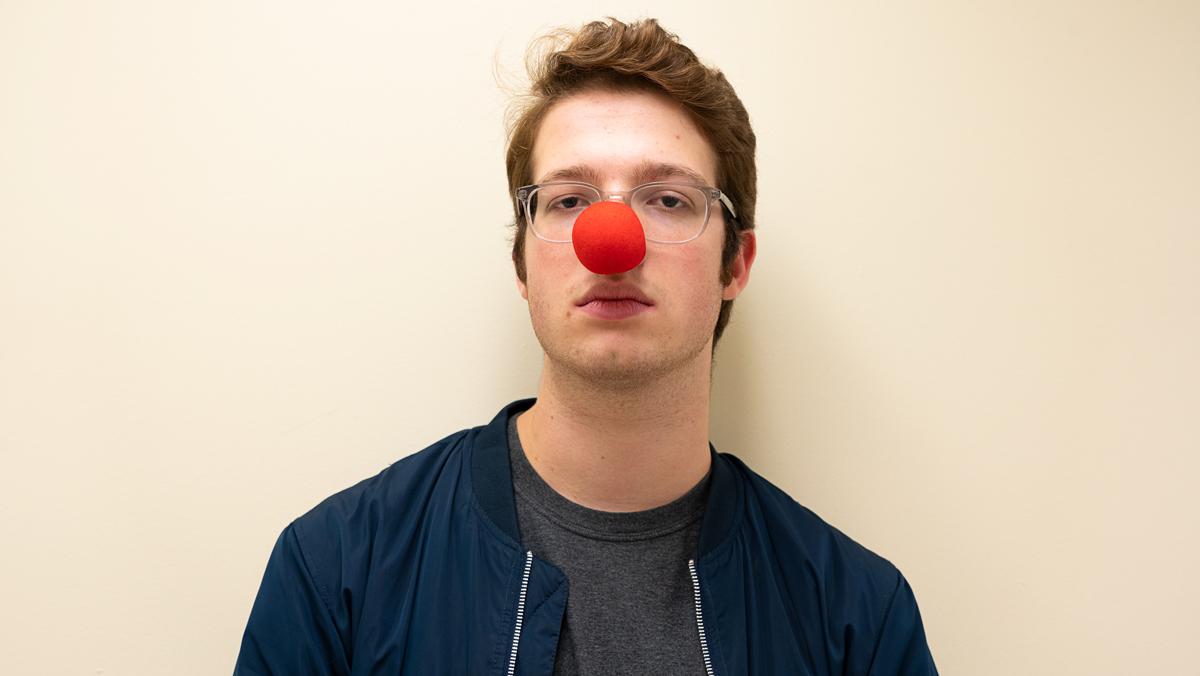 I don’t believe anyone should take themselves too seriously. I know I certainly don’t. In a time where breaking news updates are endless and the world literally seems to be falling apart, it’s important to be self-aware and see the comedy in our reality.

I know only too well that it can be hard to remain politically engaged when the news seems to revolve around the latest White House firings and the president’s ridiculous tweets rather than climate change and immigrants being separated from their families. This can be draining, but looking at these updates with a sense of humor is important to maintain our sanity. Sometimes, it’s best to just laugh.

Comedy has been around since the dawn of mankind. I imagine cavemen whacking one another over the head with wooden clubs and chuckling as they discover fire and, much later, Twitter. There’s no proof that this is what actually happened, but it’s a funny thought — and makes for a great insurance commercial. Ever since Shakespeare wrote about wedding mix-ups and the greek comic playwright Aristophanes wrote about absurd scenarios, people have been laughing. While I’m sure I could write an analytical essay about the history of comedy, mentioning all of the different reasons why and how comedy has been an integral part of pop culture and human morale, that sounds like a lot of work, so I’m not going to do that. Instead, I want to focus on comedy today — well not today today, but present-day, whenever you read this — and how it continues to play a crucial role in pop culture and news.

The consumption of entertainment media is more prevalent today than ever. When President Donald Trump was elected on Nov. 8, 2016, there was a rise in ratings for “The Daily Show” and “Full Frontal with Samantha Bee.” SNL delivered it’s best ratings in more than two decades. The election even inspired the creation of new comedy shows, such as “The President Show” on Comedy Central, the channel’s biggest series debut in three years. Showtime also launched “Our Cartoon President”, an animated show that is a spin-off of a skit from “The Late Show with Stephen Colbert.” All of these shows are informing — yet they also directly make fun of the news.

Comedy makes current events more accessible to people who don’t regularly follow the news. Data suggests that millennials are much less likely to consume news from traditional news sources than older generations. If you had the choice to watch a news segment on climate change or watch comedian and “Last Week Tonight” host John Oliver rant about it, which one would you pick? The older generations might pick the news segment. But, today, younger people would probably pick Oliver because of his satirical nature.

During the Federal Communications Commission net neutrality ruling in 2018, Oliver encouraged his audience members to relentlessly comment on the FCC website, inviting younger generations to actively engage in current issues in an amusing way. This engagement is reflected on a larger scale. In the 2018 midterm elections, millennials and Generation X voted at a higher rate than in any prior midterm.

The importance of comedy isn’t just demonstrated through comedy shows but by our use of comedy in our everyday lives. Being able to make fun of yourself is one of the most respectable qualities a person can have. To be able to acknowledge one’s own flaws in a comedic way takes confidence and courage that is incredibly admirable — society as a whole could use some of this self-awareness.

Today’s world is truly ridiculous. We take ourselves way too seriously for how absurd everything is. When Trump tweeted a confusing, partial sentence, “Despite the negative press covfefe,” in 2017, people went wild on social media. There were multiple segments on CNN talking about what this tweet meant for the president’s sanity. But if you really think about it, Trump is just an old man who can’t type. This wasn’t hard-hitting news — it was just funny.

Comedy has always played a big role in my life; I don’t remember a time where I didn’t watch SNL. Everything I do, from writing and producing comedy shows for ICTV to constantly making jokes, is all in the pursuit of making other people, and honestly, myself, laugh.

I don’t like being serious. Why take things seriously when you can joke about them? Comedy brings light to a dark world. We’re all just trying to get through life, so why not laugh a little?