Commentary: Continuously coming out of the closet 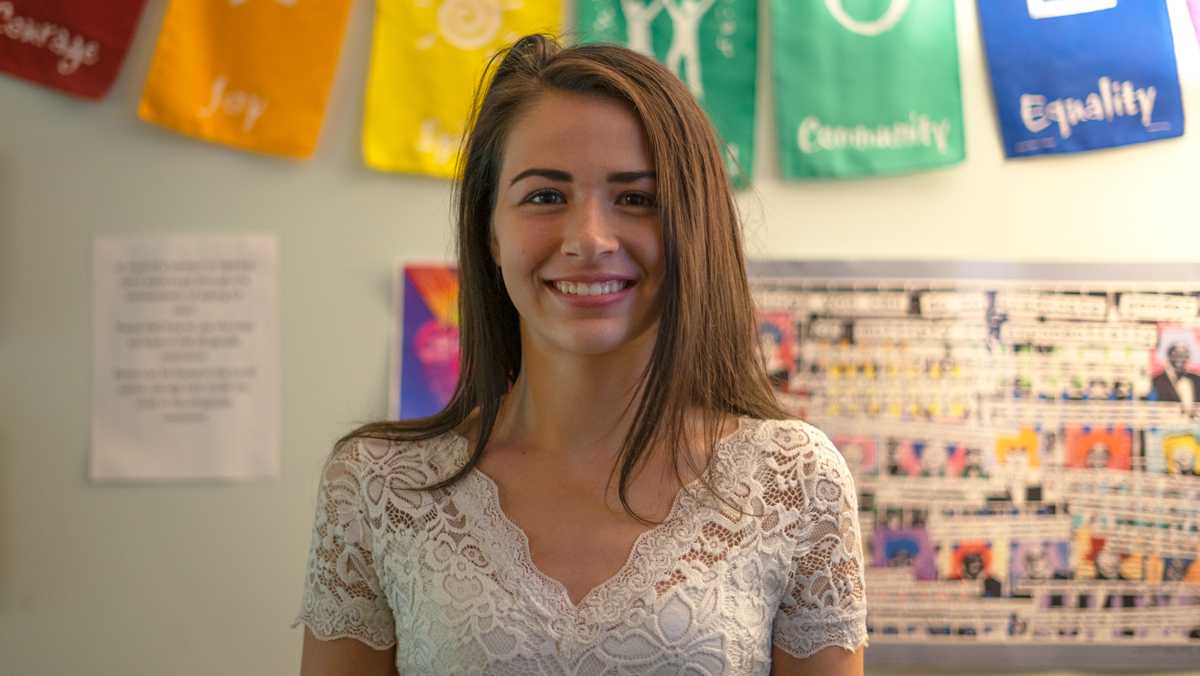 Sabrina Chang/The Ithacan
Sophomore Grayce Smith writes about the discrimination that occurs against members of the LGBTQ community based on their appearances due to problematic, inaccurate stereotypes.
By Grayce Smith
Published: April 9, 2019

Hi, my name is Grayce Smith, and I am gay.

It took years to build up the courage to admit this to not only myself but to everyone I loved. After coming out to my friends and family, a weight was lifted off my shoulders. I didn’t realize, however, how many of these weights I would accumulate throughout my life. I have had to come out to complete strangers before due to their everyday assumptions that are often followed with apologies titled “you don’t look gay” and “I would have never guessed.” Stereotypically, these comments are correct; I don’t meet society’s expectations of what a gay woman should look like.

This problem recently occurred when my roommates and I were looking for someone to fill a room in our apartment for next school year. My three roommates are straight and didn’t have to mention their sexual orientation when we finally found someone wanting to live with us. I felt as though if I didn’t come out to the potential suitemate I was hiding a part of my identity. My femininity was pushing me back into the closet because I felt that if I didn’t meet the stereotypes of a gay woman, that I would continue to incur the constant assumption that I was straight. I was tired of coming out and wondered if I met the stereotypes of a gay woman — like short hair and T-shirts with cuffed sleeves — would it be easier?

To get a second opinion on this issue, I had a discussion with a friend who dresses more masculine and comes closer to the stereotypical style of a gay woman. She began to explain to me how my femininity allows me to pass as a straight person. While she has interactions with women at her gym telling her to get out of the locker room, I could simply walk in without a problem. In summary of this scenario, I don’t look gay, according to societal standards, so I don’t undergo the same discrimination as someone that does.

In society, groups use this type of categorization to have advantages over others and discriminate against one another. Title VII of the Civil Rights Act of 1964 states that employers can’t discriminate against someone because of their race, color, religion, national origin and sex. The lack of mention about sexual orientation in this act has allowed 26 states to be able to discriminate against someone for being gay. There are endless statistics on LGBTQ discrimination in the world that potentially don’t apply to me simply because of the way I appear to society. As a college student preparing to go into the workforce, I have never once questioned whether or not I would get a job because I’m gay, while other members of the LGBTQ community have to.

Deciding when I come out and who I come out to has always been my decision. I could go about my whole life hiding who I am to employers, friends and strangers. I could also avoid any discrimination that comes along with being a gay woman — but I don’t want to. I am proud to be a member of the LGBTQ community. I hope one day the assumptions that come along with stereotypes are eliminated as future generations begin to learn the flaws in our society. Shifting the classification of groups to the focus on the differentiation of every individual will be an important step toward doing so. Ending discrimination against all minority groups is a long fought battle. Recently, the Methodist church announced maintaining its opposition to same-sex marriage. I have become more and more aware of how current this issue still is and how much more fighting we need to do. I will continue to fight for all members of the LGBTQ community, and I will continue to come out.