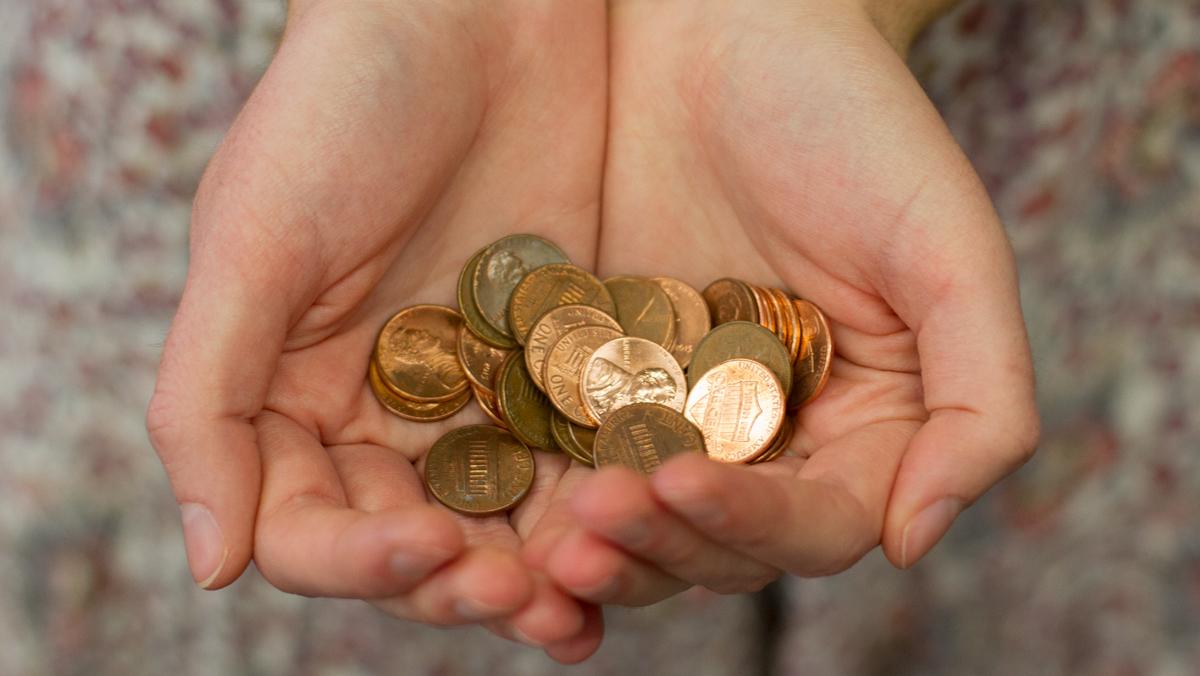 Connor Lange/The Ithacan
Junior Kayla Vieten writes that pennies are inherently worthless and cost more to produce than they’re actually worth. Pennies have a nostalgic value attached to them, but they should not be kept in circulation, she writes.
By Kayla Vieten
Published: November 29, 2017

If Bing Crosby had the power to make it rain “pennies from heaven,” would you spend 10 minutes to pick up 235 of them to buy a pack of gum from Macs? Probably not. In the modern age, time has significantly increased in value while the penny is losing value. Fast.

The largest push to remove the penny from the American currency system is because it costs more to make it than it is worth. This fact alone should be enough to stop its production, yet the United States Mint continually crafts the insignificant penny. Philip N. Diehl, the former United States Mint Director, stated that “for a decade the Mint has produced pennies — 60 billion of them — at a loss of about half a billion dollars.” How can such a small coin absorb so many financial resources from the U.S.?

What can you buy with a penny? If you get 25 of them, you can buy a gum ball. Except that statement isn’t true; you would have to exchange your 25 pennies for one quarter to buy a gum ball. Few candy machines would accept pennies as proper payment. Even those in great financial need, such as broke college students, find little value in the penny. When you are thousands of dollars in debt, a penny becomes truly obsolete.

It’s time for the U.S. Mint to set American currency free of the trivial penny. Regardless of the needed transition time, removing trifling coins from the monetary system has proven beneficial in history. Did you know there was once a monetary value lower than the penny? Are you still upset that the half-cent coin is gone? In retrospect, to have a coin that represents less than one cent seems ridiculous. According to Diehl, the penny was necessary 100 years ago as it held the worth of a modern quarter: a currency needed by modern society. Change was never intended to have worth or amounts lower than a quarter. Since that is true, it bypasses the need of having the dime, nickel and of course, the penny in this modern age.

The production of these pennies is virtually worthless as well. The need for physical representation of money is decreasing significantly. According to Diehl, “only about 25 percent of consumer payments today involve cash. The other 75 percent are processed electronically.” That means the obscene amounts of money spent to produce a physical representation of one cent is only being used for one-fourth of transactions.

Few cash transactions incorporate the penny. Consider a grocery store shopper with a line behind them at the checkout. Automatically, they would receive eye-rolls from other impatient shoppers waiting behind them if they were to begin digging for exact change to complete their payment. The time it takes for the clerk to count your pennies is inconvenient for everyone involved. Paying in coins, or worse, in pennies, can be considered an annoyance to many.

The penny is loved for being the most distinctive of the coins remaining in circulation. However, that is not enough to justify its cost of production. Ultimately, a penny holds more sentimental value after enduring a penny press machine and turning into a keepsake than it ever will as a monetary unit. It should be allowed to live on as a novelty but not as a financial burden to the American currency system.

Washington, D.C., may be bustling with the latest news and politics, but not with Ithaca College students. Of the college’s three satellite campuses — Los Angeles, London and Washington, D.C. — students have shown less of an interest in studying in our nation’s capital than in the other two. This spring, there are 68 students…

A deficit of interest

In the future, we’ll all be wearing glasses — if Google gets its way.

A looking glass into new reality