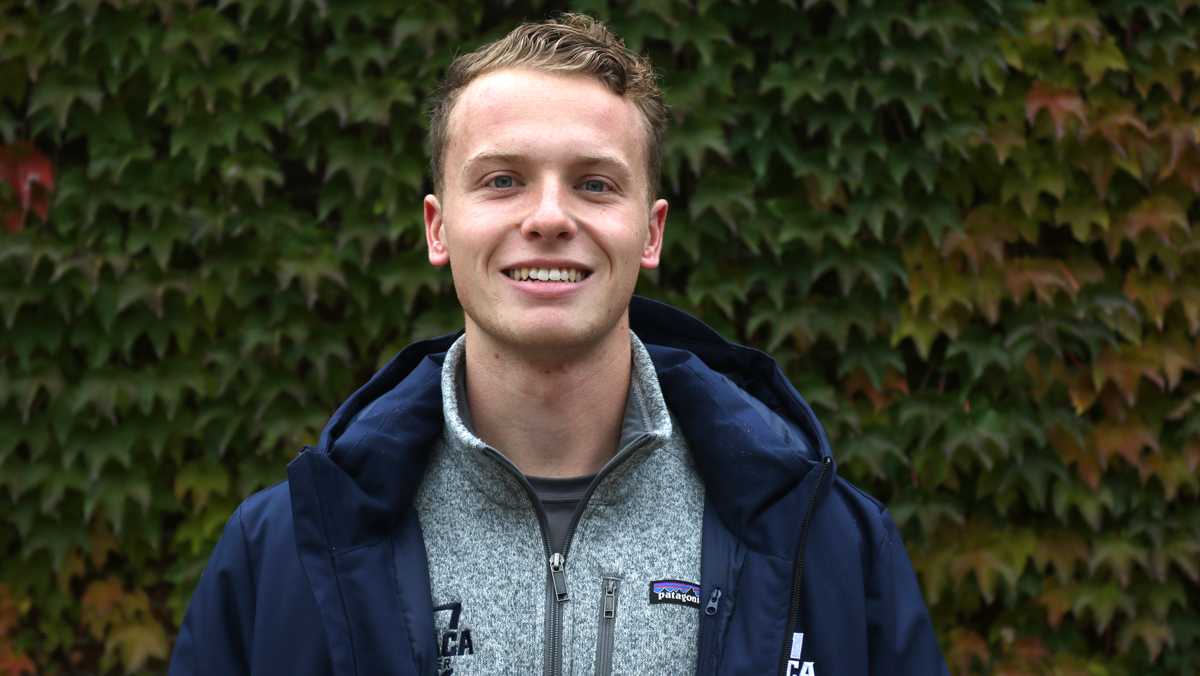 Molly Bailot/The Ithacan
Tyler Hiney, senior Integrated Marketing Communications Major, writes that eSports players should be treated as athletes due to the extensive effort they put into their sport.
By Tyler Hiney
Published: November 5, 2018

The industry will soon be worth $1 billion and will have a global audience of over 300 million fans. Professional eSport leagues are becoming more popular to the masses and with the increase in viewership the debate of whether professional eSports should be considered a sport has become a hot topic. Professional eSports players train, maintain fitness and focus on their health in order to stay mentally prepared for their competitions.

Traditional sports are defined as activities that involve physical exertion and skill in which an individual or team competes against another team or individual for entertainment. The common argument against video games being sports is that it requires very little physical exertion. Not much dexterity and precision is involved, other than moving one’s hands in very small movements. However, professional eSports players argue that video games do require lots of teamwork and strategy in order to come out on top.

I have played plenty of video games and participated in organized sports throughout my entire life. I currently am on the men’s soccer team here at Ithaca College and after watching eSports for myself, I find it hard to argue that these organized competitions should not be considered sports. The venues that they compete at are arranged professionally. Each team is branded and sponsored and each team has a coach and a set of strategies that they try to execute in order to come out on top. When comparing what these professionals do each day to what I do each day just to be a Division III athlete, I see no difference in the preparation. These athletes are preparing their bodies and mentally prepare and practice for each competition that they are involved in, and that is what I believe is required from an athlete of a sport.

In order for the athletes to rise to the top and make money for their profession, they need some form of skill and many hours of practice to become recognized as a professional. ESport game developers have competitive modes built within games to allow players the opportunity to rise to the top. It is in this competitive atmosphere that professionals are born. People of all walks of life are able to buy video games; the only requirement is a computer and the price of the game itself. After both of these requirements are met, anyone can boot up the game and compete with hundreds of thousands of players across the world.

The main argument against video games being considered sports is that they require very little cardio and explosive movement. There is, however, a sport that also requires very little exertion and explosive movements. This game, or sport, is known as chess. The International Olympic Committee recognizes chess as a sport, and it is an exception to the rule of a sport requiring physical exertion. Some reasons why chess becomes an exception to the rule of sports is due it being recognized as a global game, a behavior code and that it is well-established throughout the world.

Video games are all of these things. As I mentioned, they can be played and accessed by anyone with a computer, internet and the money for the game itself. In this sense, video games have the potential to become more globally recognized than any traditional sport played today. The developers of the video games have behavioral rules for the pros who are on the big screen and for the casual players. Punishments are given out to those who try to ruin the other player’s experiences in the game and for those who are unsportsmanlike. Though these sports might not fit our fitness standards for sports, there is no denying that the time, commitment and skill required to compete at the professional level is the same level of commitment required of a traditional sports player. With all of this, there is no doubt in my mind that these players are athletes and that eSports are the same as traditional sports.