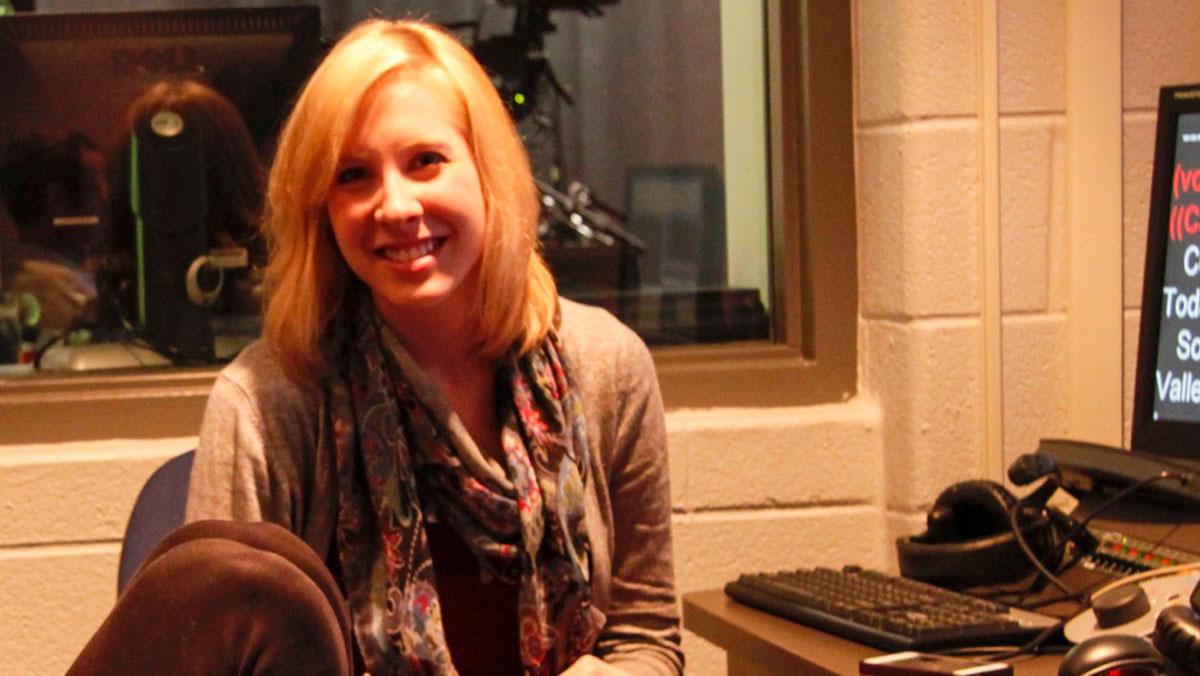 Courtesy of Ryan Parkhurst
Alison Parker, late news reporter for WDBJ news, died on-air in a shooting in Moneta, Virginia, along with WDBJ photojournalist Adam Ward. Parker and Ward were the seventh and eighth journalists killed on the job in the U.S. since 1992.
By Ryan Parkhurst
Published: September 1, 2015

It was the fall of 2012, and I was sitting on my couch holding my 3-month-old baby daughter. I was having a conversation with my wife about this amazing student I had in my Broadcast News class. I had taught her previously and always gushed about her. 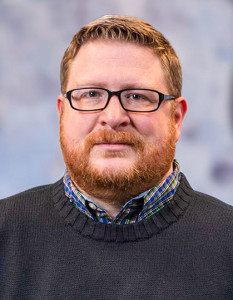 It was her senior year, and her drive and passion for journalism (and life) was refreshing and heartening. During the conversation I told my wife in the simplest terms possible how I felt about this student. “If our daughter can grow into the type of person that Alison Parker is, we’ll have done our job as parents.”

When I became a father, I realized that my hopes and dreams were now intrinsically tied to my daughter’s hopes and dreams. I live for her now, with my dream becoming her succeeding in her dreams. Similarly, a professor’s lot in life is much the same. My hopes and dreams in my job are wrapped up in the hopes and dreams of my students. If they succeed, I feel as if I in some small way have succeeded as well.

So it was with Alison. From the first moment she bounded into my office, Alison made an impression. Her blonde hair and quick smile could fool you into believing she wasn’t anything more than that. Then she spoke, and you realized that this woman was rare. She was smart and able to set you at ease in an instant. Broadcast journalists should be great communicators. Not all are. Alison was a natural.

Alison didn’t look at people as reporter/interviewee or professor/student. If she liked you (and she rarely didn’t like people) she looked at you as a friend. She had this easy and approachable manner that was always a hallmark of our relationship.

I found myself almost naturally talking to her about my personal life and my affection for my wife and my daughter. Likewise, she would share personal moments from her life. All great communicators and all great reporters realize that making a connection to the person with whom you’re speaking is the most important way to get good information. Alison was a natural reporter.

The chats with Alison are what I’ll miss the most. Our relationship started as student/professor and ended as friends. I relished hearing from her about her stories from the field and idle newsroom gossip. It was this easy relationship throughout her career at James Madison University that quickly turned her into my favorite student.

It was her hard work and tenacious attitude that made her my best student. Behind that smile and bright eyes was a ferocious competitor. As a journalist, competition for interviews, for ratings, for the best stories is what we thrive on. Alison was no different. The problem for the people who competed with her is that they could never beat her.

Another former student of mine shared this anecdote about Alison in the days after the horrific shooting that took her life much too young. “Remember when we were in the Broadcast News class and Alison tried to do a story on the elusive guy who bikes around JMU? She couldn’t find ANY trace of him, changed her story last minute, and it was still a better piece than anyone in the class.” That was Alison. She was the bar that everyone tried to reach. No one could.

Hopes and dreams. That’s what I keep coming back to as I reflect on Alison’s life. She had network television in her sights, and there is no doubt she would have achieved it. She never rested on her laurels and continually fought to be better than she was the day before. What could she have been in 10 years? In 20? 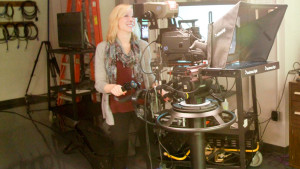 Parker studied at James Madison University before going on to work at ABC affiliate WCTI-TV and later WDBJ as a correspondent for Mornin‍ ’​. Courtesy of Ryan Parkhurst.

As a professor, my hopes and dreams were wrapped up in Alison’s. We kept in touch after she graduated, and I kept tabs on all she did. I was excited for the day when I could text her and ask what the President was really like, in that exclusive interview she did as the lead anchor for ABC News. Unfortunately, that day will never come. We’ve been robbed of a tremendous journalist that would have made a difference in the world. I’ve been robbed of a friend.

I will still use Alison as an example in class. She was too good not to. Students need to have a bar set for them. Alison will always be that bar.

If I’m lucky, I can instill those traits that made Alison such a unique and wonderful person into my two daughters. If some of Alison and the things that she taught me about being a better person can be passed onto my daughters, then maybe in some small way, Alison will live on. That’s how I will honor her. That’s how I will hold her memory close. If I can do that, I’ll know I’ll have done my job as a parent.