Commentary: From blood and bullets to a new beginning 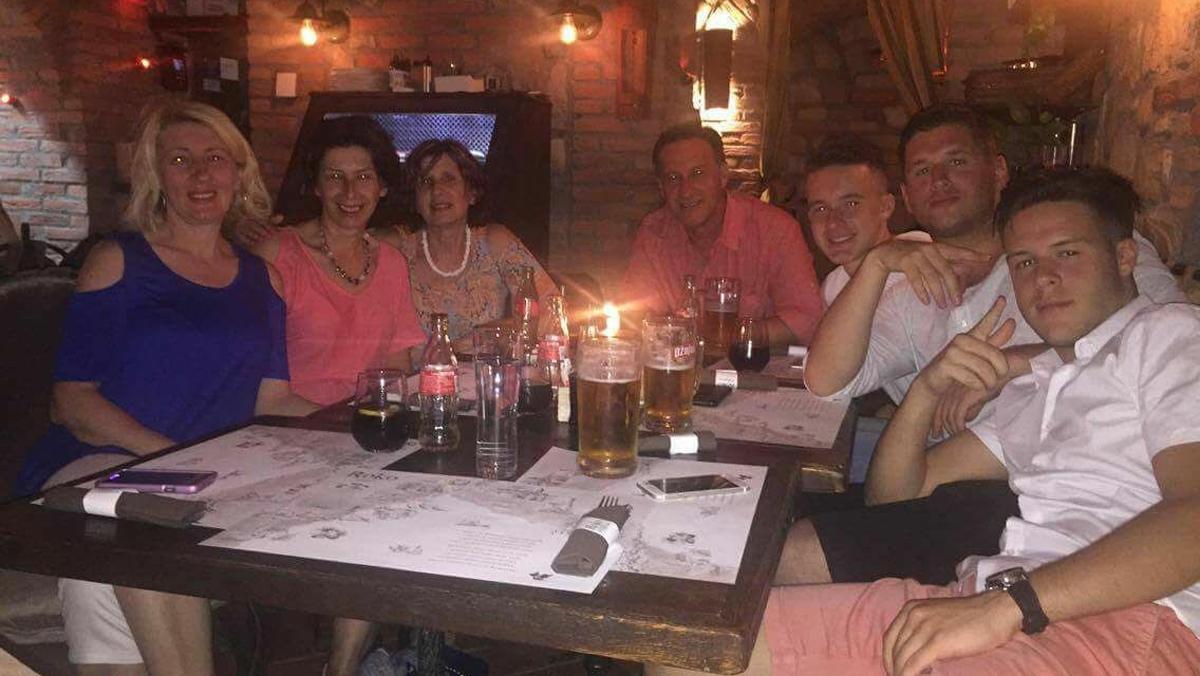 Courtesy of Salko Camo
Sophomore Salko Camo, far right, writes that his immigration to the U.S. might not have been possible if anti-immigrant ideas were present.
By Salko Camo
Published: March 21, 2018

Growing up in the former Yugoslavia, prior to the war during which hundreds of thousands of innocent civilians were killed, with millions more displaced, my family lived a happy and peaceful life. My father and mother had both finished studying at their respective universities and had a   plan for the then-foreseeable future: to raise a family. Although after the death of President Josip Broz (commonly known as “Tito”) of Yugoslavia, tensions began to rise as a struggle for power had emerged between potential candidates. The loss of President Tito would initiate the fall of Yugoslavia, now broken into independent countries in the Balkan region.

In the early 1990s, the War of Yugoslavia had officially begun. Acts of genocide claimed the lives of innocent civilians, many of whom were children. My parents, and countless others, lost everything, from their houses and belongings to numerous loved ones. Civilians were being hunted down as part of the ethnic cleansing against the Muslim population, such as my family, implemented by attacking forces. My family was forced to flee to neighboring towns in an attempt to hide from the genocide occurring throughout former Yugoslavia; however, as my grandfather tried to scavenge for food and water, the insurgents caught and murdered him in cold blood. My family, already devastated by such a deadly and consuming war, was fortunate enough to find a way to flee to Germany as refugees. The home that my family had loved was gone. Happiness and peace, blurred by the blood of war, were just distant memories of a once euphoric land.

For a year my family lived day by day with a dozen other refugees in a small one-bedroom apartment, earning cents to the dollar by finding any job that would put enough food on the table. After the war that left a country in ruins had officially ended, Germany had revoked the status of the refugees, and my family was once again forced to seek a more promising life in a country that was accepting refugees. In 1999, a few years after my birth, my family was accepted as refugees into the United States.

Though not much different to Germany in terms of familiarity, my family moved to Chicago, again living in a small apartment, with my parents seeking any type of employment in order to provide food and a new life for their family in a country where they didn’t speak the language. With many records, such as university degrees, destroyed during the war, my family was forced to start a new career and adapt to a new life in a new country. After two years in Chicago, my mother had been contacted by Cornell University with a job offer as part of a program conducted by Cornell that was helping refugees from the Yugoslavian War prove that the refugees had successfully completed a collegiate education. Moving to Ithaca was a sign of hope for my family.

Although Ithaca was not the home they had grown up to love and cherish, 15 years later, my family had worked hard to take advantage of a new beginning, a chance that my family needed so desperately, just as many innocent families need currently. With new anti-immigration policies being implemented by the Trump administration, many innocent and hard-working refugees are not being given the same chance as my family. In fact, United States Citizenship and Immigration Services has revised its mission statement and no longer states that it secures “America’s promise as a nation of immigrants.” The nightmares of war that have destroyed and continue to destroy the lives of so many innocent families are often overlooked by those who have been fortunate to live peaceful lives.

My family, who once lived a peaceful and happy life, fell victim to the brutalities of a deadly war that shattered all hopes and left my family with nothing. America gave my family a chance for a new beginning, a chance needed by thousands of innocent, hard-working refugees, a chance at a new life that is often the difference between life and death.