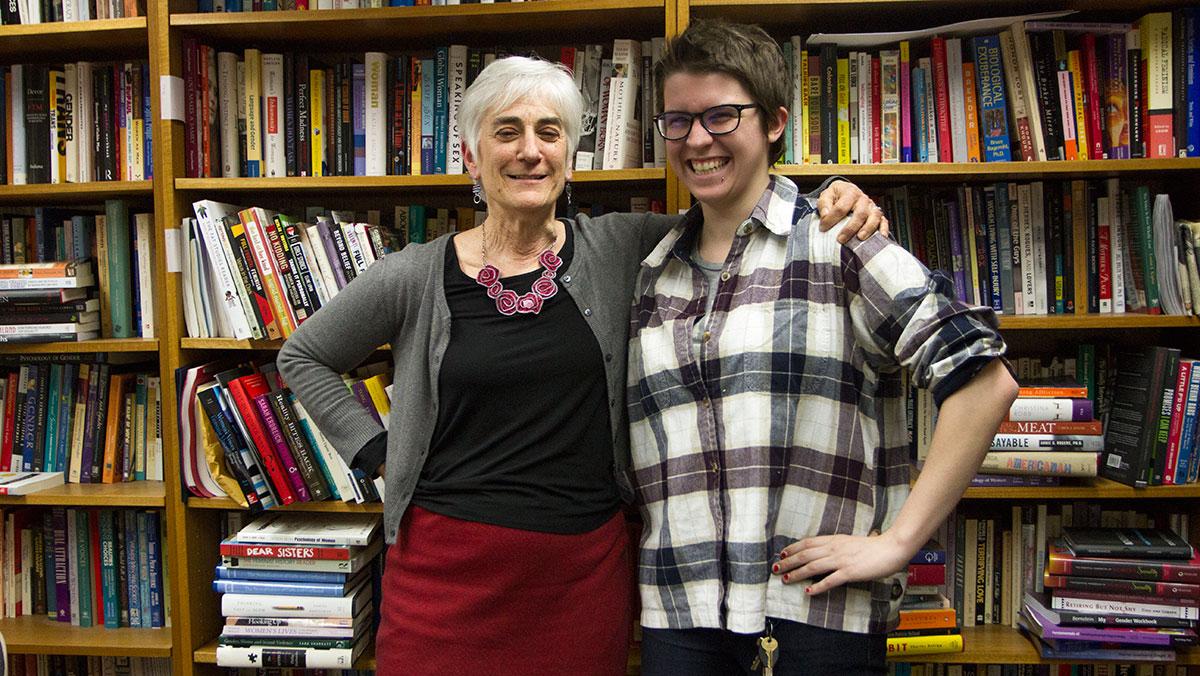 There was much that was wonderful about Geena Davis’ recent visit to campus — she was warm, funny, informative, told terrific stories about her life and career, and shared important research findings emerging from her Institute on Gender and Media. Her presentation to an enthusiastic and packed house in Ford Hall generated necessary discussion about the underrepresentation of girls and women in a range of different media. Most impressive to us were the questions posed by students about intersectionality, the representation of LGBT people in media, the politics of affiliating with Wal-Mart and whether simply increasing the number of girls and women will necessarily challenge the sexism and sexual objectification that Davis acknowledged was so pervasive in media.

There were also a few things that troubled us. Davis’ dictionary definition of feminism as “the belief that men and women should have equal rights” not only reduces feminism to individual beliefs, but ignores the extensive body of literature written by feminist theorists and activists who have defined the term and explored its contested meanings. In contrast to Noah Webster’s opinion, we favor bell hooks’ framing: “Simply put, feminism is the movement to end sexism, sexist exploitation and oppression.” Her definition shifts the focus away from individual beliefs in equality to acknowledgement of sexism and other forms of oppression and points to movements seeking systemic change. Everyone is not truly a feminist, as Davis proposed. “Feminist” is not a badge or a job title. It involves engaging in committed practices, and there are certainly many people who do not practice feminism.

The changes that Davis proposed were also suspect. While her point that overrepresentation of males in media conveys that girls and women are less important is well-taken, we can’t help but feel she missed the deeper problem here. The solution to female underrepresentation is not simply to change male characters into female characters, thus inspiring more girls and women to go into science, technology, engineering and mathematics fields and politics. The real problem is that girls and women who enter forensics or physics or computer science departments are often met with implicit attitudes that they don’t belong there, and at worst with hostility and derision. While seeing more women in those fields might encourage women to go into them, it will do nothing to change the way that real women in universities and labs are treated, even with all the ambition in the world.

It concerned us that Davis made no specific proposal to help remedy the underrepresentation of women of different races, ethnicities, sexualities or body types in media. We fear the push to add more “women” — without acknowledging that gender intersects with other identities — will simply mean greater representation of white, thin, heterosexual women. Adding more women thus becomes a veil for the decreasing visibility of old women, fat women and dark-skinned women. To view such a limited increase in recognition a feminist success does not recognize the long history of intersectional analysis that has been done by feminists on this very subject.

Davis described herself as an Olympian, and it’s clear that she’s passionate about the status of girls and women. How fitting it would be for her to study feminism the way she committed to perfecting her archery and securing a place at the Olympic semifinals. We suggest a good place to start would be bell hooks’ “Feminism is for Everybody.” For a better understanding of the privileged position of whiteness, we suggest Robert Jensen’s “The Heart of Whiteness: Confronting Race, Racism and White Supremacy.”  Engaging with texts like these would better prepare Davis to engage the kinds of questions that well-informed college students, like those at Ithaca College, will ask.