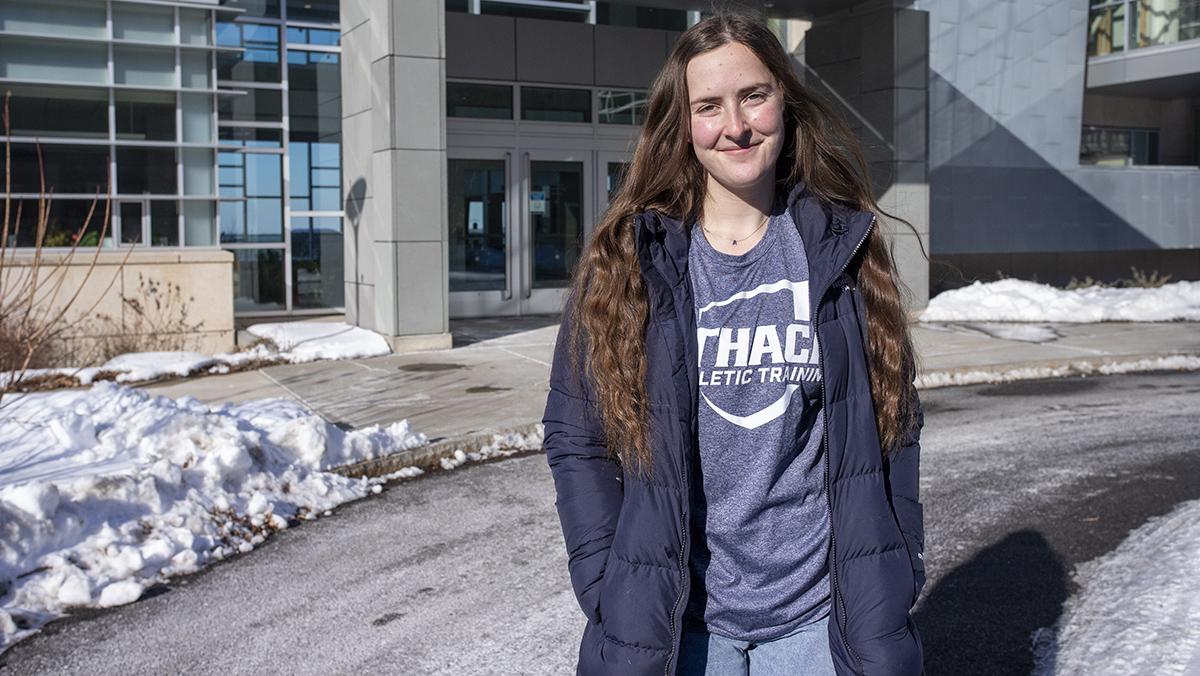 While working as an orientation leader, I was sexually harassed by two male student-athletes at Ithaca College. Having completed countless workplace harassment trainings, I knew what happened to me was wrong and needed to be reported, but I felt that if I reported this no one was going to believe me. Will it be my word against the team’s? Will I be heard? A coworker of mine reassured me I should say something: I deserve to be heard. Putting my trust in the college, I assumed that the process would be fair and quick. This was not the case. I lost my Title IX hearing after being subjected to a semester-long process by the college. The Title IX office not only failed me as a student, but they reinforced the idea that female students should not speak up about the issues that an estimated 81% of all women face in their lifetime.

Title IX states that if you are harassed or assaulted by a student or employee of the college, you are legally protected from being denied any opportunities based on your experience. Our Title IX office failed to meet this goal. As an athletic training student, a majority of my education is centered around the clinical experiences I have with our athletic department. Each semester I am assigned a clinical hour and placed with one team to learn and grow my skills as a clinician. As a result of my harassment case, I will no longer have the opportunity to work with the team my harassers play for and am forced to leave the clinic when they come in for treatment. Thus, I am denied participation and the benefits of a crucial part of my educational program as I continue living with the negative ramifications of my sexual harassment.

After submitting a formal complaint in early September, Title IX reassured me my report would be a top priority. It was nearly two months before I heard anything from Title IX. During those two months I struggled with anxiety and depression resulting from the harassment. I received no updates throughout the investigative process. I finally heard from Title IX during midterms, when it issued a 118-page case file containing every interview and document related to my incident that it gathered between August and September. The day I received the case file, it caused me to relive my harassment and experience such overwhelming anxiety that I failed a midterm. I received no notice that the file would be shared with me that day, leaving me unable to make accommodations with my instructors. A week after receiving the report, I was admitted to the hospital due to a mental health crisis. I believe both of these experiences are perfectly indicative of the level of support the college’s students can expect from our Title IX Office.

Again without warning, one month later, I received an email from the Student Conduct Board offering me just three dates during finals week from which to pick from to have my hearing, further compounding the standard stress every student feels at the end of the semester. I saw the hearing as my only avenue for justice, yet there were no emails encouraging me to hold the hearing. In fact, my Title IX adviser and the conduct board emphasized that I didn’t need to have one.

My hearing was held in December during which I was laughed at by the two students whom I made allegations against along with their lawyers. I was told I was lying and that the negative impacts of this were not real. Compounding the injustice characterizing my Title IX experience, the official decision mitigated both the overall damage they believed could be caused by verbal sexual harassment and the likelihood of sexual harassment being perpetrated by individuals I did not know personally. These are both dangerous falsehoods that will discourage future students, especially women, from coming forward with their experiences.

It took a “quick” three and a half month process to be heard but not believed. Why should I feel unsafe and uncomfortable on this campus just for being a young woman? Yet, these truths define my experience at the college. There is a blatant disregard for students’ mental health on this campus, and there is a lack of support for those making reports to Title IX. The college fails to meet the needs of their students, especially when they are at their most vulnerable.