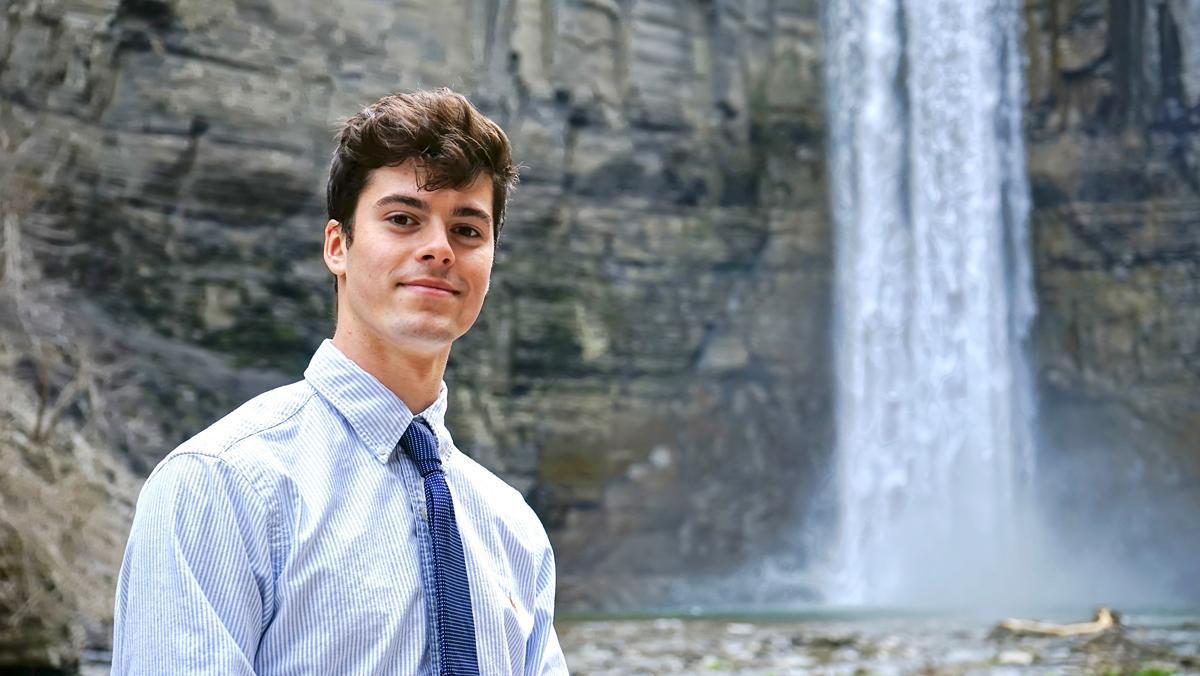 I originally applied to Ithaca College as a documentary studies major. But, in the last few weeks of high school, I became fascinated by the complexity of our climate crisis and wanted to fully understand it. I changed my major to environmental science. I am completely baffled by the damage we are doing to this planet and even more confused by the people who argue that climate change “isn’t real.”

Although those numbers don’t seem like a lot, they are — and they create a big problem. Glaciers are melting, which distributes fresh water into the ocean. This causes desalination, which is the dilution of the salt concentration in the oceans. When this process occurs, it makes it extremely difficult for our oceans to sustain life.

The average global temperature of our planet has been consistently recorded since 1880, and today we are 1.9 degrees above the healthy average. The cause of the increase in the global temperature of our planet is partially due to the introduction of carbon dioxide into our atmosphere from the burning of fossil fuels. Carbon dioxide in the atmosphere traps heat from the sun, making our planet warmer. This process, known as the greenhouse effect, is accelerating the heating process of our planet —  essentially turning earth into a giant oven.

The warming of our planet causes a multitude of problems: extreme weather patterns, water shortages, habitat degradation, famine, and, if it gets bad enough, global extinction. NASA even has a page where you can track the rate of global warming. It shows you in real time exactly what is happening to our planet.

As I write this, thousands of climate-related issues are taking place — one of the more notable ones being the forest fires currently ablaze in the Amazon. The lungs of our beautiful planet are burning down. Meanwhile, our government officials are more worried about getting their hands on Greenland. To me, this is unacceptable behavior for such a crucial time in our history. If our government officials don’t want to make a change, why should you?

There’s a lot you can do to help, quite literally, save the world — more than just recycling and turning off the lights. For example, turning off your computer at night can conserve up to 83% of its carbon emissions. And using cold water to wash your clothes can save carbon emissions. (I never really understood why it was necessary to use warm water in the first place!) It’s so easy to make these little changes in our lives — but it makes a world of difference. Another great thing I love to do is heading to a local reuse center to see what they have lying around that you might find of use. They even have one right here in Ithaca!