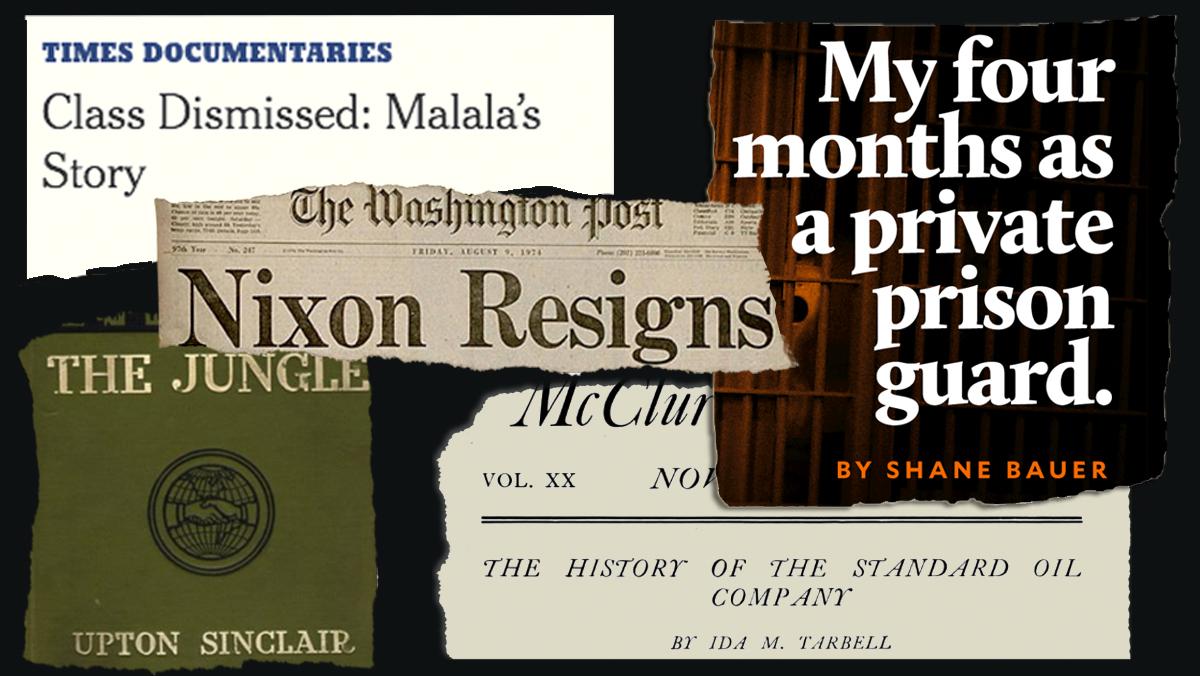 Journalism was not a popular career choice for my parents. We all know I’ll be barely scraping by until I manage to freelance my way back to my small-town newspaper, reporting on the county apple festival or the latest bit of juicy controversy at the monthly school board meeting. My parents, encouraging as they are, never failed to remind me of how dismal my future apparently is. Nothing keeps me afloat aside from the passion for news and investigation — the daring idea that my reporting can make a difference in the lives of many.

After all, I grew up with the heroic images of Woodward and Bernstein, pushing Nixon to resign following the Watergate scandal; Ida Tarbell, shaking the very foundations of Standard Oil under the feet of an unscrupulous tycoon; and Upton Sinclair, peeling open the horrid conditions faced by workers in America’s meatpacking industry. These are the people that shaped the profession, exposing corruption with the swipe of a pen and the audacity to speak out. And real change followed their efforts.

When I came to Ithaca College to study journalism, I was starry-eyed with images of my own potential as an investigator and writer. I had recently learned of Adam Ellick ’99, graduate and producer of the documentary that rocketed activist Malala Yousafzai to the international stage. With so many heroes forging the path ahead of me, I couldn’t have been more excited to see how the Park School would similarly shape me as a reporter.

Stories came and stories went. Semester after semester and class after class, it felt as if I was writing about the same things: this week, the opening of an art gallery; for the next, maybe another feature about bugs and the impending doom facing Ithaca’s ash trees. Juicy stuff. There were times when I tried to dig deeper, but writing for The Ithacan didn’t provide many better opportunities, nor did I feel confident enough in my skills to apply them there. And when I finally attempted to cover something bigger, something important, I fell flat. Reaching further, covering perceived housing discrimination and human rights abuses in the city — topics I felt woefully unprepared to report on — resulted in weak, superficial analyses of the issues at play.

Truth be told, my education thus far has failed to equip me with the tools necessary to dig deeper than the surface. Exposing housing contractors and landlords for their contributions to unfairly high costs of living still seems like an impossible challenge, requiring methods and skills the Investigative Reporter’s Handbook just doesn’t manage to teach you. I’ve had class after class teach me how to talk to people and take notes at the same time, but I still have no clue how to pin down interviews with the sources that really matter, or dig up the documents that could make my journalism truly important.

The college’s journalism department is in need of an overhaul. An in-depth class that centers around the techniques and intricacies of investigative reporting would not only enrich my and my peers’ education, but equip us with the tools necessary to report on stories that are currently too daunting to tackle — and with an execution capable of inspiring change. We need the know-how and encouragement to tackle the big stories with the sharp professionalism we’re capable of, lest we all make names for ourselves covering the county apple festival for our failing local newspapers.

We need to push a bit further than class after class of “inverted pyramid” and proper interviewing techniques, because five semesters into my education, my heroes’ backs couldn’t seem farther away.

Ithaca College recently hosted Carl Corry, the online editor for Newsday, to speak about the rise of smartphone journalism.