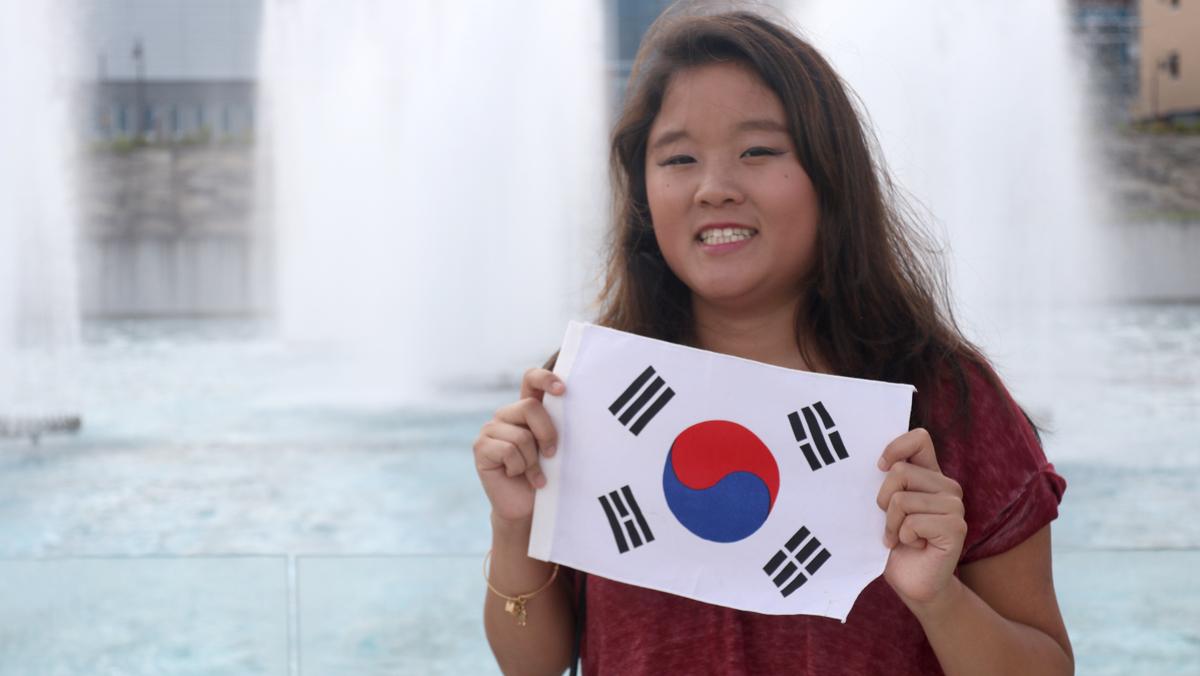 One of the first aspects of Ithaca that drew me in was the amount of diversity and level of acceptance there was on campus. During the first few weeks on campus, I realized that the student body was a community where each member was welcomed regardless of their background or beliefs. What indicated that acceptance to me was how passionate many students were about their backgrounds. All the existing clubs, such as the Italian Club and the African-Latino Society, have shown that students are proud of who they are and want other students to experience this positive mentality too. Having come from a diverse high school and having experienced something similar, it was important that I contribute some way to my new school. At first I did not know how I wanted to contribute, but after reflecting for a while, I knew. For me, it was my own ethnic background.

I was fortunate to have been immersed in Korean culture when I was growing up by going to Korean Culture Camp and going to Korean school. My parents were supportive of me and respected that I wanted to understand what it meant to be a Korean-American. Now that I have tried out different clubs on campus and have seen more of the ethnic breakdown of the student body, I want other students like me to share something important as well as start to educate others who may not know much outside American culture.

The Ithaca College Asian American Alliance welcomes many Asian-American students, but I found I did not relate to many of the students, as they were of different ethnicities. I was surprised to see how many Korean students there were even in my class, the Class of 2021. I came from a high school where the majority of the Asian students were Chinese and Indian, thus I assumed that the majority of Asian-American students would be Chinese and other ethnicities. The Asian American Alliance does have a few Korean students, but when looking at the entire club and the activities, there is a lack of emphasis in Korean culture.

I think starting the Korean Culture Club will be beneficial to our campus community as it will continue to maintain the level of acceptance there is on campus, as well as inform students who may not feel proud of themselves to feel comfortable opening up and expressing themselves for who they are as individuals.

My goal for this club is to expose students more to Korean culture and to continue growing the feeling of community that currently exists on campus. In this club, I hope to do activities such as mandoo night, learn step-by-step dances to K-pop songs and eat at the local Korean restaurants such as Koko.

I am someone who has been shy most of my life and who struggles with self-confidence. However, one part of me that I do not hesitate sharing is my love for Korean culture. I am grateful that I am able to grow as a person and really find myself as an individual at Ithaca. Learning about what is important to me and how I can export those beliefs to others has helped shape who I am as well as who I want to become. I hope to inspire other students to start trying new activities and setting out goals for themselves to achieve and learn more about themselves. Thank you, Ithaca College, for providing me with the opportunity to feel welcome and proud of who I am. A Korean Culture Camp will benefit Ithaca College, as it will encourage the need for more diversity as well as show some of Ithaca’s core values.

Commentary: White allies should be aware of all AAPI cultures