Commentary: ‘Mormon moment’ will live on after election

In 1844, Joseph Smith Jr. was murdered by a mob while he was a prisoner in an Illinois jail. At the time, Smith, founder of the Church of Jesus Christ of Latter-day Saints, was running for President of the United States. Mitt Romney is not the first Mormon to run for high office. I do not mean to suggest that Romney’s life is at greater risk than any other public figure. I mean to suggest that the relationship between religion and politics is complex, historically situated, and worthy of careful reflection. 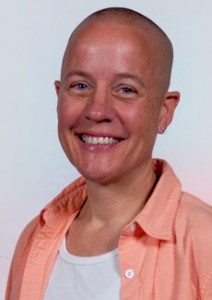 Joseph Smith drew love and self-sacrificing commitment from his coreligionists. Such power is often feared. In the decade and a half preceding his death, Smith had founded a church, published the Book of Mormon and — dogged by persecution and in search of religious freedom — moved his followers from upstate New York to Ohio to Missouri to Illinois. Though some Americans sympathized with the Mormons’ plight, that support flagged when Mormons destroyed the printing press of a paper that had been critical of Mormonism. Smith was jailed. While awaiting trial, the mob murdered him.

Today, Mormonism has become a mainstream expression of American religiosity. Reflected in the fascination with Mormonism in popular culture, including the successful Broadway musical “The Book of Mormon” and Newsweek’s labeling of our time as the “Mormon moment,” this mainstreaming of Mormonism had its turning point more than a century ago, crystallized in controversies surrounding Reed Smoot’s election to the U.S. Senate.

After Smith’s death, the main Mormon body sought religious freedom outside the U.S., migrating west to Utah, then to a part of Mexico. Within months, after the signing and subsequent ratification of the Treaty of Guadalupe Hidalgo, Utah became United States territory. After a half-century battle over polygamy and Mormon authority, Utah became a state. In 1902, Reed Smoot, a high-ranking Mormon official, was elected senator, sparking a four-year debate in Washington, D.C., regarding his fitness to serve. The Senate sustained his election, and Smoot served for the next three decades. From polygamists to champions of more traditional family values, from religious refugees to responsible citizens, the Mormons transformed their position vis-à-vis the American society.

For their part, Americans have become increasingly more accepting of non-Protestants holding elected office. A Roman Catholic running for president today does not have to endure the same religious questioning that plagued John F. Kennedy’s 1960 presidential campaign.

In recent weeks, the mainstream media has been quick to report on evangelical Christian discomfort with Romney’s religion. Part of the discontent seems to stem from a concern that Romney’s candidacy further legitimizes a religion they deem heretical. The camel’s nose, however, is already under the tent. It is largely irrelevant whether Romney secures the Republican nomination for president or goes on to win the Presidency — the “Mormon moment” will be sustained. In 2020, Mormons will mark the 200th anniversary of Joseph Smith’s miraculous vision in a grove of trees in upstate New York. In 2030, they will commemorate the 200th anniversary of the publication of the Book of Mormon. Mormonism has come of age and it is irrevocably established in the American landscape. We will be hearing more from them.

Nancy Menning is an assistant professor of philosophy and religion. Email her at nmenning@ithaca.edu