Commentary: National anthem helps us understand the US 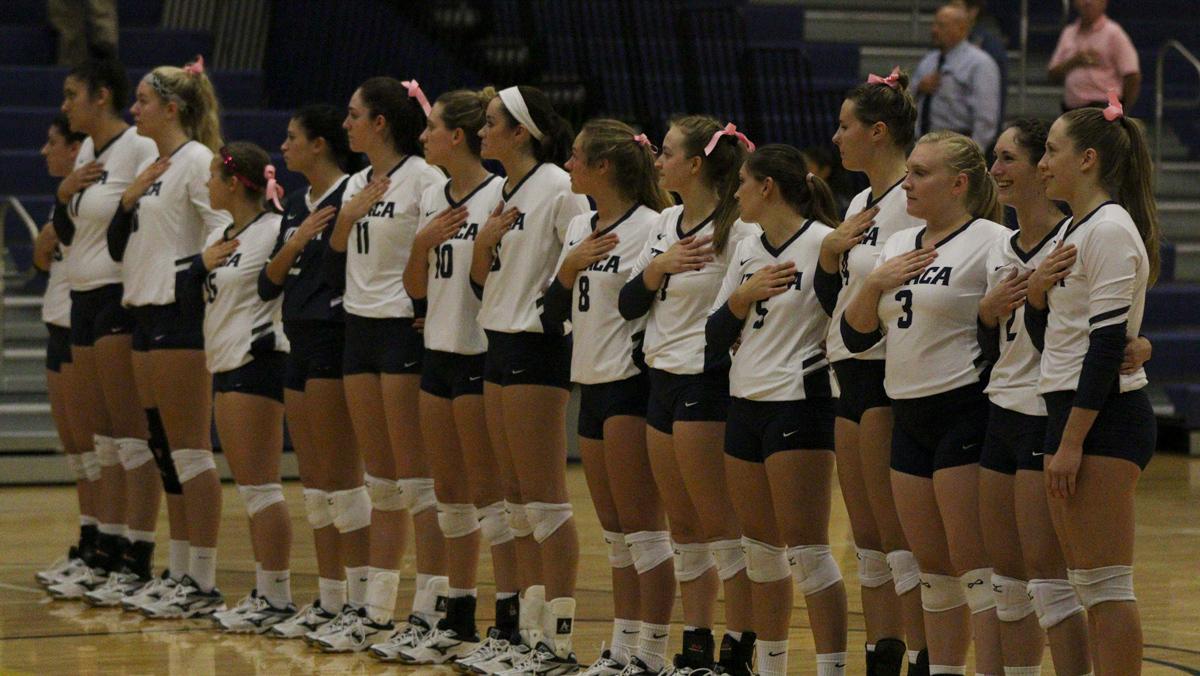 As an athlete and a fan, my obsession with sports and sports culture has consumed me in the best way for most of my life. For anyone who religiously follows baseball, basketball, football or soccer, there’s a certain sense of happiness and comfort that comes with the time spent following your teams through fantasy, social and live on a daily basis.

The same can be said for playing sports — when I’m on the mound, gripping a fastball, I feel the familiarity of having thrown that pitch so many times, which puts me in a position of control. I have a certain sense that if I just relax, everything will be fine.

This is why I bear the awkwardness of the national anthem at sporting events now; I never really liked having it played before my sporting events, and it would be strange to say you are looking forward to the different players either standing for the flag in what could be considered a “counterprotest” to all of the players either in locked arms, or sitting down while the national anthem plays and the American flag is being held by service members before a game starts on T.V.

It’s difficult for many sports fans to think critically about the socio-political motivations of the United States before watching a bunch of athletes — many of whom are black — make millions of dollars playing a game. As a fan, you can’t avoid this away from the television screen, either. My Twitter feed was clogged with controversy around the players and what it meant to #TakeAKnee or explanations for why #IStand.

I enjoyed reading the discourse that followed because people began asking many important questions: What does saluting the flag mean during the national anthem? Is there a standard that we hold for the flag? Can people demand more from what the American flag is supposed to represent by not saluting? And most importantly, where do I stand on the core issue that Colin Kaepernick first sat down for — ending police brutality against people of color?

It’s easy to get lost in the crossfire of commotion and media coverage over NFL athletes and forget the core cause. It is not intended to be a protest against Trump, despite Trump’s tweets. It is a late attempt to honor the intent behind Colin Kaepernick’s protest after he was blackballed by the league, and to increase national attention on an important issue, which is that people of color are killed by the police at a disproportionately higher rate than white people are.

Taking away the national anthem would be saying that athletes and sports fans are not capable of discussing racial issues in this country, which is not true. An organic discussion has taken place about whether the U.S. government’s arm of force amongst citizens has systematically killed people of color at a higher rate. Even if you think it’s disrespectful to not salute the flag, the conversation has progressed.

Alejandro Villanueva, a veteran who served three tours before becoming a lineman for the Pittsburgh Steelers in 2014, stood outside of the tunnel before their game at Chicago on Sept. 24 while the rest of the team was in the locker room in order to avoid any political involvement. Villanueva had previously made comments that criticized Colin Kaepernick’s initial protest a year ago, so it was safe to say this was a strong counterprotest.

The next day, Villanueva held remorse for going against the unity of his team. While his jersey spiked in popularity amongst those who support standing for the flag, Villanueva explained that the American flag has a different meaning for many vets — he said that the picture of him standing outside of the tunnel makes him feel “embarrassed.” Villanueva has since said that he respects all of his NFL peers and that it’s not acceptable to use his counterprotest as a tool in the anthem debate.

It’s about being an ally for your peers, being a bigger man and uniting behind those who are fighting for equality. For these protests to be effective, U.S. citizens on both ends of the political spectrum must carry out civilized discourse about both what the flag ceremony means to them as well as where you stand on police brutality against people of color.

Will the protests end when police brutality goes down? I hope that is the end effect, however, these protests are only the beginning of a discussion to bring police brutality to an end. I’m trying to do my part and contribute. Let us all ask our flag: Are we doing enough?

Letter to the Editor: Anthem protests about racial injustice