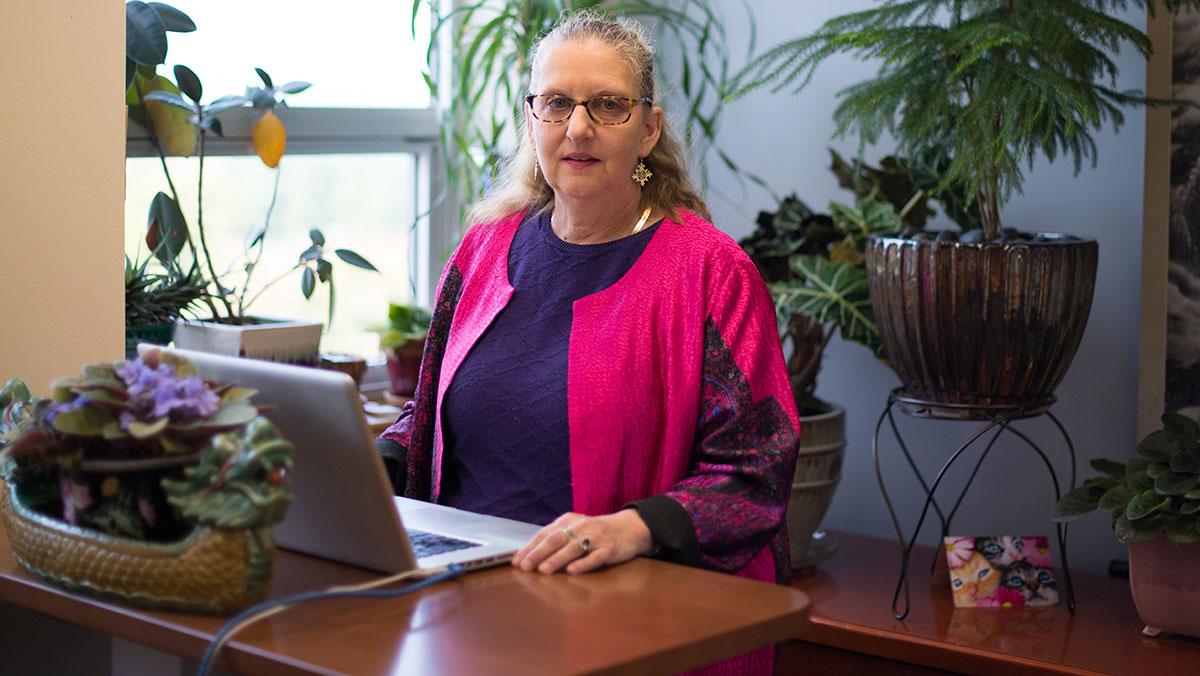 My grandfather Ernie, born in 1898, had a seventh-grade education. He was forced to leave school when his mother died and he and his brothers were needed to work the family farm. He eventually worked for over 40 years in Akron, Ohio, making tires from molten rubber in a hot Firestone factory. Every day, without fail, he read the Akron Beacon Journal and, as he grew older, he always watched the nightly news. How he wished his father had listened to the schoolteacher, who came to the farm and begged that such a smart boy be allowed to stay in school.

How many of us — living in the midst of higher education — read, watched or consumed the news yesterday?

The harder part is figuring out which news sources are reputable, fair and balanced — and always knowing who owns those news sources. Just ask the journalism faculty or Jeff Cohen, founding director of the Park Center for Independent Media, or listen to the thousands of predominantly college-age students who, as I write this, are demonstrating in Hong Kong for a truly democratic government.

It’s never been easier to engage with news, and Oct. 7 is the first ever National News Engagement Day, the brainchild of the Association for Education in Journalism and Mass Communication. Yeah, I agree that this “nonprofit, educational association of journalism and mass communication educators, students and media professionals” could use a catchier title, but the goal of a day devoted to news engagement is, sadly, much needed.

This is particularly important in a country where the voter turnout in national elections has dropped from 62.3 percent of all eligible U.S. voters in 2008 to 57.5 percent in 2012, according to Center for the Study of the American Electorate.

The Park School is sponsoring a great panel discussion Oct. 7, at 12:10 p.m. in the Park Auditorium for National News Engagement Day. The panel will be moderated by Bob Kur ’70, former NBC News national correspondent, MSNBC host and anchor at WTOP all news radio in Washington, D.C. The topic is “Local Media and the Importance of Audience Engagement.”

Then, from 6–8 p.m., The Ithacan, ICTV’s Newswatch 16 and the 92 WICB and VIC Radio studios will be holding a student media open house. Remember, any student at Ithaca College can participate in these student media operations, so go ahead and volunteer to work for them while you’re visiting. Real news always requires many perspectives, so these media would love students from as many majors on campus as possible.

Finally, at 7 p.m., the documentary “Silenced” will be screened in Park 285 followed by Jeff Cohen leading a Q&A session.

Please come to one or all of these events Oct. 7. Tweet what you’re thinking about the news on that day. Take time to download on your phone the plethora of free news apps, such as The Ithacan, CNN, ABC News, USA Today, MSNBC, The Washington Post, The Wall Street Journal, The New York Times, AccuWeather — yep, weather is news — or any number of more independent media not owned by large corporations. I would also recommend that you agree to receive news alerts on your phone.

It means you’ll sometimes be very depressed, like the day I was walking to a meeting across campus learning how Sandy Hook was unfolding as news alerts kept beeping on my phone, but you’ll also know immediately if the unemployment rate drops, or if Syria is bombed, or if an NFL Commissioner resigns, or if a young college student who went missing near the University of Virginia could be linked to the death of another young woman in 2009, or if one of the busiest airports in the world is shut down or — well, you get the point.

My phone just beeped — Michael Phelps was arrested for driving under the influence. Never drink and drive. But what does that have to do with National News Engagement Day? Everything.

One thing I promise: Keeping up with the news is endlessly fascinating, and it has the added benefit of making you much smarter.