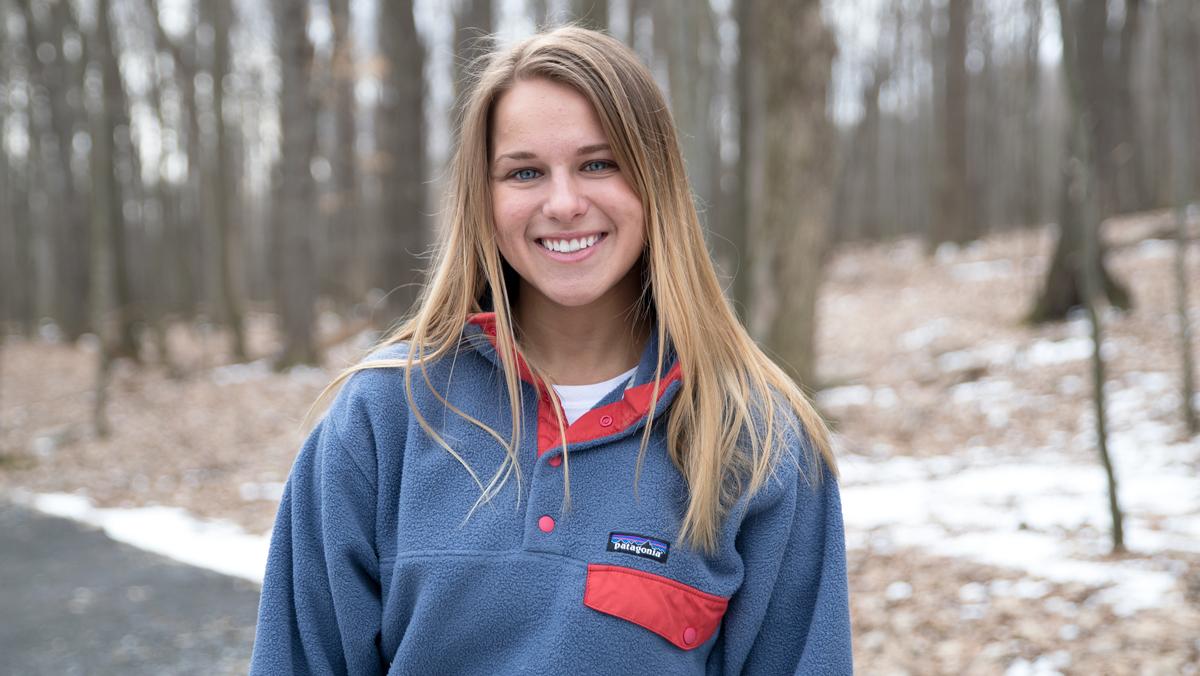 Tenzin Namgyel/The Ithacan
Sophomore Katherine Sinclair writes about her role in founding the college's Outing Club and how it is important for students to utilize and enjoy the natural lands surrounding them.
By Katherine Sinclair
Published: March 27, 2019

When I was a prospective college student, I would make sure to make a list of questions before each tour. I would also make a pros and cons list for each of the schools I visited, starting the list before the tour and adding to it after. One of my top pros for Ithaca College that I wrote in all caps on my notes list was the outdoor outlets that the school had to offer.

I remember asking on my tour if there were clubs that had hiking and camping opportunities, and my tour guide said that there were. In that moment, I remember turning to my mom with a big smile on my face and feeling content that I would find my group right away. In high school, it was always a tug of war to successfully convince my friends to go on a hike with me. I knew that in college I wanted to branch out and meet new individuals who shared my love for the outdoors with me. Hearing that there was already a group formed made me immediately drawn to Ithaca.

I ultimately decided the college was where I wanted to go. Come Fall 2017, I finally arrived at my West Tower dorm. Being an eager freshman, I had already written in my calendar when the org fair was and was itching to get involved. When the day of the Org Fair came, I signed up for clubs of all kind but couldn’t find the one club I had my eye out for. I eventually decided to ask if it even existed after taking many laps around the room and scanning each poster for any indication of doing outdoor nature activities. When I was informed that no club existed, I felt a lump in my stomach. The one uppercase pro on my list for this school didn’t even exist. I was upset but mostly confused. Why would a school with so many outdoor attractions not have any outlets to take part in them?

I remember calling my mom directly after to express my disappointment and her saying, “If you want change, take action.” I let first semester fly, being distracted by social pressure to meet everyone and be as social as I possibly could be. However, I still felt like there had to be others at this school who felt like it was a missed opportunity to not have a club that fosters an appreciation for the outdoors when we have the Ithaca College Natural Lands right in our backyard.

I eventually started to act on my mother’s words. Like I had thought, it turned out others wanted this club too. I decided to reach out to another freshman that I knew also enjoyed doing outdoor activities. After talking to the current president of the club, Colleen Euclide, she told me she had already started to find a group of others who were also motivated to make this club happen. After finally going through lots of paperwork, we pulled together an initial meeting at the end of last year. Coming back to school this year, we found out that there was even more paperwork that had to be filled out before we could actually hold events and be affiliated with the school.

The club facilitates all sorts of outdoor, skill-building, and environmental stewardship activities. This semester, the Outing Club finally had its first event and has more trips planned for the future. The next upcoming event is a rock climbing trip that will be held April 20. The club has many ideas on different events the club would like to facilitate and is open to any suggestions from members on activities that they believe should be held.

Today, the club has 171 members and is continually gaining interest. Not only are members attracted to the club’s sense of community, they also recognize the opportunity to appreciate the outdoor outlets that are accessible through the Outing Club. If anyone wants to hear more or participate in any of the events, make sure to follow @ithaca.outing.club on Instagram and join the Ithaca Outing Club Facebook page.