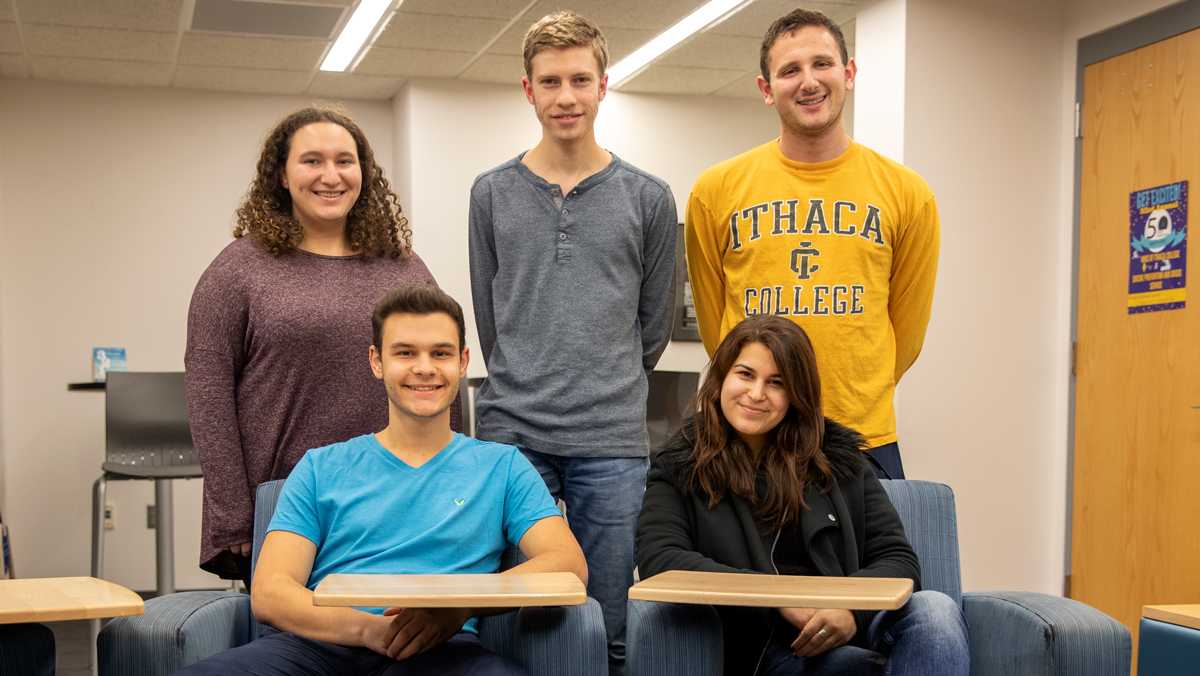 In The Ithacan issue dated November 28, 2018, Ithaca College’s Students for Justice in Palestine (SJP) stated that “equating Palestinian activism to anti-Semitism is highly unfair.”  We agree with SJP in that supporting the rights and welfare of Palestinian people is not anti-Semitic. Student Alliance for Israel cares about these issues as well and considers themselves pro-Palestinian as well as pro-Israel. However, over the last several decades, we have seen instances where solidarity with the Palestinian people has morphed quickly into anti-Semitism. A historical rhetoric that questions the sheer legitimacy of the State of Israel must not be tolerated under any circumstances. Jews are indigenous to this area; Israel provides self-determination to the Jewish people and is the world’s only Jewish-majority state.

SJP’s op-ed implies that the sovereignty of the Palestinian people has been violated. Although there was a Palestine prior to 1947, there was no officially declared Palestinian State to begin with. The plan for dividing Palestine into two states, one Arab and one Jewish, known as the 1947 UN Partition Plan, was in fact accepted only on the Jewish side. The Arab constituent opposed such a solution and responded by launching a war, later to become known as the Arab-Israeli War of 1948, against the newly formed Jewish State. This Arab mindset of refusing to accept Israel’s existence continued until Egypt and Jordan made peace treaties with Israel after waging three aggressive wars against it in 1948, 1967 and 1973. Israel gained control of the West Bank and Gaza, which were previously occupied by Jordan and Egypt respectively, during the 1967 Six-Day War. Unfortunately, other countries like Syria and Iran, in addition to Hezbollah in Lebanon, continue to be virulent and dangerous enemies of Israel.

Then, after the Israelis withdrew from the Gaza Strip in 2005, the result became worse. Hamas, which both the European Union as well as the United States have declared to be a terrorist organization, built tunnels into sovereign Israeli territory to invade Israel. Since then they have continuously fired missiles across its border into Israeli cities and towns. Also, in order to carry out its incendiary balloon campaign, Hamas diverted helium away from their hospitals in order to fill their balloons with the helium instead. This had led to a shortage of helium for medical purposes throughout the Gaza Strip. Why? You only have to read the 2017 Hamas Charter to understand that they believe the existence of Israel is intolerable. How then is it possible for Israel to be a constructive partner in solving the deplorable situation in Gaza with such an unrelenting enemy as its neighbor?

Furthermore, the notion conveyed by SJP that “these protests, which started off peaceful but then turned violent after Israeli soldiers fired at Palestinian activists” does not reflect the reality of the situation. In fact, Hamas had people approaching the border fence throwing stones, Molotov cocktails, burning tires, and in a few instances, attempts to place explosives along the fence followed by arson kites being flown over the border fence as well as the incineration of more than 8,000 acres of forests and living creatures. Hamas had carefully orchestrated this, knowing that Israel would not allow its border fence to be violated and its territory to be invaded by Hamas. Israel fought back to defend its own sovereign rights and its citizens from harm, just as one would hope any rational country would do.

SAFI recognizes Israel as the official, indigenous homeland of the Jewish people. Like many others, we recognize that Israel is not perfect and that it has flaws just like every other country in the world. Therefore, as individuals, we hope we can start a dialogue with SJP members about the well-being of the Palestinian people with the understanding that Israel is not solely responsible for their dire situation or its solution. Our desire for peace and prosperity for all people in the Middle East is strong, and we hope that SJP has similar aspirations.