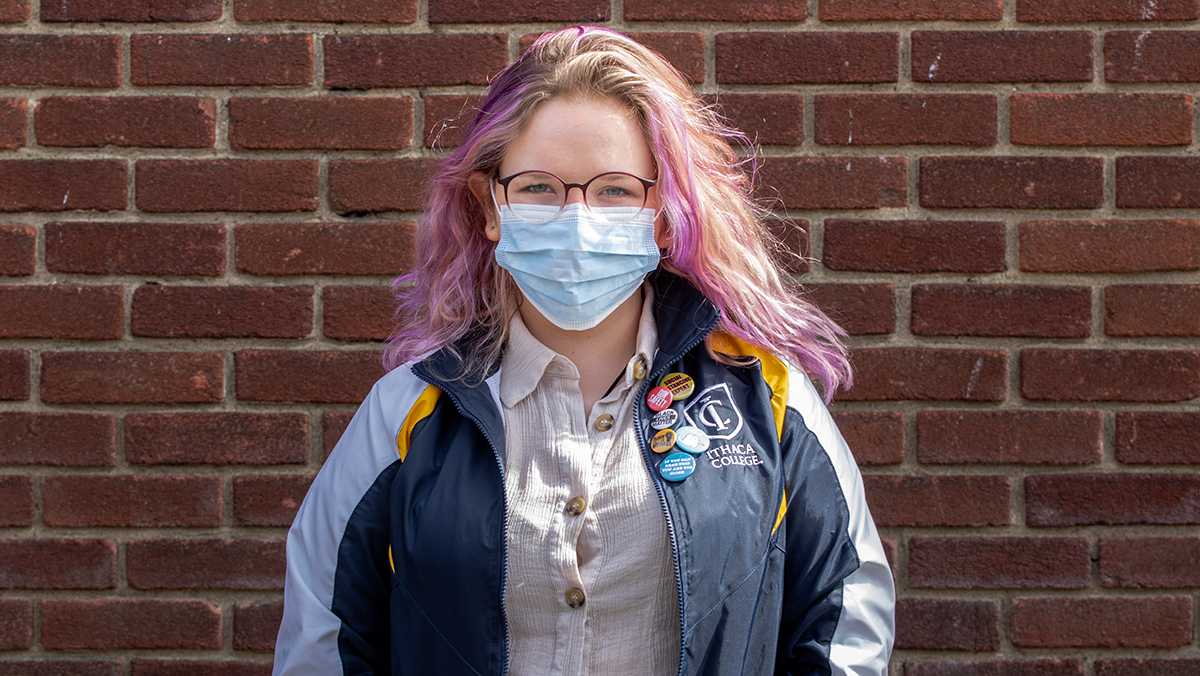 Courtesy of Richard Morris
Junior Megan Handley is a tour guide in the Office of Admission. Handley has struggled to discuss the recent faculty cuts and lack of transparency from the administration with prospective students.
By Megan Handley
Published: March 24, 2021

Anyone who knows me knows that I love my school. When I came home from my personal campus tour in 2018, I knew I had to go to Ithaca. I said something to my mom along the lines of, “If I go anywhere else, I’ll picture myself here.” Looking around now at a college and world changed by a pandemic, economic decline and administrative negligence, I’ve come to wonder if I would have made the same decision.

Now, as a junior, I do a lot of things. I write across different organizations on campus. I’ve had three internships. I’ve been on four different ICTV shows. My job as a tour guide in the Office of Admission, however, has been the one most affected — and not in the way you’d imagine. You’d think the main hindrance would be not being able to meet prospective students in person, but the biggest roadblock has come with my dedication to transparency.

As a tour guide, my number one priority is honesty. Having been on over 15 college tours before committing to Ithaca, the thing that bothered me most was when I felt like I was walking through an hour-long advertisement. I remember wondering how it could be possible that everything about a school was positive, that each institution was this pillar of academia and personal progression — a haven compared to the public high school I attended, where at least half of the students were only there out of obligation.

Leaving my Ithaca tour as an undergraduate, I thought this idea of perfection was the case. Even though my tour guide had been honest about how cold it was and that the food was about what you’d expect from a dining hall, everyone around me seemed to be glowing; they were all laughing in groups, advertising clubs, or simply just studying something they wanted. I wanted that.

And now I’m here, giving tours and telling prospective students whose shoes I was once in that the food is, in fact, par at best. But now, I have to handle something new entirely — I’ve cracked through the facade the college advertised. I’ve seen the administration talking in near riddles to explain essential rules regarding COVID-19 or faculty cuts; I’ve spoken to a favorite professor on the edge of losing their position. I’ve gotten sick (as all first years inevitably do). I’ve made friends who didn’t last. But, in the end, I also made friends who did, and those are the people that have made everything more than worth it.

But how do you tell all of this in a Zoom panel with wide-eyed students who haven’t been able to set foot on a college campus, one they’re supposed to soon be paying thousands of dollars to? How do I tell them yes, it’s terrible what’s happening with our faculty, and I’m not happy, but I still wouldn’t choose anywhere else to be getting my college education?

It’s been a process of learning how to bridge this disconnect, especially through learning how to express love for something even when you’re at odds. But one thing I know for certain: We won’t make any progress toward making this place one that matches the glowing advertisement without having an open conversation about it. It’s okay to not be perfect; nothing in life is without flaws. What’s not okay is impersonating perfection, hiding bruises showing clearly on the surface.

To the incoming class at any university — no college is perfect. Ask the weird questions, the ones that make you feel awkward but end up being the most important. At your next tour, instead of asking a student what the dining hall is like, ask why they’ve decided to stay where they are. Ask them why they decided to love a place and its people so deeply even when faced with the most difficult of battles. Only there will you find if that is the place for you.

Commentary: Why I choose Manolos over men

Commentary: Community Solidarity is a Necessity — A SHEL Perspective