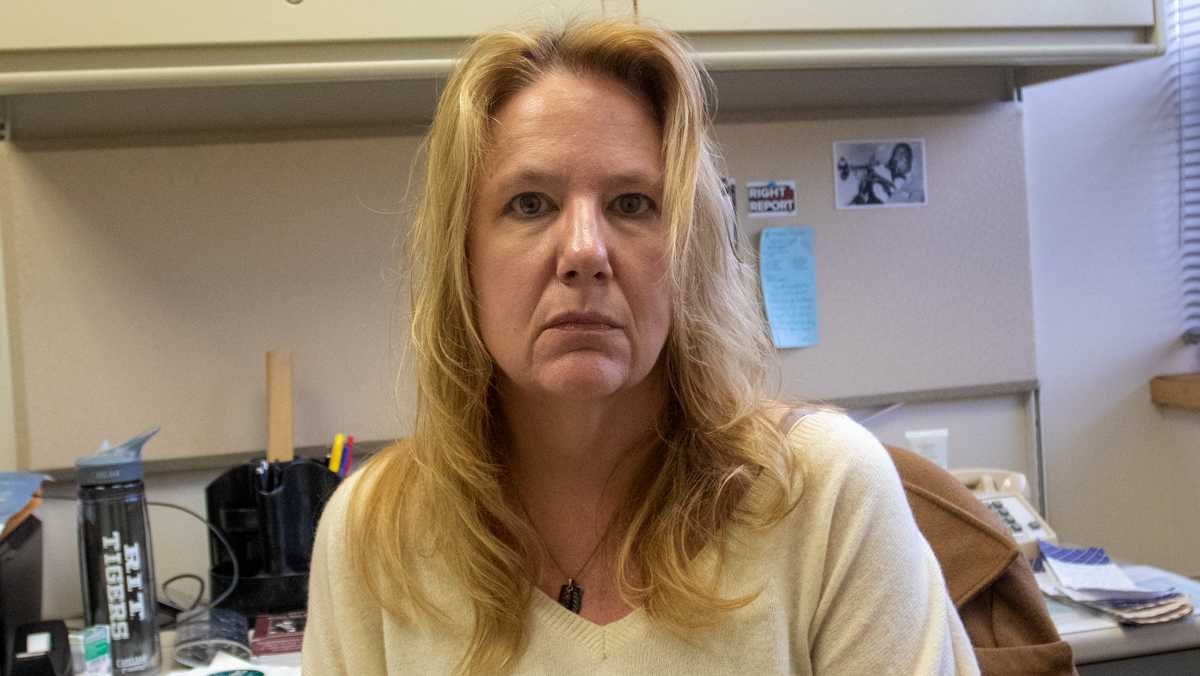 Molly Bailot/The Ithacan
Allison Frisch, instructor for the Department of Journalism, writes that regardless of the obstacles Donald Trump and other sources put in reporters' way, journalists will persevere.
By Allison Frisch
Published: November 26, 2018

Working journalists know all too well the challenges inherent in reporting on powerful government officials. This is not a new phenomenon, and it happens to those working at news organizations large and small. It comes with the territory when you are seeking truth from power.

When President Donald Trump this past week lashed out at several journalists, he proved once again he has no reverence for the First Amendment protections afforded a free press under the U.S. Constitution.

Breaking our democratic systems, or using them for his personal benefit, appears to be Trump’s motive — and he clearly has a target on the U.S. press because, in some camps, it’s not doing his bidding. In others, journalists play into Trump’s hands, but that’s a topic for another essay.

That most of the journalists attacked most recently are women of color does not come as a surprise. This president, despite his rhetoric, has little regard for underrepresented working people.

When journalists Yamiche Alcindor and Abby Phillip dared to ask challenging questions about Trump’s gleefully self-described “nationalism” and his appointment of (Robert Mueller/Russia investigation critic) Matthew Whitaker as acting attorney general, he assumed his defensive crouch, the hallmark of which is bullying.

Trump called Phillip’s question “stupid,” and elaborated, saying, “You ask a lot of stupid questions.” He called Alcindor’s question about the perils of stirring up nationalist sentiments “racist.” How dare these women challenge him.

Bullying 101: Deflect and project your own attitudes onto the other and try to intimidate them so you won’t be vulnerable to having your true insecurities exposed.

As an aside regarding the White House revocation of CNN reporter Jim Acosta’s press credentials, Trump took the opportunity to once again blast reporter April Ryan as he has done in the past.

A journalist’s questions, by nature, can and must be a challenge to power. Trump, because he is so intellectually ill-equipped to debate at the level of these journalists, resorted to the only thing he really knows: playing the bully.

I worked as an editor at The York Dispatch, a newspaper in York, Pennsylvania, during the 2016 campaign and elections. When we sent journalists to Trump rallies in Harrisburg, Pennsylvania,  and other south-central cities, they were, indeed, put on a platform behind a cage-like barrier. Trump then incited his fans to harass those journalists.

These are hardworking reporters and photographers, making a living wage, but no more. They work 12- to 14-hour days in the service of the citizens of Pennsylvania. What they received at these rallies, in turn, was hateful, harassing jabs from a wealthy, spoiled, low-information presidential candidate and his fan base, the very people our journalists vowed to inform about corrupt officials and abuses to our democratic system.

Sources often believe that they should be in control of the narrative and that journalists should act as a public relations conduit. They also often incorrectly believe that, without their input, there will be no story.

But access should never be necessary for a journalist to do their job. Although Acosta’s White House credentials were revoked, he still traveled to Europe this week, where the president was meeting with other leaders.

Bob Woodward and Carl Bernstein had no access to the Nixon White House, yet their reporting changed the course of history.

Jodi Kantor and Megan Twohey at The New York Times and Ronan Farrow at The New Yorker didn’t have access to Harvey Weinstein, the powerful movie executive now charged with rape and related offenses largely due to their reporting. In fact, it is alleged that he threatened reporters and sources on that story so they wouldn’t continue to pursue it.

When I was a cub reporter and I would lament to my editors that the subject of my inquiry wasn’t willing to participate for a story or grant me access, I received the best advice they could have given me. I would offer that advice to the press corps today:

You have the agency. Get the story anyway.