Commentary: Retiring with pride but frustration 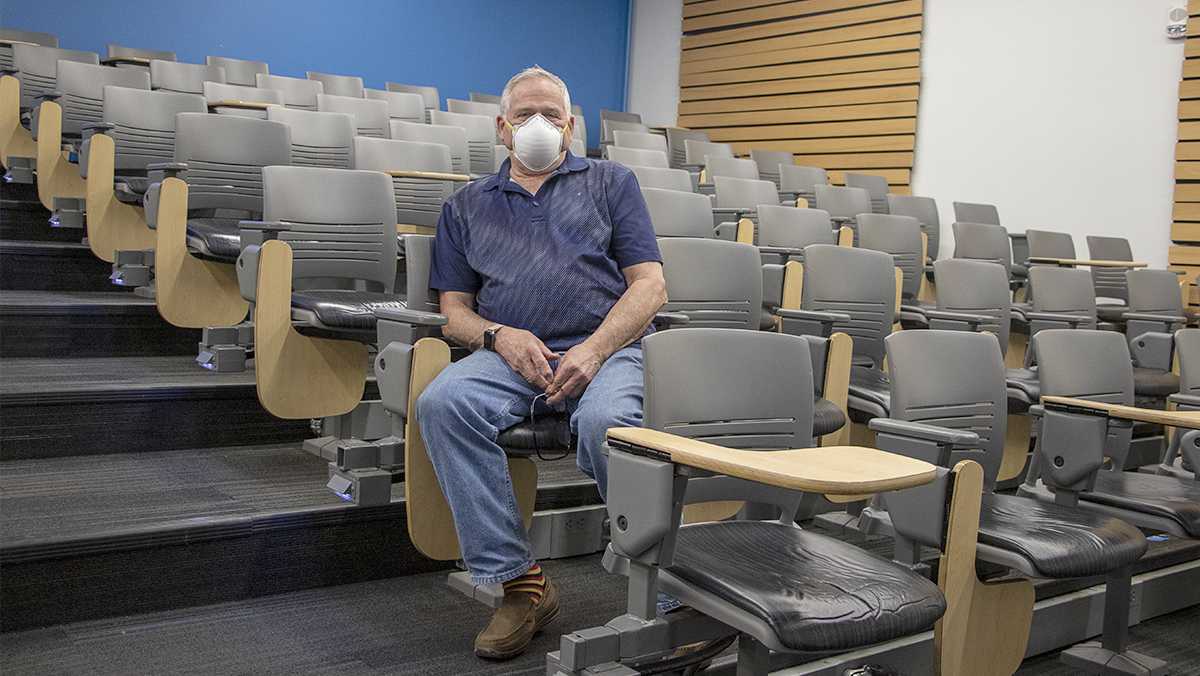 Abbey London/The Ithacan
Stephen Mosher, professor in the Department of Communication Studies, reflects on the leadership at Ithaca College and missed opportunities that could have strengthened the college.
By Stephen Mosher
Published: May 4, 2021

This is my last week teaching at Ithaca College, and what I have been thinking for the last few years is that the college is becoming … “less than.”

Thirty-three years ago, I arrived at the college to teach in and coordinate the Sport Studies program. A bonus to this dream job was that Hill Center had a few bowling alleys just a few feet from my office. I imagined offering my expertise in bowling — I’ve taught bowling at the University of Minnesota and at UMass Amherst while also being on their bowling teams. Imagine my disappointment when I learned the bowling lanes were to be removed from Hill Center. How is it possible that a location for student engagement and exchange of social capital could be removed? The only answer I received was, “Bowling just isn’t a part of the future IC experience.” Never mind that 45–70 million people bowl and over a million are in formal leagues.

A few years later — against faculty wishes — two schools were merged into the present-day School of Health Sciences and Human Performance (HSHP). And the erosion of physical culture majors and programs — Health, Physical Education, Recreation, Dance, Exercise and Sport Sciences — began. Sport Studies became part of the Department of Exercise and Sport Sciences and later teamed up with the Sport Management and Sport Media programs to become our own department.

While the next decade proved that these three majors formed one of the most formidable undergraduate programs in the nation, it was clear that all was not well. The split-up was extremely contentious and the answers given were not satisfactory for me. When I proposed the sport studies degree move from Bachelor of Science to Bachelor of Arts, the HSHP dean responded, “Why would you want that? There’s no value in a Bachelor of Arts.”

Then came the top-down decision — with absolutely no faculty input — to eliminate the sport studies major (one of the most racially diverse programs at the college) and send sport management to the School of Business and sports media to the Roy H. Park School of Communications. Just like that a vibrant, successful program was gone! Replaced with a concentration, a program with less association with the liberal arts, and … nothing.

Over my three decades in Ithaca, I’ve been fortunate to be involved in remarkable short-term study abroad programs. From 2000–08, I spent three weeks every May in the Dominican Republic with Hector Velez, adjunct associate professor in the Department of Sociology at Cornell University and former professor at Ithaca College, and witnessed life-changing lessons from students facing unspeakable poverty. I remember walking with my colleague through the streets of the Colonial Zone of Santo Domingo and looking at buildings that were to become the Ithaca College Caribbean Center, but that never materialized. A few years later, I was on the verge of being the first faculty member in residence for the relocated Center in Antigua. And the plug was pulled. Ithaca College missed two golden opportunities.

Perhaps the most telling transformation over my time at Ithaca College — based on my area of expertise — is that at the same time the college has committed precious financial resources to enhance “student life” with facilities like the Fitness Center and the Athletics and Events Center, the School of HSHP has diminished or completely eliminated programs focusing on play, sport, physical education and recreation. It seems that without a credentialing system, programs have little value. Everything is monetized. The college seems incapable of appreciating the rewards of simply nourishing the spirit.

Today, we have treadmills and rowing machines so exercisers can plug in their earbuds and workout in solitude on a walk to nowhere, but we don’t have a bowling facility where campus members can gather together and learn an important, lifelong physical skill while having fun and enjoying the company of one another. Bowling remains the most heavily participated sport in the nation, and Ithaca College is … less than.

Commentary: Now is a crucial time for shared governance