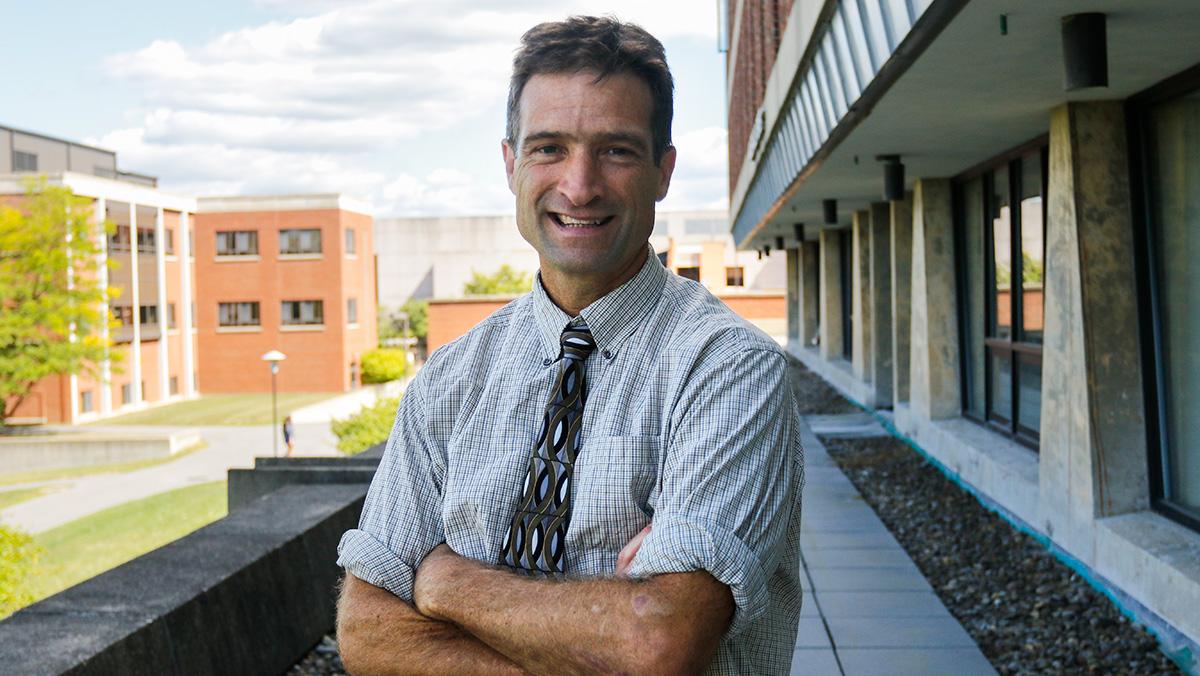 Jade Cardichon/The Ithacan
Associate professor Michael Smith writes about the impact rising and warming ocean levels will have on many coastal areas and marine ecosystems across the globe.
By Michael Smith
Published: September 20, 2016

Two weeks ago, the East Coast of the U.S. suffered mild flooding as a result of Hurricane Hermine, including many of the same areas badly damaged by Hurricane Sandy’s storm surge — areas familiar to many IC students. It was a reminder of warming, rising seas and that coastal areas in this country and around the world will bear the brunt of climate change over the next several decades. Island nations such as the Maldives, Seychelles and Tuvalu will almost certainly be gone by 2100.

Major cities like New York, Boston, Philadelphia, Miami and Portland are now projected to have large sections underwater by then. If you need help for visualizing what this might look like, well, there’s an app for that. In the wake of the Paris climate talks late last year, Climate Central released a mapping tool that will allow you to see what neighborhoods in your favorite coastal city will be singing “Yellow Submarine” by century’s end.

As with so many aspects of global warming, however, last year’s forecasts are often upended by this year’s science, generally in the direction of an acceleration of trends toward a much hotter planet that will be inhospitable to civilization as we know it. With that in mind, as an experiment, I’m going to utilize the phrase global warming instead of climate change for the rest of this piece. A recent Yale University study reveals that the term “global warming” actually resonated as a more urgent problem with the general public than the term “climate change,” though the latter term more accurately describes the various phenomena being produced by industrial civilization.

The effects of global warming have been noticeable in the fifteen straight months of record-breaking temperatures (and in the dorm rooms across campus the past two weeks). But terrestrial temperature increases over the past 20 years pale in comparison to the staggering increases in temperature of the Earth’s oceans. According to a new report from the International Union for the Conservation of Nature (IUCN), over the past 50 years the planet’s oceans have absorbed 93 percent of the extra heat resulting from human-produced greenhouse gases. Were the oceans not such an effective sink for this heat, we would already be experiencing the apocalyptic conditions of drought and famine forecast for the coming decades by the Intergovernmental Panel on Climate Change (IPCC).

But the IUCN report concludes that we won’t be able to count on this ocean buffer for long.  Rapidly warming oceans are already responsible for a range of challenges to human civilization, from an increase in hurricane activity around the world (25–30 percent per degree of warming) to significant changes in rainfall in places like North America and India. Finally, hotter oceans absorb less CO2, which means the rate of greenhouse gas loading in the atmosphere increases, one of the many nasty feedback loops associated with global warming.

Like so many op-eds that try to persuade readers of the urgency for action on global warming, this one has so far been relentlessly anthropocentric. But ocean warming threatens far more than our civilization. Entire ecosystems are shifting as marine plant and animal life seek more hospitable water temperatures. In a story with the horror movie title “The Blob that Cooked the Pacific,” this month’s National Geographic chronicles the effects of sea temperature increases in the North Pacific. Algal blooms crashed the food web along thousands of miles of North American coastline. Dead sea lions and sea otters washed up on the shores of Alaska and British Columbia. Coral bleaching (that is, dying) is reaching record levels.

When the radiator in your car overheats, you generally get a warning beforehand. If you ignore the warning, well, we all know what happens then. The earth’s radiator is overheating. The warning signs are all around.

Michael Smith is an associate professor in the Departments of History and Environmental Studies and Sciences. Email him at mismith@ithaca.edu.

Despite the impending threat to health and security that climate change poses, politicians and voters are not talking about the environment. Addressing climate change should be at the top of the agenda for everyone right now.

Why aren’t we doing anything about climate change?