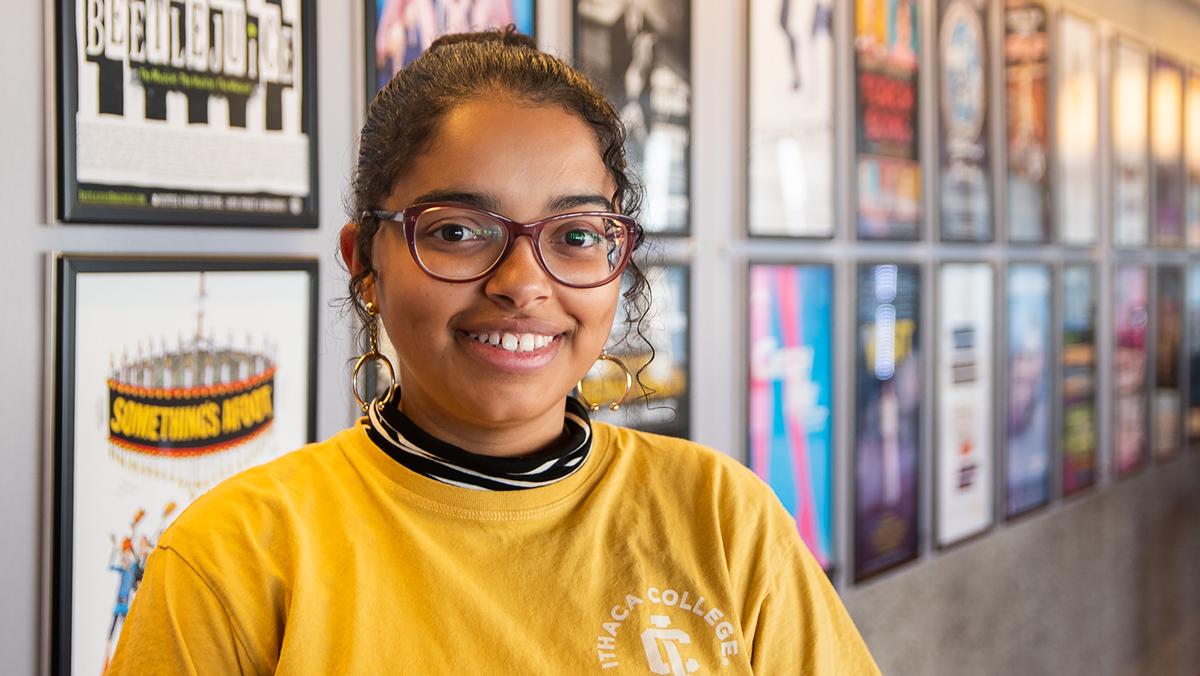 I had the honor to experience my first Main Stage Theater musical in Dillingham, “Sister Act”, a few weeks ago. It was a story that I know all too well — I remember watching the movie when I was little. We even had the VHS tape of the movie (do people even remember what that is?) that I would watch for hours on end. Being able to watch that come to life through the students at Ithaca College was truly a sight to see. Every song was in perfect pitch. Everyone lived and breathed their characters and danced without skipping a beat. From the set to the costumes, “Sister Act” was a production that you should have put into your calendar to see.

I think the unique part of the whole story is the fact that a black woman is the main character. Seeing such a diverse cast on stage is a refreshing thing to see, especially at Ithaca College — a predominantly white institution. I especially loved the casting of the musical. Some roles were given to people of color even when they weren’t  “historically” made for people of color, like the roles of Sister Mary Robert and Sister Mary Lazurus, played by Nicole Morris ’20 and Sushma Saha ’20.

Both of these performers did spectacular jobs with these roles, and I appreciated the agency that they took with the characters. They made them their own while still being recognizable, and being cast outside of the original description of the role was a powerful move. Not only did the casting allow women of color to take up space in a role traditionally not made for them, but it also was empowering for audience members to see women of color on stage. Especially because, oftentimes, it seems like the opposite is always happening — white people often take roles meant for people of color. Casting, in general, is so important because it is a reflection of the people around you. Diverse casting allows for the addition of richness in a story.

My only qualm with the production is not with the performers, but with the story itself. In the movie, Deloris doesn’t have a love interest other than Vince (alternatively named Curtis in the musical version), her married lover who is also trying to kill her. It’s not really what you would call a stable relationship. The same is true in the musical, except that the character of Lieutenant Eddie Souther has become an additional love interest of Deloris.

Now I am not anti-romantic interest, but I am, however, uncomfortable with the idea that the musical deviated from the original storyline, which highlighted this independent woman’s journey to sisterhood. By creating another male love interest in the musical, it just seems like we took a step back in terms of how progressive the storyline was in the movie. This was especially with the main character being a black woman, a demographic that is socialized to play into the maternal role in a family dynamic. And, with Broadway musicals being less accessible than the film, people who view this character might subconsciously create a narrative around this change.

The movie “Sister Act” came out in the early 90s, and the musical first debuted in the mid-2000s, so between that time, why did the narrative change? From what I can tell, the writers changed. The screenplay for the movie was written by Paul Rudnick, and the musical was written by Bill Steinkellner and Cherie Steinkellner. The change in tone of how Deloris is portrayed can be attributed to the change in writing — and it can also be attributed to the personal bias of the writers.

The main focus of the story is that Deloris finds herself in this unpredictable situation and leaves with lessons learned and new, unlikely friendships. I think the changes in the play’s storyline detract from the overall theme, which is finding sisterhood through this experience, and it seems unnecessary to have changed the story in this way.

Commentary: Aging is an opportunity for freedom