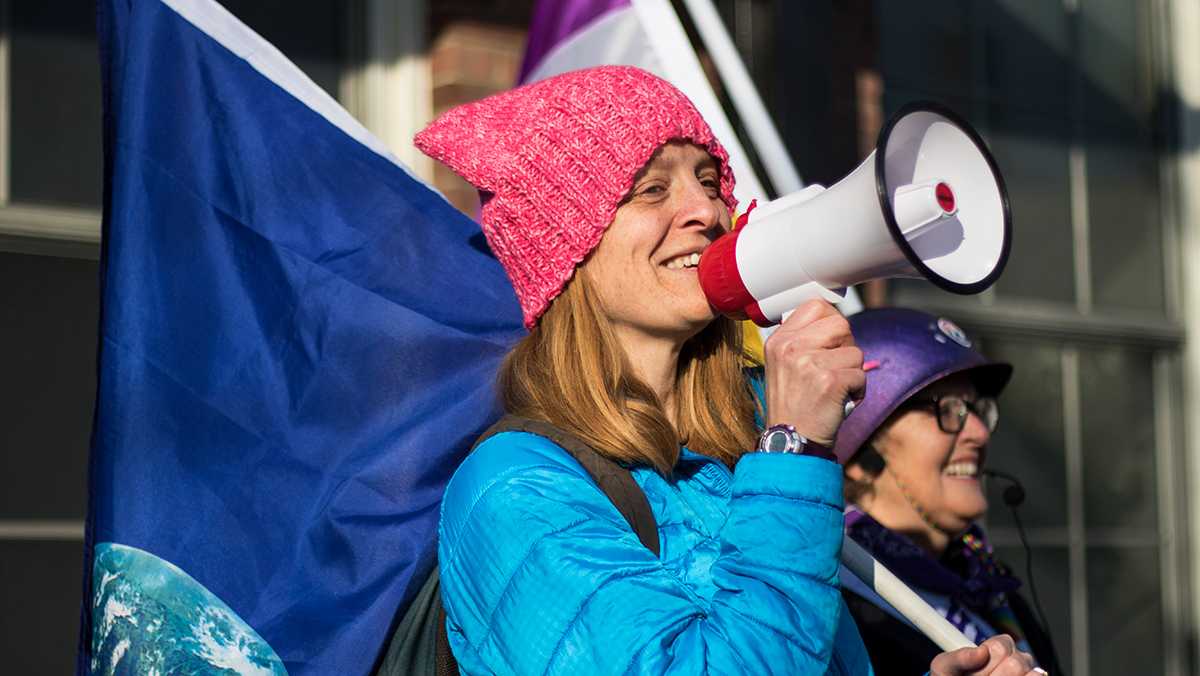 Connor Lange/The Ithacan
Amanda Champion, candidate the Distrcit 12 seat for Tompkins County Legislature, writes that students must become involved in their local democracies to have an impact on both local and national politics.
By Amanda Champion
Published: October 3, 2017

Since last year’s presidential election disaster, I see a lot happening across the country to worry about: tragic hate rallies, rampant racism and the threat of nuclear war, to name a few.

When I feel my energy of resistance waning, I think back to January. I organized the Ithaca Women’s March so people who could not travel to D.C. would have a chance to participate in the worldwide event. In the early planning stages, I guessed that a small group of a few hundred people would attend. I was utterly unprepared for the turnout of an estimated 10,000 people who showed up to march through the streets and convene on the Ithaca Commons. The energy, the passion, the spirit of that day carried all around the world. And while the march in D.C. was the center of all that passion, what I saw was that we who stood together in Ithaca, in this place we love and want to protect, and felt a heightened sense of empowerment and dedication to home.

This energy of empowerment is important now more than ever. Since the Women’s March, we’ve seen Science, Climate, and Truth marches, protests of the immigration ban and much resistance action by groups such as Indivisible. But, like with the Women’s March here in Ithaca, I believe that when we stand in solidarity at home, our voices are amplified. And this means standing up for political leaders and officials who will work hard for our local community. 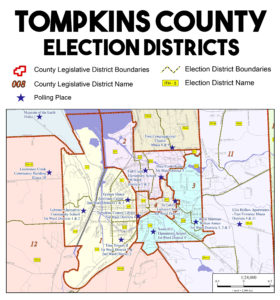 Students living in Tompkins County can vote in local elections, and can  find their voting district through the county’s Board of Elections or by looking at a district map, as seen above. Graphic by Nicole Peters.

This year, all the seats on the Tompkins County Legislature and several Town and City board seats are up for election. Some say local politics is not as sexy or exciting as pussy hats and protests, but I disagree. Local government decides where our resources go, how our city is developed and which direction our community will take. It is here, working together, that we can keep our country moving toward a progressive future.

But local government doesn’t function in a bubble. Without the input and work of community members, governing bodies can veer off course. Leaders need the community to participate, give feedback and offer their ideas and suggestions. And you, as Ithaca College students, are an essential part of this community. We full-time residents need your voices and your votes.

Since that sunny day in January marching through Ithaca’s streets, I have heard many stories of people’s march experiences. But the proudest, most energized folks are the ones who participated in the place where they live, the place they call home. Though many have come to Ithaca from someplace else, if you call Ithaca home right now, you’re one of us.

Stop down by the Tompkins County Board of Elections at 128 East Buffalo St., next to Dewitt Park, before Oct. 13. Take a few minutes to fill out a registration form, and then on Nov. 7, get out and vote in our local elections. I’ll see you at the polls. I’ll be the one with the pink pussy hat on.