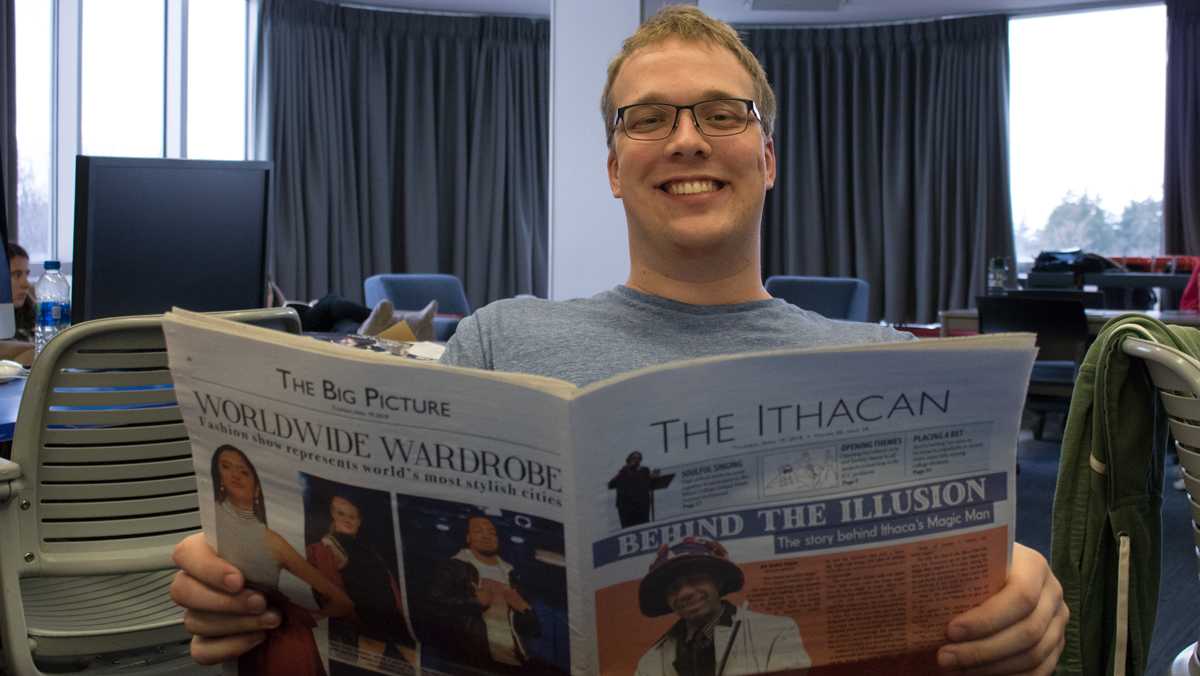 On April 25, over 100 student news organizations from across the country came together under the hashtag #SaveStudentNewsrooms to raise awareness about the challenges their newsrooms face. Student newsrooms have not been immune to the declining advertising revenue that has plagued professionals and has led to lower operating budgets and tougher working conditions.

Editors at the Independent Florida Alligator, the University of Florida’s student newspaper, started the #SaveStudentNewsrooms movement after the student newspaper at Southern Methodist University in Dallas, the Daily Campus, announced it was ceasing its weekly print newspaper and would now be overseen by the university’s journalism department. Other college newsrooms are facing declining revenue and are at risk of either losing their editorial independence or shutting down completely. Budget cuts are the norm, and college newsrooms, like many professional ones, are trying to “do more with less.”

College newspapers serve a crucial role on campuses by providing the community with news and information. Student-run news organizations keep an eye on the leadership of their institutions and hold them accountable. They also offer space for opinions to be aired and community conversations to start. Colleges aspire to be places that foster civic engagement, and well-funded, editorially independent media outlets are key in achieving this.

College administrations are increasingly taking steps to turn college journalism outlets into public relations vehicles for their universities, according to a 2016 report by the American Association of University Professors. More and more student media advisers are reporting feeling pressure from their bosses to censor the outlets they advise. There are countless examples of administrators firing advisers when the student editors decide to publish stories critical of the administration. And the courts have been uneven in defending the First Amendment rights of college students and their advisers.

Thankfully, Ithaca College values its student media. While The Ithacan is primarily funded by the Roy H. Park School of Communications, we are granted complete editorial independence and are not only allowed to publish challenging stories, we are encouraged to do impactful journalism. I’m proud of the work we’ve done during my four years, especially our reporting on racial incidents involving Public Safety officers, Ithaca College President Shirley M. Collado’s 2001 sexual abuse charge and the #GetCAPSReady campaign. The past four years have been a consequential time in the college’s history, and The Ithacan has been there to cover it. Dean Diane Gayeski deserves kudos for her strident and ongoing support of student media.

My work at The Ithacan has been the formative experience of my collegiate career. Entering college, I expected to learn about journalism in my classes and practice it in student media. But I didn’t anticipate how much The Ithacan would shape my life. The Ithacan is where I received detailed editing and critique of my journalistic work. I was always pushed to be better, to do better, in a way I was not in my journalistic classes, with the exception of classes taught by Barbara Adams in the Department of Writing. Ithacan adviser Michael Serino has been a mentor to me and numerous other students during his illustrious career. Thanks to The Ithacan, I feel confident and prepared to enter the industry.

Ithaca College should be commended for its support of independent student media. For the college to strive in its next 125 years, it’s essential that it continues to support The Ithacan and recognize The Ithacan’s purpose: to serve the community by calling attention to key issues, not to be a public relations arm of the college or a partner and collaborator with the administration.

Aidan Quigley named next editor in chief of The Ithacan

Students cover March For Our Lives rally in Washington, D.C.