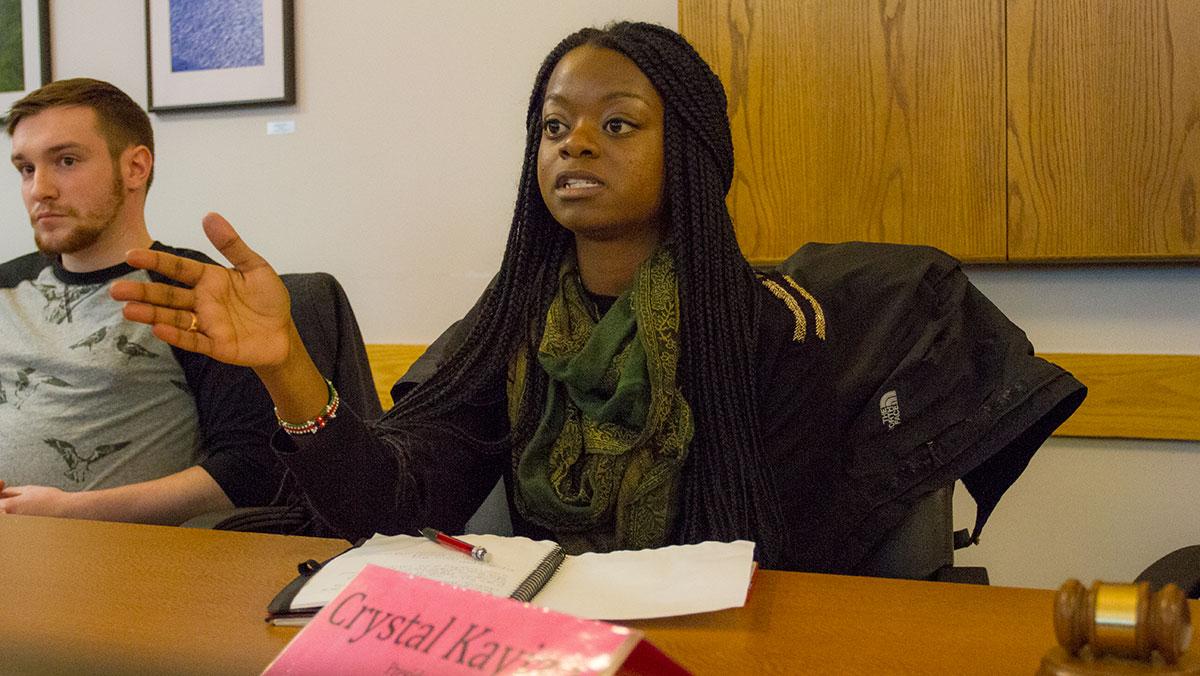 We live in a country that has coupled its national identity to the aspirations of Founding Fathers. Although their revolutionary action made our nation legible, this is the same resistance that has been critiqued in Ferguson, Missouri, and Madison, Wisconsin. This version of history, one that touts American exceptionalism, has a race and a gender — it is both white and overtly hypermasculine. This Women’s History Month, we must recognize that this narrative has marginalized the instrumental role of many identities that make up the fabric of the United States, including women of color.

Women of color are present and leading in many spaces but have little support within a system that prioritizes a white and masculine framework. My political identity is completely tethered to my race and status as a woman, and yet I find that my likeness is continually rendered invisible in conversations about gender and racial equality. Even those who are invested in anti-racist organizing cannot name Alicia Garza, Patrisse Cullors and Opal Tometi — the women of color that created the #BlackLivesMatter movement.

While I have earned a level of visibility through my position as president of the Student Government Association, some have found conversations about my gendered experience to be disruptive or serving as an excuse for errors in governance. Some would argue that opening a dialogue about gender within an organization like the SGA obstructs the task at hand — which is serving as a liaison between students and administrators on campus and presenting recommendations that improve the student experience at Ithaca College. During my time at the college, I have tried to balance the necessity of a feminist, anti-racist critique and respectability politics in student leadership — the former has been met with resistance. Our progressive climate has clouded our need for critique. Many student leaders that advocate for racial diversity and inclusion are the first to dismiss accusations of sexism within their organizations — and vice versa. For 10 years a woman did not serve as Student Body President, and from my knowledge in the history of our institution not a single woman of color has been elected. This is where our liberal rhetoric must take pause.

The change I am describing cannot happen within our current framework. When we speak about institutional diversity, it is oftentimes the kind that benefits the majority — at Ithaca College we position people of color in white spaces so that students with privilege can learn how to “thrive in a diverse world.”

This is not an assessment of a quota that hasn’t been met or an argument for further tokenizing of women of color on campus. As Syracuse professor Chandra Mohanty stated during her recent lecture, Feminism Matters: Cultivating a Passion for Gender Justice, women are central to our current struggles. We cannot continue to negotiate with racism and patriarchy. Within our institutional spaces and organizing communities women of color must have full visibility — not in relation to caricatures of hypersexuality, or media tropes about our agency, and certainly not within the bounds of patriarchy. Women of color must be viewed as equal participants and agents of change in their communities.

This Women’s History Month, we must not only celebrate the many strides toward gender equality, but be critical of the ways that we actively participate in the exclusion of important identities on our campus. Our progress should never impede our possibilities. As history has shown us, a movement without the agency and involvement of women of color is neither liberating nor sustainable.
Crystal Kayiza is a senior documentary studies and production major and president of the Student Government Association. Email her at ckayiza1@ithaca.edu.