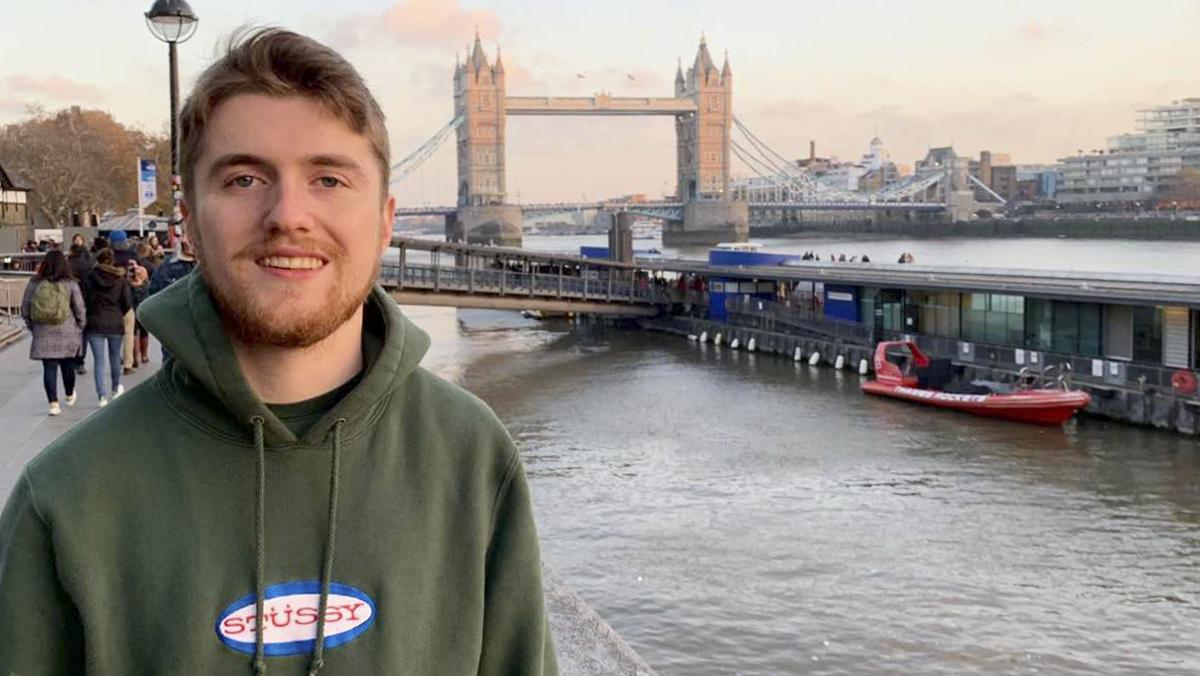 Courtesy of Cole Faulkner
Senior Cole Faulkner reflects on his time studying abroad in London around the first Brexit referendum, and supports the movement for a second referendum before the U.K. withdraws from the EU.
By Cole Faulkner
Published: April 16, 2019

What’s the worst dare you’ve ever participated in? Was it worse than potentially causing one of the world’s greatest powers and influential economies to tumble? Former Prime Minister David Cameron’s dare to put up a bill to separate the U.K. from the European Union is doing just that.

The movement is known as Brexit, and it is tearing Britain apart. According to history.com, the movement first gained traction when Cameron vetoed an EU treaty in early 2011. The article also states that in 2013, Cameron promised to continue negotiating with the EU to change current migrant welfare payments, financial safeguards and easier ways for Britain to block EU regulations. By 2016, Cameron was able to call for a referendum that would separate Britain from the EU. The results came down to a slim difference of 53.4 to 46.6 percent in favor of leaving the EU, with 71.8 percent of the country voting in the referendum. The results have torn apart the country and have set it into one of the most chaotic periods of Britain’s political history. Currently, the date for implementation is set to be April 12, 2019. However, the U.K. and EU have agreed to postpone the deadline for a deal to October 31, 2019.

The referendum results were only possible due to a lapse in communication and lack of knowledge. For the most part, voters in the city of London voted against the referendum, while the majority of people in the countryside voted in favor of it. The conservative party gained a lot of support by stressing issues with immigration. People in the city of London tend to be more liberal, and most believe their country relies on the free-flowing labor force of the EU. England has almost nothing that they export to the EU, and its economy is largely dependent on EU corporations that have headquarters in London.

Prime Minister Theresa May is continuing talks with the EU over their relationship following the departure. However, things are not looking good for Britain. May has tried to lobby for a close relationship and strike a trade deal with the EU following Brexit. However, the EU has not been able to accept any of these deals. Britain is continuously pushing back the date of its departure from the EU, and Theresa May is struggling to win the support of the British government for her Brexit deal.  PressDemocrat reports that EU leaders are mostly understanding of the situation for Britain and are alright with giving them more time, however, some leaders such as French president Emmanuel Macron are losing patience.

The economy is crumbling as it prepares for disaster. Many workers may be forced to leave the country if they don’t receive a work permit from the British government, and existing trade deals with EU nations will cease to exist. The pound has also been decreasing in value since 2016. Anti-Brexit protests have erupted across Britain and are intensifying as the deadline for Brexit gets closer. The protestors are calling for a second referendum that could overturn the decision to exit the EU. Furthermore, an online petition to revoke Brexit has gotten over 5.7 million signatures. According to the Washington Press, it is now the most signed petition ever hosted on the British Parliament website, and got the British Parliament to debate the topic.

I think that a second referendum would be a great idea for Britain, a country that does not seem prepared to leave the EU. The negative impacts of Brexit are already being felt. I recently spent a semester in London, and while there I spoke to local people about their views on Brexit. I was mostly in the city, and the majority of people I met were anti-Brexit. The current political divide there seemed similar to the U.S.’s. Immigration is an important issue that both countries are working to address. Campaigns for both Brexit and Trump have played upon people’s senses of nationalism for support. Overall, the tension in both countries is causing national divides that are making it hard for anything to be accomplished. It will be important to come together in order to move forward.

I am here to remind you that the U.S. is not the only country undergoing political and cultural changes.

News exists outside the US

The United States is pushing for the European Union to impose economic sanctions on Russia for its incursions on Ukraine.