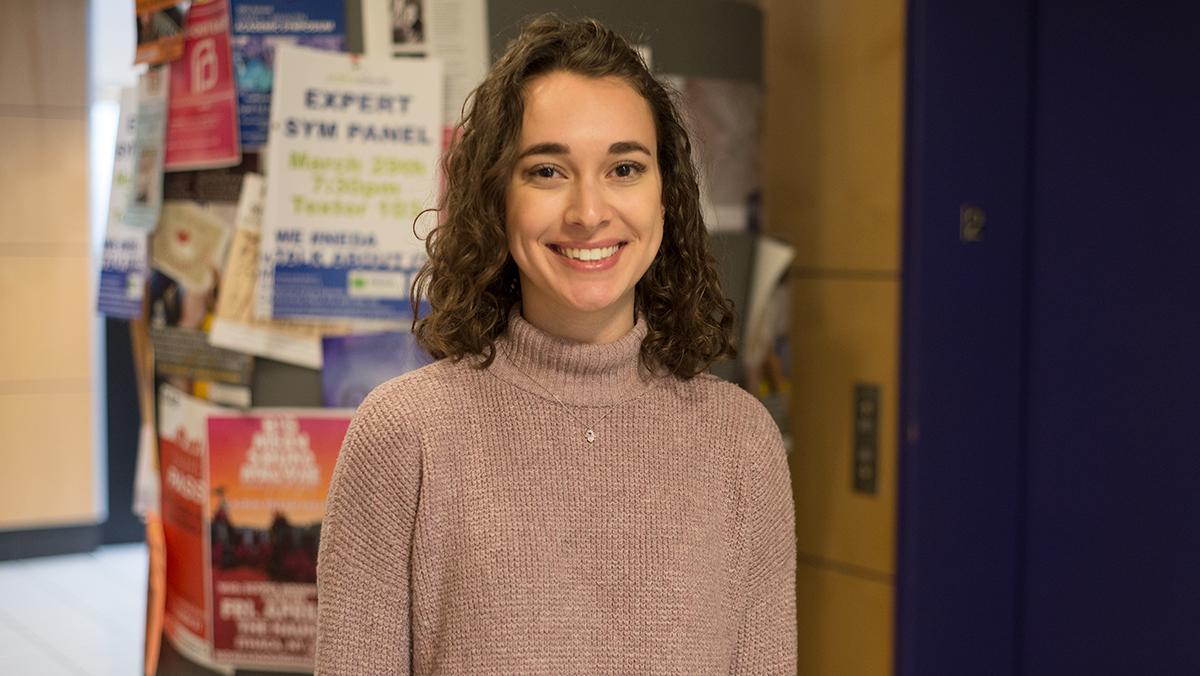 Fernando Ferraz/The Ithacan
Senior Ashley Ahl writes about the importance of learning other languages besides English, and discusses her experience studying abroad in Spain.
By Ashley Ahl
Published: March 29, 2017

“Everyone in the United States speaks English.” “I’m never going to live in a different country.” “Learning another language is too difficult.” As someone who has studied a foreign language for the past 9 years, I’ve heard these and plenty of other reasons why people don’t learn another language. Is learning Spanish hard? Yes. Do I practice it every day as a non-native speaker living in the United States? No. However, has it benefited my life? Absolutely.

When I originally chose to study Spanish in the seventh grade, I never imagined it would impact my life in such a large way. Studying Spanish goes beyond simply knowing how to communicate with others who don’t speak the same language as me. Through my studies, I’ve been able to learn about another culture, especially through my study abroad experience in Seville, Spain, during the Spring 2016 semester. Knowing the language gave me a foundation for the full immersion program I participated in, allowing me to truly understand the Spanish way of life. I am extremely fortunate to have had such an impactful experience, which has forever changed the way in which I see the world. Learning a second language has given me a broader knowledge of the world, and allowed me to have a greater appreciation for others who are different than me.

As a senior communications major currently looking at jobs, knowing another language is a plus for many employers. Specifically, the Spanish language has become extremely valuable in the United States with the growth of the Hispanic population. Companies with global clients or those who wish to target non-English speakers in the United States require those who are bilingual to successfully operate. Our interconnectedness with other countries has grown the need for individuals to learn another language. While knowing a second language can benefit someone professionally, it is not the only advantage.

According to the American Council on the Teaching of Foreign Languages (ACTFL), studies have shown that bilinguals perform better on verbal and nonverbal intelligence tests. Learning another language requires different parts of your brain that are not normally required for other forms of learning. By stimulating and using these parts of the brain, people who study a second language are able to perform better in other aspects of learning. Even though learning a second language can be challenging, it does make learning additional languages easier. Additionally, according to the ACTFL, studies have shown that studying another language improves cognitive abilities. This shows that it is important to start learning a second language at a young age, as children’s brains are still developing and this learning can greatly benefit their lives beyond simply being bilingual.

Many English-only initiatives are based on fear, distrust and suspicion. With glaring omissions of evidence from proponents, this paranoid style of American politics continues to corrupt our collective consciousness on immigrants, immigration and those perceived as “foreign.”

At first glance, the process of learning a language can seem like an incredibly daunting task.