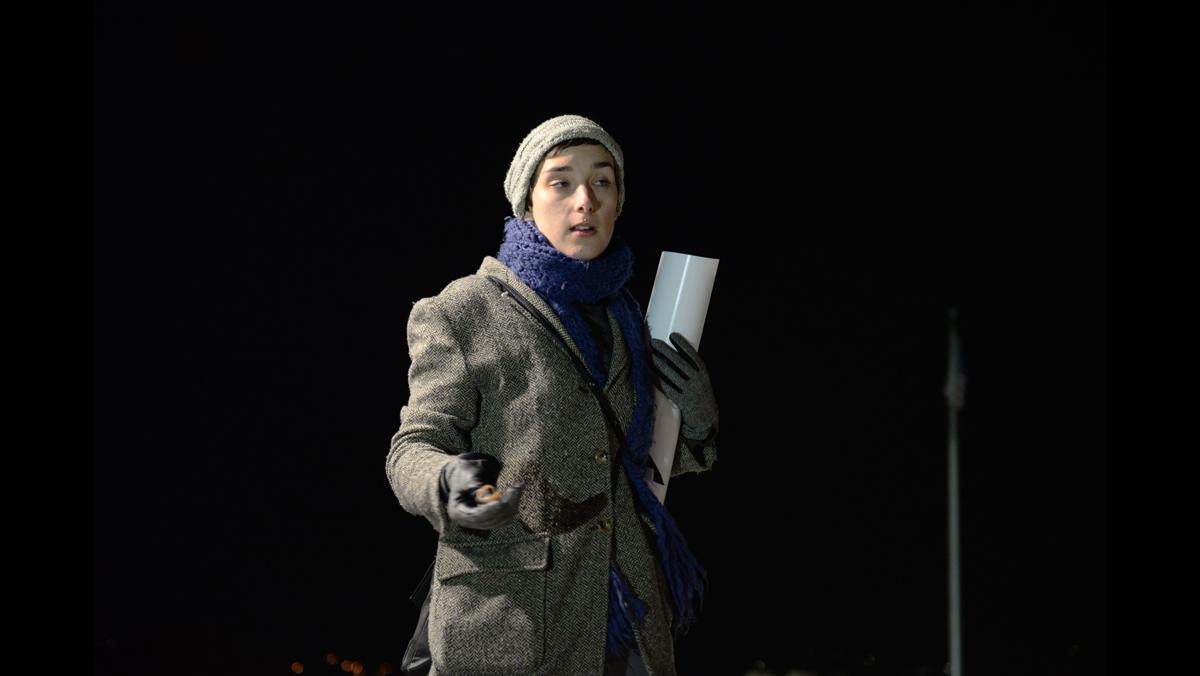 Sam Fuller/The Ithacan
Junior Anna Gardner, pictured above at a rally in November of 2017, writes that the public must hold abusers like Michigan State doctor Larry Nassar accountable for their actions.
By Anna Gardner
Published: January 30, 2018

There have been a lot of moments in the past months where I’ve been aggravated. When news broke of Harvey Weinstein’s and Matt Lauer’s elaborate tactics to sexually harass women. When two of my home state heroes, Al Franken and Garrison Keillor, were exposed for crude and inappropriate sexual behavior. But none of these compare for me to the recent conviction of former USA Gymnastics and Michigan State University doctor Larry Nassar.

Since the Beijing 2008 Olympics, I have been fascinated and mildly obsessed with women’s gymnastics. To watch gymnasts like Simone Biles and Laurie Hernandez go from U.S. championships to the Olympic stage makes me so elated and proud. When this news of Larry Nassar’s arrest and subsequent trial started to hit my newsfeed, I was absolutely sickened by what he had done to these girls and women. But it wasn’t until Aly Raisman, six-time Olympic medalist, took to the stand in the Lansing, Michigan, courtroom that I saw the deeper problem.

Raisman was wearing a hot pink blazer and high ponytail on the crown of her head. In the court footage, the camera looks only at Raisman, but from her strong stares you know where Nassar is. Raisman’s whole testimony gave me chills, but it was the following words that struck a chord with me: “I have represented the United States of America in two Olympics and have done so successfully, and both USA Gymnastics and the United States Olympic Committee have been very quick to capitalize and celebrate my success. But did they reach out when I came forward? No.”

Over 150 people came forward to testify against Nassar, and those are just the victims we know of. For someone in Nassar’s position to be a serial abuser to this extent is beyond a sick mind, it is supported and concealed by an institution. Think of the 2002 reporting from the Boston Globe Spotlight Team about the cover-up of child abuse in the Boston diocese. USA Gymnastics and the United States Olympic Committee were not unaware of these allegations. One example is the confidentiality agreement Olympic gymnast McKayla Maroney signed as part of a $1.25 million settlement, where if she spoke of her case with Nassar she would be fined $100,000. It was only after Chrissy Teigen brought attention to this on Twitter that USA Gymnastics said they wouldn’t charge Maroney if she chose to speak in this trial.

USA Gymnastics and the United States Olympic Committee aren’t the only ones to blame, Michigan State University played their fair role, and as reporting continues to come out, it goes far beyond Nassar. This abuse is more than just one rogue agent. People like Nassar, like Weinstein, like Keillor, have been protected and concealed by the larger systems that support them. I’m not saying the individuals deserve no blame, but it is extremely important in the wake of #MeToo and pushing forward of #TimesUp that we see the deeper hold of patriarchy in these systems that would rather support corrupt and vile men than expose them.

Moreover, as consumers, as fans, as constituents, we also can’t turn a blind eye to other egregious allegations. Systems can only be broken when we call them out. It is when we collectively put pressure on these systems that we can truly give justice to victims. As Raisman said, “Imagine feeling like you have no power and no voice. Well you know what, Larry? I have both power and voice and I am only beginning to just use them.”

Don’t forfeit doing what is right in order to prevent making a fool out of yourself or the fear of inserting yourself into things that aren’t any of your business.

Commentary: Students must be active bystanders