Commentary: Walls are built from thoughts, not just by blood and bricks 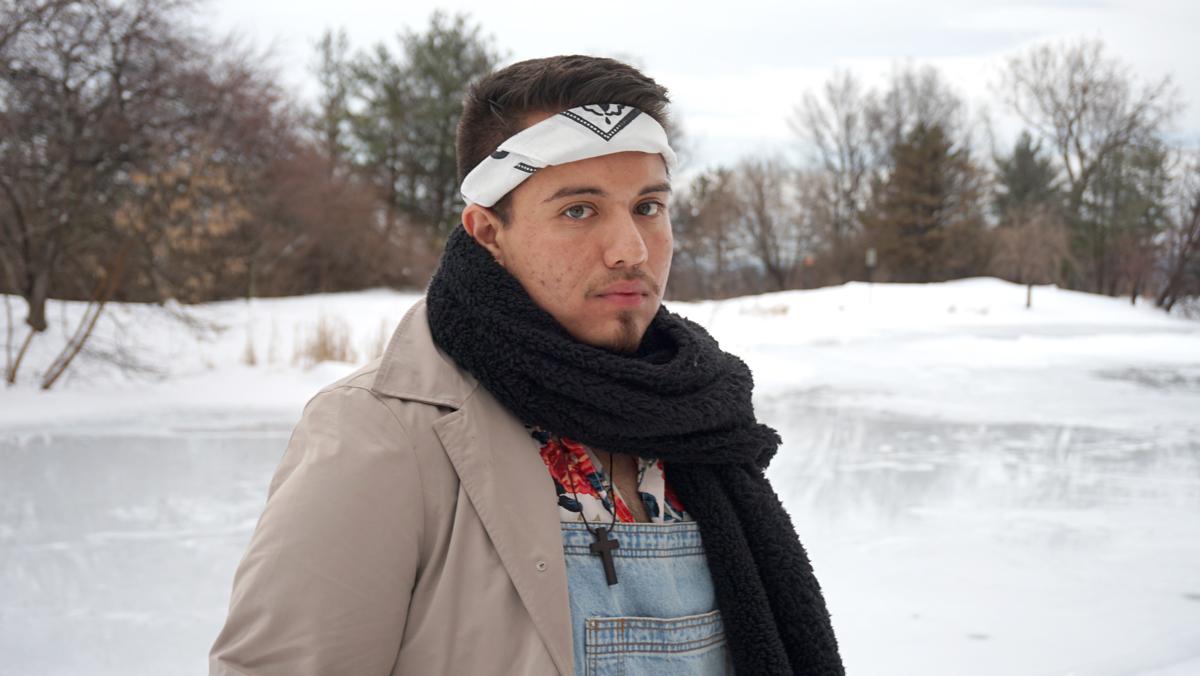 Sabrina Chang/The Ithacan
Senior Joe Cruz writes about the current U.S.-Mexico border issues and how biases against America's indigenous people and Mexicans are further escalating the issue and increasing the tensions surrounding it.
By Joe Cruz
Published: January 30, 2019

“Marʉ́awe” or hello, in my Southern Tejas tongue.

I was constructed in the womb of this “Great” country using a certain mental mold. The origin of this mold has been historically called a trope, stereotype, depiction, really any word that can lend itself to the demonization of my people. But the Comanche primordial plains I grew up in did not have space for that hate, only space for the movement of spirits belonging to both the mighty and the humble.

My Mexica-Azteca centered upbringing reinforced images of Huitzilopochtli and Quetzalcoatl alongside framed portraits of former Texas Governor Rick Perry, and Reyna de México, mi Virgencita Morenita de Guadalupe. These were all creatures, landscapes, and spirits that inhabited leyendas, or oral legends, not internment camps or schools of spiritual cleansing. This unity across the divine and the secular speaks to me directly and to my DNA which is made up of nucleotides and cosmic stardust and sacred desert sand. It is that same DNA that ran through the veins of the great Comanche Potsʉnakwahipʉ. Framed by the white media and its white readers as “a desperado of the worst type.”

This bond between all spirits past, present and future not only speaks, but shouts at me, with great sound and fury as a Southern, queer, Chicano man who has witnessed egregious acts against humanity by western systems of power. These structures were put in place for what I believe was the ultimate warding off of patriarchal insecurity. The European Enlightenment-era male feared what he couldn’t understand, including First Peoples of the Americas, so he put us in schools. A larger, stronger, more militarized wall around Jamestown created to keep these settlers limited to their camp would have allowed for my people to flourish. But perhaps these invaders of the “New World” would have wanted the natives of the land to pay for that wall in Jamestown too. After all, it would indeed be very on-brand for the “Great American Male” identity as I call it. What a time that was. Back when America was “Great.”

As residents of the imperial settler-colony that is the United States, our dance around the topic of citizenship is one we don’t know all the steps to, but one that we perform with great pomp and circumstance. Rather than gracefully approach it with reverence and class, we confidently stomp our way through this notion of who deserves to belong here and who does not. And in doing so, we lose sight of the floor beneath us and step on our own feet. Resulting in a public tumble broadcasted across the globe.

As a person native to the land we share now and have shared since before 1492, I do not believe we are upholding the morals this country’s immigrant founding fathers advocated for. Which, after all, those principles were already in practice by the first people of the grand Turtle Island on which we live and breathe currently. How else do you think my people survived the harsh conditions of this land? With none other than brotherly love for one another and their habitat. Despite these lessons passed down from generation to generation, the questioning of why wetbacks are crossing sacred Tohono-O’odham land to enter these United States persists on the reservation.

Despite our shared dystopian circumstances, we must remain optimistic, not for ourselves but for one another. Requesting that people in suffering “look on the bright side” is a phrase rooted in privilege and invalidation. Let people live in their trauma. Let people approach their journey of healing at a time when they are ready. While your intentions might be sympathetic and sincere, try putting in the work to change systems and reclaim the institutions that were never made to empower some while exponentially lifting others up.

And this is where I fall on the privilege spectrum with my work in the war zone known as Nogales, Arizona/Sonora, México. It is something that requires great caution and introspection. Unknowing of how to proceed, since the marginalized most definitely do not need us to pretend we understand their struggle, I can act on the painful experiences I have come across and work to make sure others facing a plight rooted in a common evil don’t encounter that venom I tasted. I can work to decolonize and deconstruct the borders I have mentally built to preserve my toxic insecurities grown out of fragility. Walls, after all, are built from thoughts, not just blood and bricks.

From the Statue of Liberty to its “melting pot” metaphor, the United States continues to project itself as a beacon of hope for immigrants. But the heavily armed U.S.-Mexico border is anything but hopeful for Hispanics.