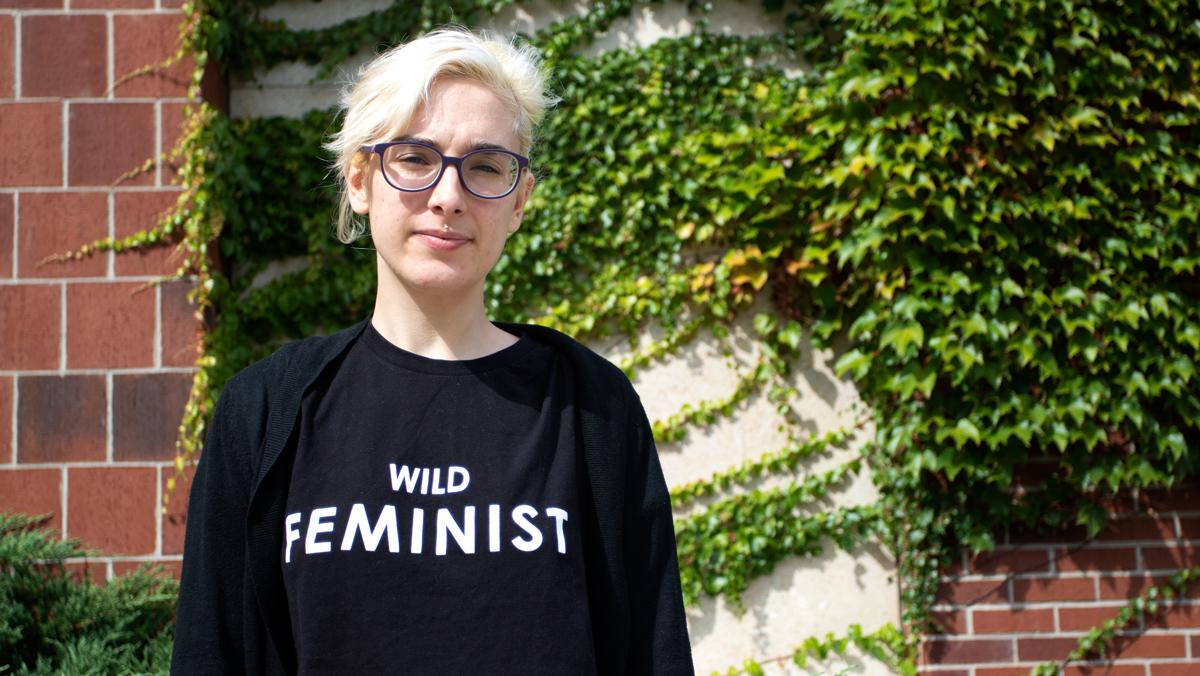 Maxine Hansford/The Ithacan
Anna Gardner, senior film, photography and visual art and art history major, writes that victims of sexual assault should be believed regardless of when they come forward.
By Anna Gardner
Published: September 26, 2018

Dr. Christine Blasey Ford didn’t want to disclose her sexual assault to the entire nation. Her intention behind a confidential letter sent to Senator Dianne Feinstein this summer was not to smear Supreme Court Justice nominee Brett Kavanaugh, but to hold him accountable for his actions. The result has caused a firestorm of denial the last few weeks not just by Kavanaugh, but every male senator on the committee.

In the wake of #MeToo, there has been a lot of boohooing from cisgender men about having to tiptoe around women so as to not expose another scandal. That mentality is inherently disgusting as it situates ego and reputation over self-sacrifice. The idea that it is simple to come forward against a perpetrator misconstrues a painful and nuanced assertion. There’s no metaphor needed to explain that having to relive one of the most traumatic moments of your life over and over again while facing constant gaslighting is a living hell.

So why is the default response to accusations like Blasey Ford’s and Deborah Ramirez’s one of incredulity? The first recurrent answer tends to be time. Why didn’t they report earlier? Why did they wait so long? The second is motive. Why now, at the height of his career?

To the former, I would respond with the following: Would these women be taken any more seriously in their teens and twenties? Compare high school and college rape culture of the 1980s to 2018. Improvements have certainly been made with Title IX, but according to RAINN only 20 percent of female student victims, age 18–24, report to law enforcement. Clearly, sexual assault victims aren’t calculating to save their accusations to tear down successful men, they’re just not reporting. They aren’t reporting because even if they do and it becomes widely known — well, that leads me to my next point.

Show me the damage. I would love to see some lives that have been absolutely ruined by allegations of sexual assault. Matt Lauer? Just sold his Upper East Side apartment for $650,000 over the asking price. Bill Cosby? At most 10 years in prison, but doing that to a mostly blind 81-year-old man would be cruel. Donald Trump? Still president of the United States.

I wish I didn’t have to be so pessimistic, but the fact that we’re in this position again 27 years after Anita Hill brought forward her accusations against then-Supreme Court Justice nominee Clarence Thomas is equally infuriating and sad. In a recent op-ed in The New York Times, Hill said, “[The] 2018 Senate Judiciary Committee must demonstrate a clear understanding that sexual violence is a social reality to which elected representatives must respond.”

In the #MeToo era, any time is the appropriate time to report a sexual assault and any assailant is fair game. We can’t continue to undermine allegations. When victims are bearing their trauma just for a pittance of support, our initial reaction needs to be to corroborate, not speculate.

So, let’s believe survivors. Let’s believe every single one of them. We only have everything to gain.