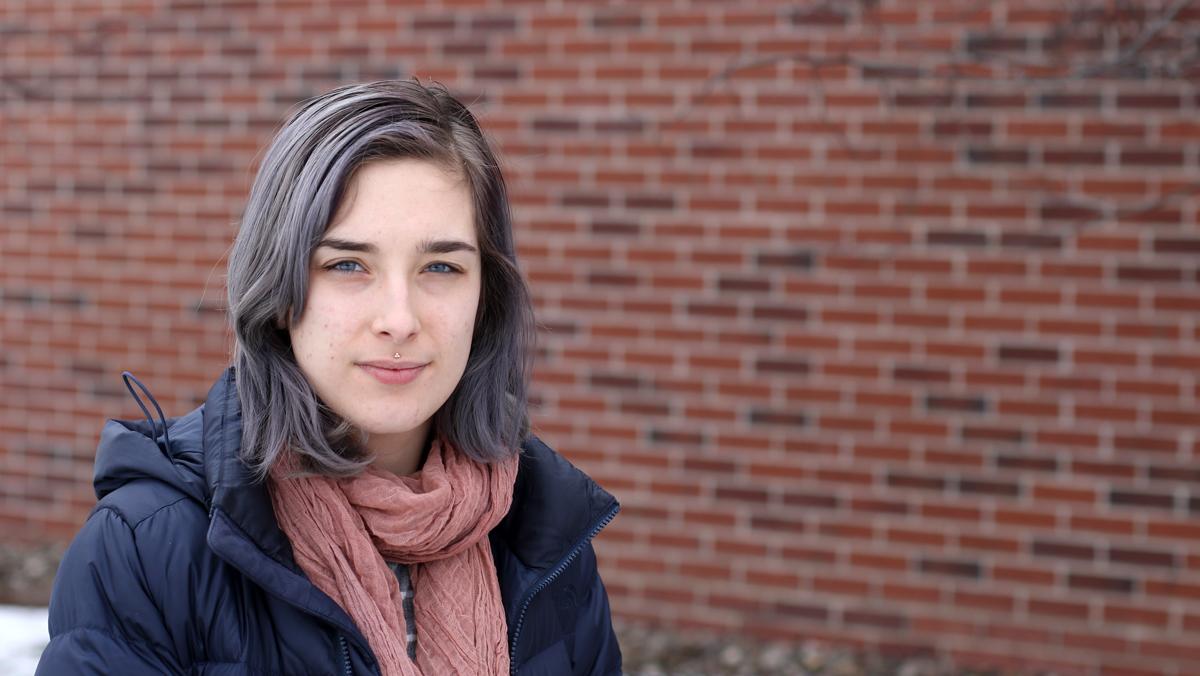 Jackie Marusiak/The Ithacan
Senior Anna Gardner, president of Ithaca College Feminists United, reflects on her time as a member of the club and her hope that in the future it becomes an intersectional, critical organization.
By Anna Gardner
Published: March 6, 2019

Feminists United was founded in 1983 as I.C. Feminists for Awareness and Action. Its mission was “to educate members and the Ithaca College community about feminist issues via a series of informative activities. These activities include films, speakers, and workshops. To establish a permanent Feminist Resource Center on campus and generate a continuum of awareness of feminist issues.” Thirty-six years later, I find myself as president of Ithaca College Feminists United (ICFU) for the last 2 1/2 years. As I approach graduation, I have been reflecting on my experiences with ICFU and my hopes for its future.

The beginning of each semester is always exciting, and I remember our first meeting of Spring 2017 particularly buzzing after the Women’s March. Our meeting space in Friends Hall was filled to capacity. After introductions, we started to brainstorm ideas of discussion topics for the semester: the wage gap, sexual assault prevention, etc. Then, I remember our club president at the time, Ramya Vijayagopal, saying, “Why don’t we talk about the 2016 election and the number of white women who voted for Trump?” The next meeting, our 20-plus attendees dropped to two.

This is not unusual for our club. People — predominantly white-presenting cis-women — show up for meetings at first and the numbers begin to dwindle, especially around “uncomfortable” topics. Just a couple of weeks ago, we planned a discussion on white privilege and the resulting conversation was … intimate. Typically, our annual march for Take Back the Night at the end of April pulls in a huge crowd. But where are these attendees during these “hard” conversations on intersectionality?

This past weekend, I attended a performance by Alok Menon, poet and LGBTQ rights activist, at Cornell University. During their performance, they said vulnerability is an openness to being wounded. Vulnerability is less about receiving consolation and more about allowing yourself to be familiar with yourself, privilege, flaws and all. They also confirmed for me something I’ve recently been wrestling with. Feminism has limitations: Its history is framed on the suffrage of white women in the U.S. It has cut out women and trans folks of color unless it was advantageous to co-opt their work. It is focused on women’s liberation in a gender-binary, heteronormative, patriarchal power structure. Can feminism be truly intersectional?

I’m used to seeing feminism adopted by mainstream media and diluted for mass digestibility. But now I realize the foundation I stand on has always been tainted by patriarchal, transphobic and ableist colonization. Women’s “liberation” has strived not to upend patriarchal power, but, for white cis-women, to have the same access to power as white cis-men (i.e. Sheryl Sandberg’s “lean in” strategy). I thought I could be an intersectional feminist, but the reality is feminism has killed inclusivity since its inception and done relatively little to lessen the oppression of folks who aren’t white women. No matter how many “waves” come, feminism has been made for white cis-women. I ask myself then, how can I continue to support a social movement that exploits black, brown, indigenous, trans, queer, disabled, incarcerated and poor bodies? The answer is I can’t.

So, what does this mean for Ithaca College Feminists United? I can’t decide our future, but what I hope for ICFU is that it continues to be critical of feminism and vulnerable. It is undeniable that the college is a predominantly white institution, and if our club membership continues to be mainly white cis-women, members will need to be open to understanding their privileges. Becoming fluent in each other’s oppression doesn’t mean retraumatizing someone so they can “teach” you. To know the effects of racism, xenophobia, transphobia, etc. should not come at the expense of someone else’s vulnerability. I hope that ICFU will lead difficult dialogues that push our members out of their “comfort zone.” I hope that we show up for our peers without impeding on their space. Student organizations like IC Proud and Embrace are leaders in creating decolonized and radical spaces on our campus. I hope Feminists United will recognize our limitations and push to do better for those fighting against oppression.

And I hope I continue to push myself to go beyond my “comfort zone.” For all of those who have suffered oppression and died before me, it is the absolute least I can do.

When I first attended an IC Feminists meeting at Ithaca College, I was looking for a safe space to share the frustrations I felt as a woman within a patriarchal society.

What is truly missing from intellectually diverse environments are radical and non-Western lines of thinking.