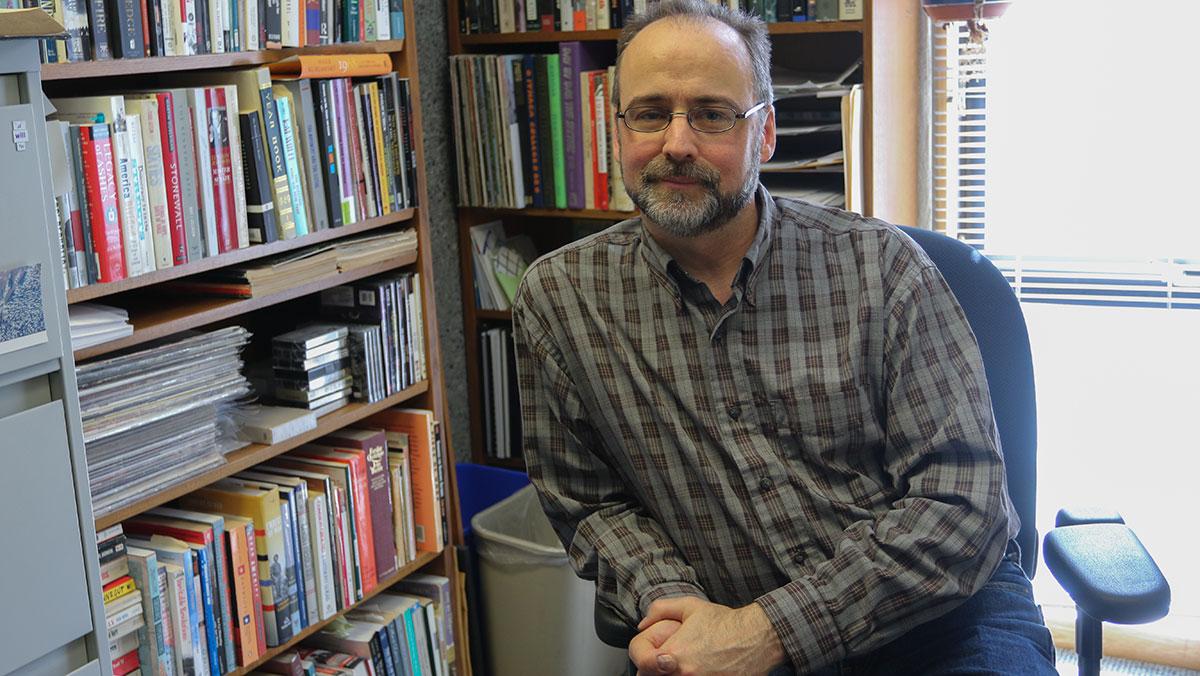 File Photo/The Ithacan
Michael Trotti, professor in the Department of History, says that statues should reflect shared public values, not values that divide the public.
By Michael Trotti
Published: September 5, 2017

History has exactly as many layers and complexities as the present. This summer’s case study: Monuments to the Confederacy aren’t just about the Civil War.

These monuments are about fostering a comforting myth both about that war and the slave regime the white South fought for. In the generations after the Civil War, the white South expended extraordinary effort to build (and to sell to the wider nation) this myth.

Confederate monuments were as much about the 1890s and early 20th century, the era when so many of them were built, and the changes taking place in that era. In part, this was because the generation that fought the Civil War was dying off, and the memories of that world were fading. But even more, Confederate monuments in the early 20th century were a cultural, public front in a white supremacist war.

History is an aid to remembering.

But we need to remember it all, not one piece, not just the chosen myths of one group, and not only the good parts – or only the bad parts – of the past. That means remembering the battles we’ve won and lost, remembering the racism and the conflict. But it also means remembering how far we’ve come. In moments of conflict like in Charlottesville this summer, it can feel like “nothing has changed” or that it’s “the same thing all over again.”

History says otherwise. How different was the South 100 years ago?

One hundred years ago, theaters and streetcars and buses and trains in the South were segregated, and the most popular movie in history to that point celebrated the Klan, while “Tarzan of the Apes” caricatured Africans as worse than apes.

One hundred years ago, not only were African Americans in the South shot by police with little provocation or subjected to terms in jail or on the chain gang for minor infractions, but an average of two African American men each week of each year were ripped from the ambit of the law altogether in murders vicious enough to earn their own name: lynching.

This was the era when most Confederate monuments were erected by whites in the South.

We have a long way to go to reach equity and fairness in terms of race in America – true in the North, the West, and in the South, where I was born and raised. But history shows not just that change is possible; it is inevitable. Think of how many shifts have happened in the South – through great effort of many millions – in the last century. But what direction will change take today and tomorrow? It is up to every generation to ensure that change is moving in the direction of justice.

What, then, of monuments in public spaces? A public space might be re-imagined by every generation, sold, paved over, or used to celebrate a part of who we are.

Change in public spaces is not an insult to history, but rather an expression of how history has changed us. There are good reasons to keep monuments, even those we now don’t agree with celebrating. Perhaps they can be recontextualized and their lessons significantly deepened; perhaps they can be moved to history museums or Confederate cemeteries; perhaps they can be joined – or replaced – by memorials to Harriet Tubman and Frederick Douglass.

But there are at least as many reasons – public safety among them in an era when they become flashpoints for conflict – to decide that our public spaces should celebrate the values we broadly share now rather than the values that divided us then.

Michael Trotti, associate professor of history at Ithaca College, has spent the majority of his professional career researching murder. Now, he is reconstructing the way historians view lynchings in the South. Trotti recently published “The Scaffold’s Revival: Race and Public Execution in the South,” an exploration of the relationship between public execution and lynching in…