Editorial: A loss of identity for the sake of business 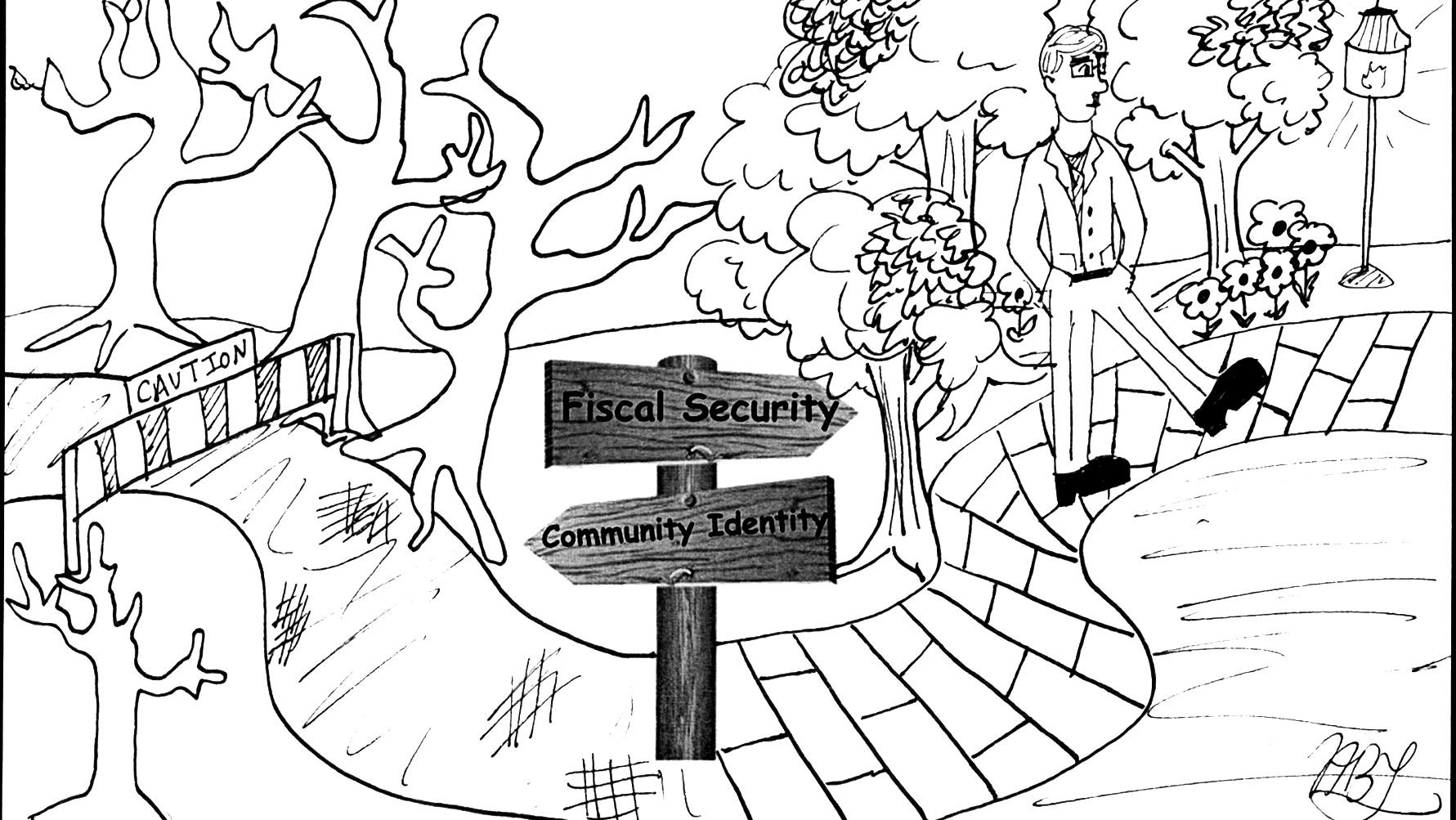 Coming on the heels of the Great Recession, the Ithaca College Board of Trustees needed a businessman to make hard decisions and keep the college financially stable. They certainly got that in President Tom Rochon nine years ago. Upon reflection, most point to his having kept tuition increases to historic lows as a positive highlight of Rochon’s tenure. But at what cost? The answer to this question comprises the general outlook on the college’s eighth president: business first, people second.

It must be acknowledged that under Rochon’s administration, the rise in tuition came under a significant degree of control. The percentage increase in cost of attendance has flattened or decreased since his first year in office from 4.8 percent to 2.4 percent. From year to year, this percentage has decreased steadily since the 2011–12 academic year. The current 2.4 percent figure is the lowest increase in 70 years, the administration stated, as it has pointed out each of these years.

But other aspects of running an efficient business are damage control and prevention, which resulted, for Rochon, in transparency issues and policies that involved little collaboration or evidence of consultation. At a college that prides itself on the achievements and independence of its student media, anyone could have warned him that instituting a media policy in 2012 requiring student journalists to filter interview requests through one person would receive blowback. He repealed this policy a month later.

At a college that is predominantly white, delaying the results of a campus climate survey would of course indicate that these results did not reflect well on the college’s diversity and inclusion efforts.

At a college where budget cuts and a business atmosphere have instilled fear among staff in terms of job security, it was convenient to quit participating in the Chronicle of Higher Education’s Great Colleges to Work For survey after one year, since it didn’t make the list, rather than work on these issues and look to the outside survey to measure progress.

At the All-College Meeting on Jan. 19, Rochon repeatedly discussed the importance of unity and remembering the college’s values. Collaboration, he said, is necessary to move forward. Yet his leadership style promoted an environment that lacked collaboration and ultimately hurt the student learning experience. One example of this is the implementation of the IC 20/20 program, the defining vision for the college and for his tenure, which inspired almost no campus involvement and is now obsolete. His top-down administrative style gave almost no voice to faculty, staff or students, fueling the frustration many feel today.

The Blue Sky Reimagining initiative, though touted as a blank slate for the college’s future, is merely a blip on the radar. And the main vision attributed to Rochon’s legacy, IC 20/20, fell off the radar, though it had some lasting impressions. Most notably, the Honors Program has extended to an all-college program but has dealt with a of lack of administrative support, as has the Office of Civic Engagement. Students and faculty remain concerned about the effectiveness of the Integrative Core Curriculum, now in its fourth year. The First-Year Residential Experience is taking place in on-campus housing, but has suffered from low attendance. Diversity initiatives have also been rolled out since the creation of IC 20/20, including a satellite office for the Office of Public Safety and diversity trainings for faculty, staff and alumni volunteers, but those only came after major campus protests erupted in Fall 2015.

Those protests were the result of Rochon’s refusal to listen to the concerns of students of color. Real progress on diversity issues, especially since the protests, has been scarce, and whatever progress will be made would probably be made in spite of him, not with or because of him. In fact, Rochon’s inability to meaningfully address and understand the concerns of students of color only exacerbated these problems and presented yet another barrier to progress. A number of the college’s diversity and inclusion initiatives Rochon boasted so highly about come off as all talk and no action.

Rochon’s legacy may always be defined by the campus-wide protests of the fall of 2015 that called him by name. Those community members who have been at the college longer than four years will think of frustrations that had been building for much longer. As an institution, during his tenure, we’ve fought against swelling higher education expenditures to some degree, but at the cost of a communal identity and sense of confidence in a vision for the future.

For more on Rochon’s tenure, the presidential search process and incoming president Shirley Collado, read The Ithacan’s Year in Review magazine, out on campus now.