Editorial: Administrators are sacrificing too, but how much? 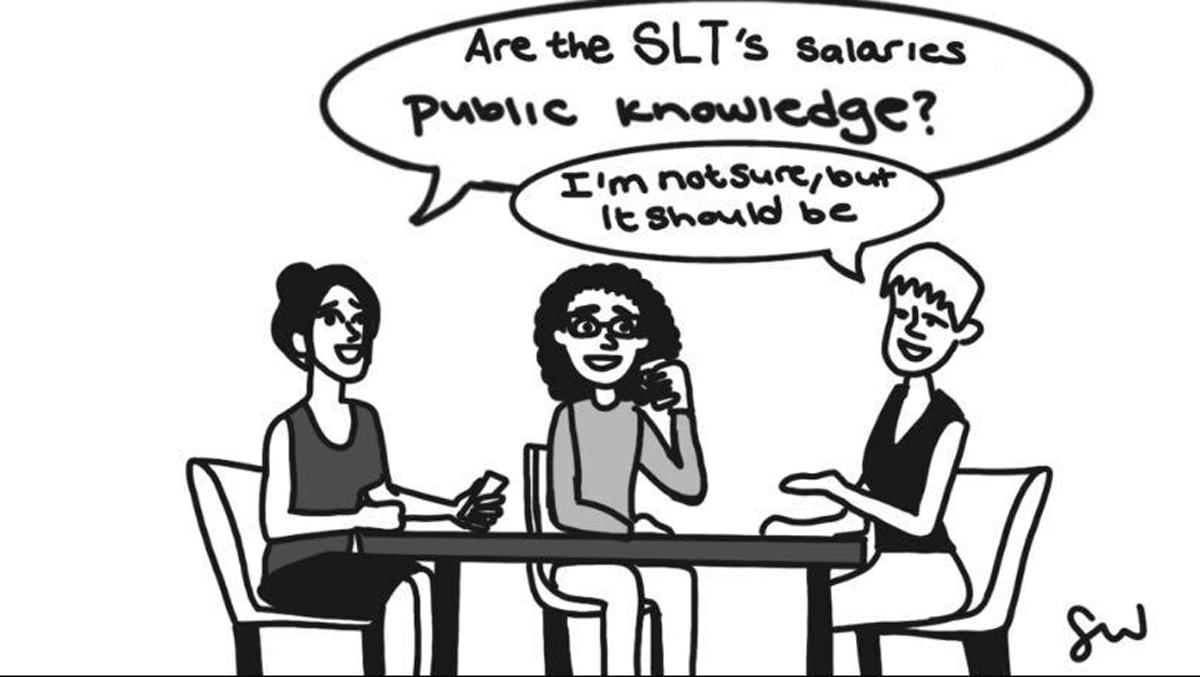 Ithaca College President Shirley M. Collado publicly announced in April that she, members of the Senior Leadership Team (SLT) and some direct reports took voluntary salary reductions for the current fiscal year. That money is going toward institutional financial aid — a positive move. This comes after a salary freeze the prior year for the upper administration, but not the faculty and staff. However, the college will not share the amount of these reductions, which raises the question of how meaningful this action was.

The COVID-19 pandemic has undeniably had an adverse financial impact on our already struggling institution. Due to budget deficits, the college decided not to contribute to staff and faculty retirement benefits this year. Since March, 264 staff members have been impacted by furloughs, position eliminations or reductions in hours, and the college is planning to reduce approximately 131 full-time equivalent faculty positions.

The college will not share top administrators’ salaries, even though it is cutting hundreds of faculty and staff. Because the college is a private institution, most data and information is under lock and key and is released at the discretion of the college. The college has stated, “As has been practice, the college does not disclose any individual’s compensation, other than what is reported in IRS Form 990.”

Clearly, this is not the time to follow previous conventions. The college’s precarious financial situation and unknowns about the future require more openness and communication. The public already knows much of the SLT’s 2018–19 fiscal year salaries based on the most recently available Form 990, and the fact that members of the SLT took a salary freeze going into the 2019–20 fiscal year. The only unknown is how much of a voluntary salary cut they took for the 2020–21 fiscal year.

The salaries eventually will be reported in a future  Form 990. But why make members of the campus community wait nearly two years for the form to come out? Other administrators at private institutions, like Harvard University and Stanford University, at least have given a general percentage of what their salary cuts were.

Between the lack of an in-person community due to a virtual semester and the impending fear that staff and faculty members’ jobs can be whisked away in just a few months, members of the college community need transparency. Top administrators sharing their salaries can be a small but meaningful step in reestablishing trust with the community. In light of the prospective firing of up to approximately a quarter of faculty and an unknown number of staff members, and seemingly not reducing the size of the administration, it is the least the administration can do.

Many people are facing financial struggles in light of the pandemic, and it is meaningful that upper administrators are willing to donate any money to financial aid at all. However, if the college is going to publicly share that they are doing it without being willing to provide all the details, why even mention it in the first place? This lack of transparency is a problem across the higher-education sector and needs to be remedied, especially when thousands of lower-paid faculty and staff are losing their jobs nationwide.

Faculty and staff members know what sacrifices the SLT is forcing them to make. However, the sacrifices the SLT are making are unclear. For the sake of the college community during this uncertain and tumultuous time, members of the SLT should voluntarily share their salaries. Short of that, their announcement about their voluntary salary reductions amounts to nothing more than virtue signaling.