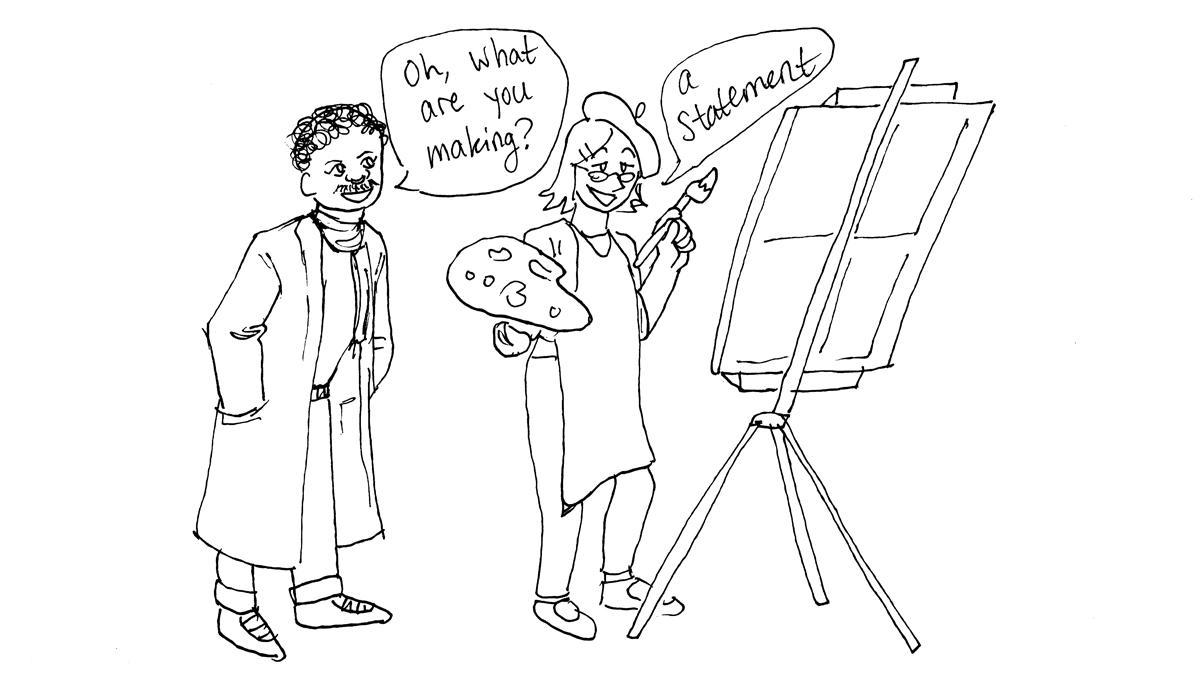 Throughout history, the intersection of art and activism has played a crucial role in social movements against inequality, oppression and injustice. Whether it be political posters, film, photography, music or graffiti, different artistic mediums have helped countless social justice movements gain necessary traction in the public sphere.

Community efforts across the globe continue to inspire social justice and awareness through artistic means. In today’s divisive world, these efforts carry more power than ever before — and they’re happening right here in Ithaca.

This month, creative spaces throughout Ithaca will help host “How Did We Get Here?,” an exhibition and event series about migration and displacement. The series is a community response to the show “how the light gets in” at the Johnson Museum of Art at Cornell University and explores the movement of people across the globe and the concept of borders. “How Did We Get Here?” will showcase the works of a number of local artists and activists, including members of the Ithaca College community.

The peace symbol, now an internationally known design, was originally created to represent the efforts of anti-atomic weapons movements. The sign helped the movement gain visibility and now remains a well-known symbol in pop culture. In the 1960s, the artistic silhouette of a fist became synonymous with black empowerment. Both of these symbols became an accessible way for the public to engage with and show support for the missions and values of their respective movements.

These are just two fairly simple examples of the relationship between art and social change. But this relationship doesn’t just exist on national and international scales. Art is a crucial tool for social change in local communities too.

Local art and social justice movements provide necessary opportunities for community members to engage with one another about prominent social and political issues. “How Did We Get Here?” creates spaces for members of the Ithaca community to further educate themselves on migration and displacement issues.

Because immigration is such a hot–button political issue, representatives from the government and the media often view it as a political talking point rather than considering its impact on migrants and displaced people themselves. Art provides a platform for these people to authentically share their stories. As members of the college and Ithaca community utilize their skills and passions to spread messages of social change through artistic means, it is important to remember the power and weight of their efforts. Art is, and always will be, a living part of history. As inequality, oppression and discrimination continue to dominate U.S. systems and institutions, it is crucial that community members recognize the power of art as a necessary tool for cultural competency and real, lasting change.