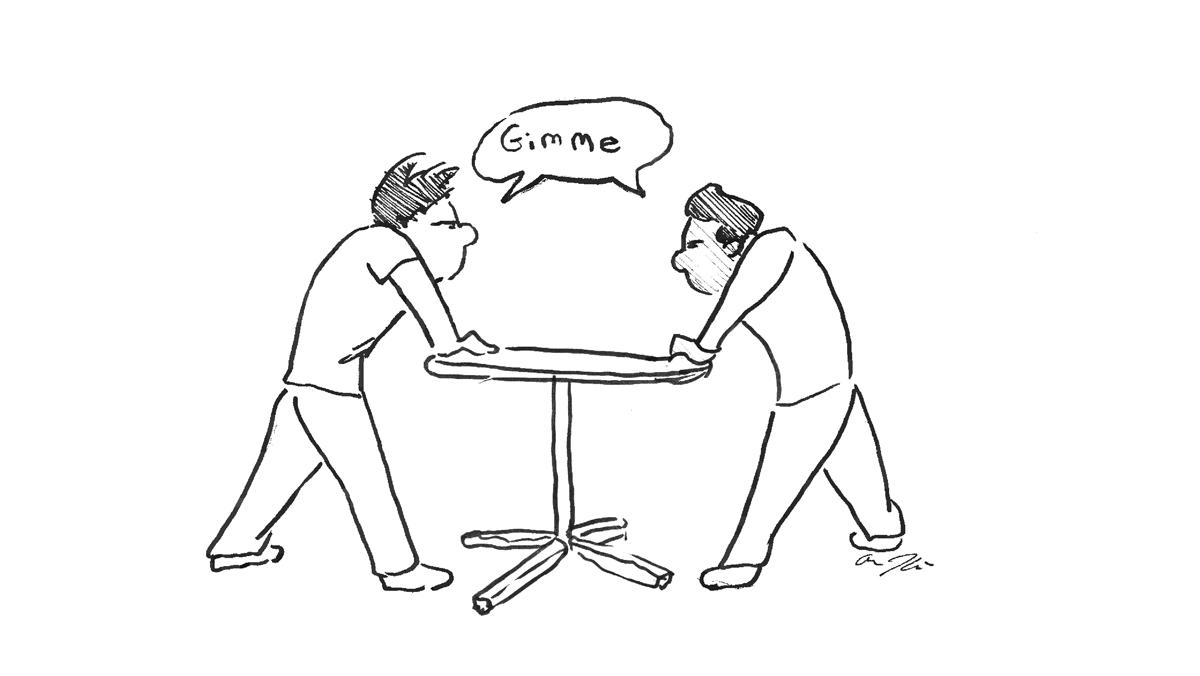 On Jan. 30, Ithaca College sent out a survey to its students asking them for feedback on proposed changes to the Campus Center building. Most of the questions on the survey centered around what additions and facilities students think the center should have, including study spaces, larger dining facilities, organizations’ offices and so on. Some of these potential additions will require structural renovations, which may be carried out over the next few years.

These renovations are much-needed, and it is encouraging to see that the administration is regarding them, as well as students’ perspectives on what they should be, seriously. Campus centers, or student unions, are supposed to be places where all members of college communities can gather, and the college’s current Campus Center does not suit that role. Although there are
places to eat and sit in the center, there are currently not nearly enough to accommodate the college’s 6,101 undergraduate students.

Rather than being a true center for our campus community, the Campus Center feels disconnected from it. Although the center has the Emerson Suites, a space that can accommodate large numbers of people, there is still no sufficient space for students to casually gather with one another. During the times in which the center’s common spaces are utilized, they are often overcrowded and overwhelmed, resulting in many students opting to study or spend their free time elsewhere. Rather than being a genuine gathering place or “center” for students, the Campus Center is more of an afterthought in most students’ minds — it’s a place they pass through because of necessity, but often do not use.

While the layout of a building and its usability for students may seem trivial at face value, the fact that students at the college do not have a true campus center is indicative of a more severe issue. In the past, it has been reported that the college is facing issues with siloing, a mentality that causes students to only experience the college within their respective schools. This mentality not only limits the way students interact on campus, but also restricts their thoughts and learning to their prescribed majors.

Any thriving community needs a hearth to hold everyone together, and by not having this, the college is fostering an environment in which students are limited to their respective areas of study. The college itself is not a community but rather a place that holds multiple schools and organizations, all of which have become factions divided by their differences. This disconnect not only has the potential to influence the way different schools at the college interact together, but also the sheer way we exist as a community and address communal issues on campus.

The survey is a way to combat this disconnect and amplify student voices, so that, in turn, the Campus Center will be able to better serve them in the future. The administration should be commended for their efforts in soliciting student input for remodeling  the Campus Center.

If the administration wants our campus community to thrive as a whole — for people to think of themselves as members of the college community, not just that of their respective schools — it should also listen intently to students’ perspectives on changes that should be made to the Campus Center. With this collaboration, the college could transform the Campus Center into what it is meant to be: a gathering place that serves all members of the campus community.