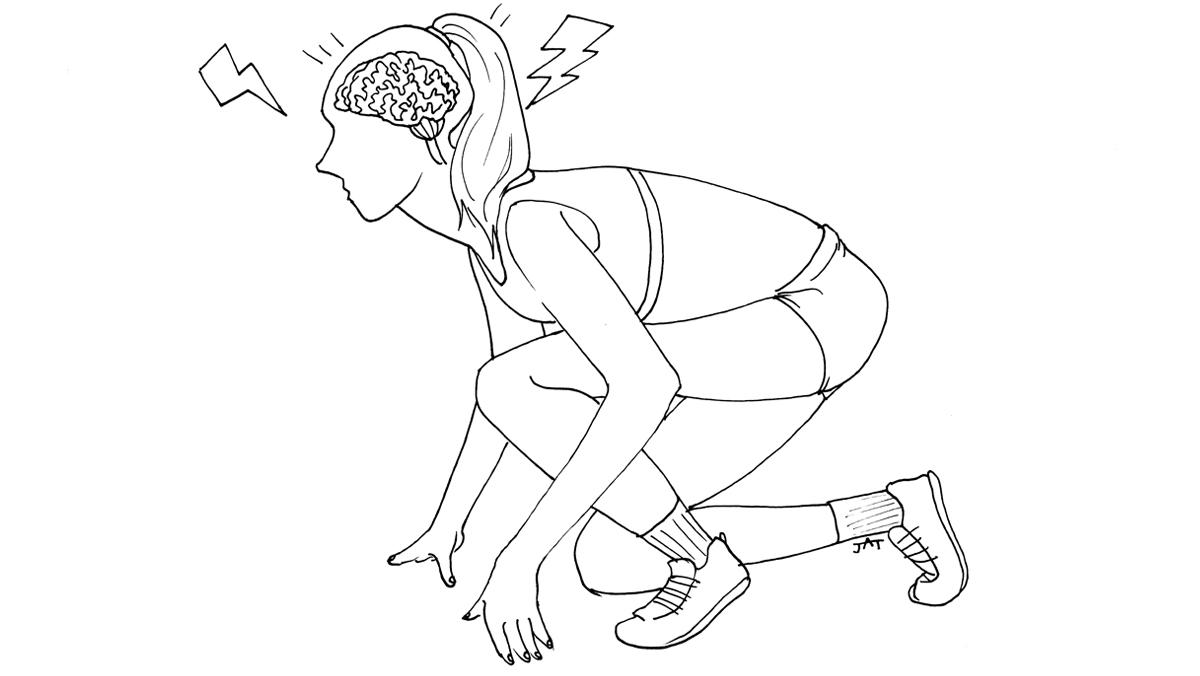 For centuries, sports have played a crucial role in culture and society. Many people across the world value sports both as a compelling source of entertainment and a symbol of community, and collegiate athletics are no exception.

College sports also dominate pop culture. Athletic brands advertise partnerships with college athletic programs and athletes. Prominent websites and magazines rank the most loyal college fanbases. Among them are the University of Michigan and Penn State, both of which have an average football game attendance of 100,000.

But while people pay significant attention to sports games — who wins and who loses — they often pay little attention to the players beyond their athletic performances. This is particularly prominent in college athletics, a demographic that statistically requires regular care beyond the field.

Approximately 90% of student-athletes report experiencing an athletics-related injury during their careers, according to the National Athletic Trainers’ Association. This can lead to dangerous measures that can impact students’ mental and physical health. According to the National Athletic Training Association, 54% of student-athletes reported they played while injured. However, athletic injuries do not just impose physical burdens — they impose emotional and psychological burdens, too.

Severe injuries can force athletes to forfeit their sports temporarily and, in some cases, permanently. In doing so, these student–athletes lose a primary aspect of their identities and are likely to experience some level of isolation. When student-athletes are removed from the field, they are not only distanced from a primary part of their identities but also from one of their primary support systems.

This isolation can trigger a number of difficult emotional responses. For some, this can mean loneliness and over-thinking. In more severe cases, sports-related injuries can reveal mental health issues like depression, anxiety and disordered eating.

Sports teams cultivate an environment centered around strength and success. For this reason, it can be difficult for athletes to open up about their struggles, eliminating an opportunity for student–athletes to discuss their struggles with those who would best understand them.

The expectation that athletes remain tough is a problematic approach to sports culture, one that inherently discourages athletes to seek help for their mental health.

At the college, students in the athletic training program are taught to regard students’ needs beyond just their physical condition. They are encouraged to acknowledge injured athletes as complete individuals and recognize that their needs might have a mental health component, too.

We should take note of this athletic training method and approach sports culture with a balanced perspective. Mental health must be treated with the same importance as physical health.

There is no harm in reveling in the excitement of the game and recognizing the positive role sports can have in the community. However, it’s also important that community members recognize student-athletes beyond their uniforms. These players aren’t just valuable if they bring home a trophy — they are valuable because they’re human.

Given the destabilizing and trying nature of athletic injuries, it is important that we recognize their impacts. As the college community continues to engage in sports culture, it must recognize the physical and emotional sacrifices student-athletes make and provide support through it all.

Mental health needs to be addressed in POC communities