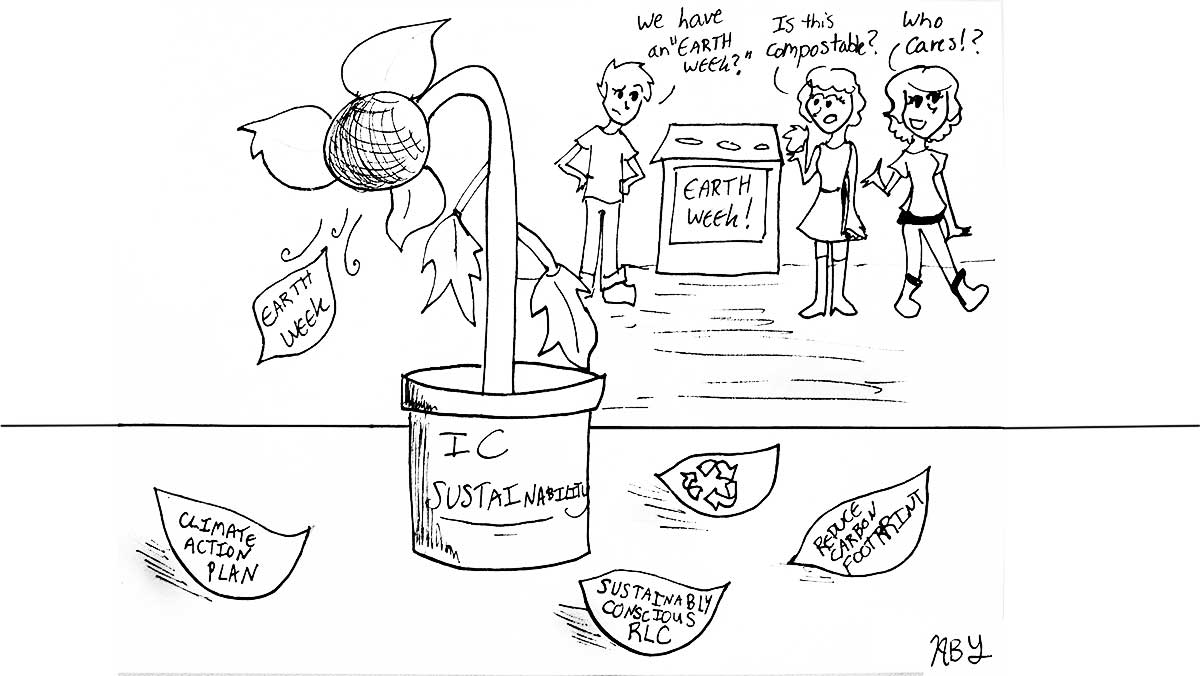 Based on the fact that Ithaca College has increased its carbon emissions over the past six years rather than decreased them, as it set out to do in the 2009 Climate Action Plan, it is clear that sustainability is no longer a priority of the administration. However, given the reality of climate change, environmental sustainability should be a top priority of both the college and students.

At the end of Peggy Ryan Williams’ presidency, the college’s carbon footprint was significantly smaller, but since President Tom Rochon took over, sustainability has been put on the back burner to make room for his other initiatives like the IC 20/20. The administration also failed to offset the carbon footprint of the Athletics and Events Center. Before even beginning to build the A&E Center, the college should have made plans outlining how it would make up for the emissions produced by the new building.

Sustainability seems to have drifted from the foreground for students as well. For instance, the Sustainably Conscious Living Residential Learning Community is being canceled after this semester because only five students signed up for it, though this is in part due to poor marketing on the administration’s end. Also, attendance at Earth Week events was extremely low. Students need to show more concern for sustainability to push the administration to make more sustainable decisions. If the student body doesn’t see this as a priority, then the administration won’t either.

If the college is going to advertise how sustainable it is to prospective students, which it continues to do, then it needs to live up to those ideals and start making sustainability a priority.