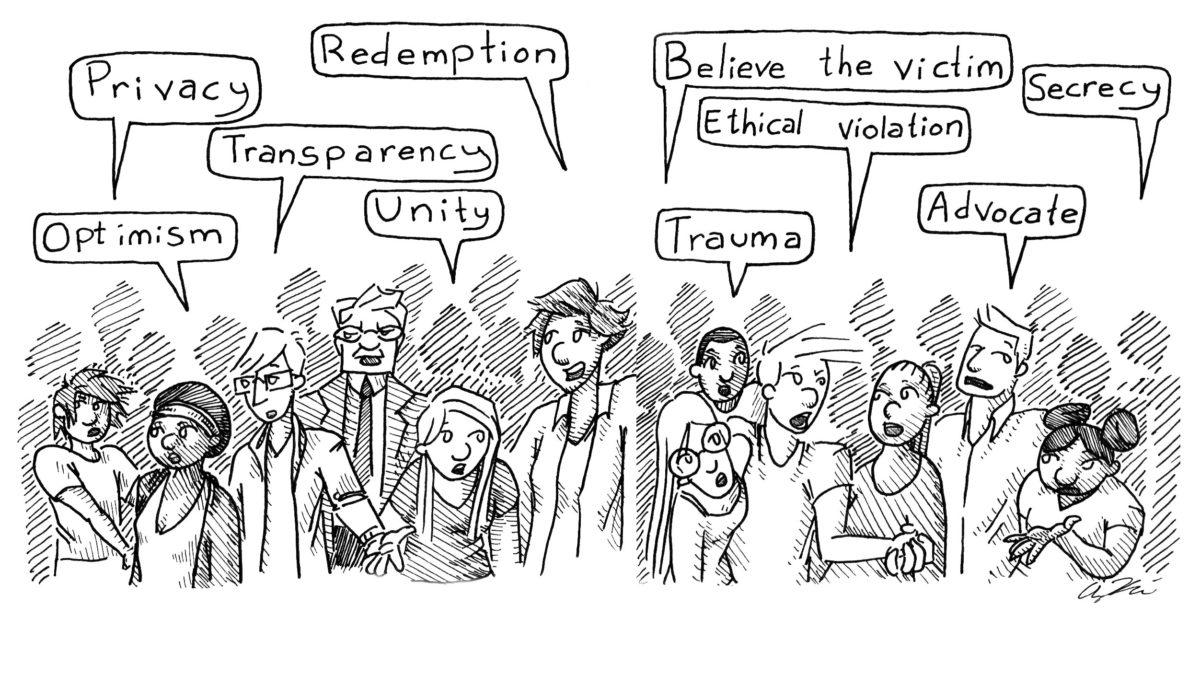 The revelation of Ithaca College President Shirley M. Collado’s blatant professional ethics violations and uncontested misdemeanor conviction for sexual abuse in 2001 have caught the campus’ attention. While the nature of this incident from Collado’s past may be difficult to grapple with, it demands the Ithaca College community to discuss and critically engage with the serious questions raised by the surfacing of this story on our campus.

Much of the initial public conversation surrounding the story has revolved primarily around the anonymous package that alerted The Ithacan to the case. Some are questioning the motives behind the package and its influence on The Ithacan’s article. However, it is important to understand that The Ithacan’s determination of the newsworthiness of the case, as well as its reporting, was derived from the full public court file. Journalists receive anonymous tips often, and although the original source’s motivations can figure into the story, they are secondary in determining the story’s news value. The information itself, not the source, should be the focus of discussion.

The community should consider the following crucial matters:

There are many ambiguities surrounding what happened 17 years ago, but there are aspects that are more clear. Even if one decides to not believe the patient’s accusations of sexual abuse against Collado, the ethical issues involved in this case must be taken more seriously. The unit where Collado worked had extremely strict rules to protect patients from being hurt by their therapists. While she portrays her decision to allow the patient to live with her as a compassionate choice, Collado, as a 28-year-old Ph.D. with specialized training in trauma therapy, certainly knew she was putting the patient at risk. After Collado asked the patient to move out, the patient’s therapists were worried that Collado’s actions had literally put the patient’s life in danger. But Collado says she regrets the decision because it put herself at risk. She has not, in any public statement, expressed regret about the harm her reckless decision caused the patient. What does that say about her?

At this year’s MLK Week keynote speech, a question was asked about how to respond to well-liked public figures guilty of past wrongdoings. In his response, the speaker, Marlon Peterson, asked, “Are these people sincerely acknowledging the wrong that they’ve committed? Are they trying to reduce it as just something that happened back in the day? Are they trying to place some blame on the person that was harmed?”

The 280 faculty and staff who signed the letter take the position that the conversations on campus should be about “how people move forward after terrible events, recover and learn from their own failings and those of others, and need not be defined by the worst thing that ever happened to them.” Frankly, they are missing the point. These conversations should focus on sexual abuse, mental health stigmas, legal representation for people of color, our community’s expectations of transparency and other critical issues that arise in the story. The case is undoubtedly complex, meaning our response must be complex and nuanced as well. Anything less would be a moral failure on the part of the campus community.

Letter to the Editor: Nuanced conversation must follow Collado story