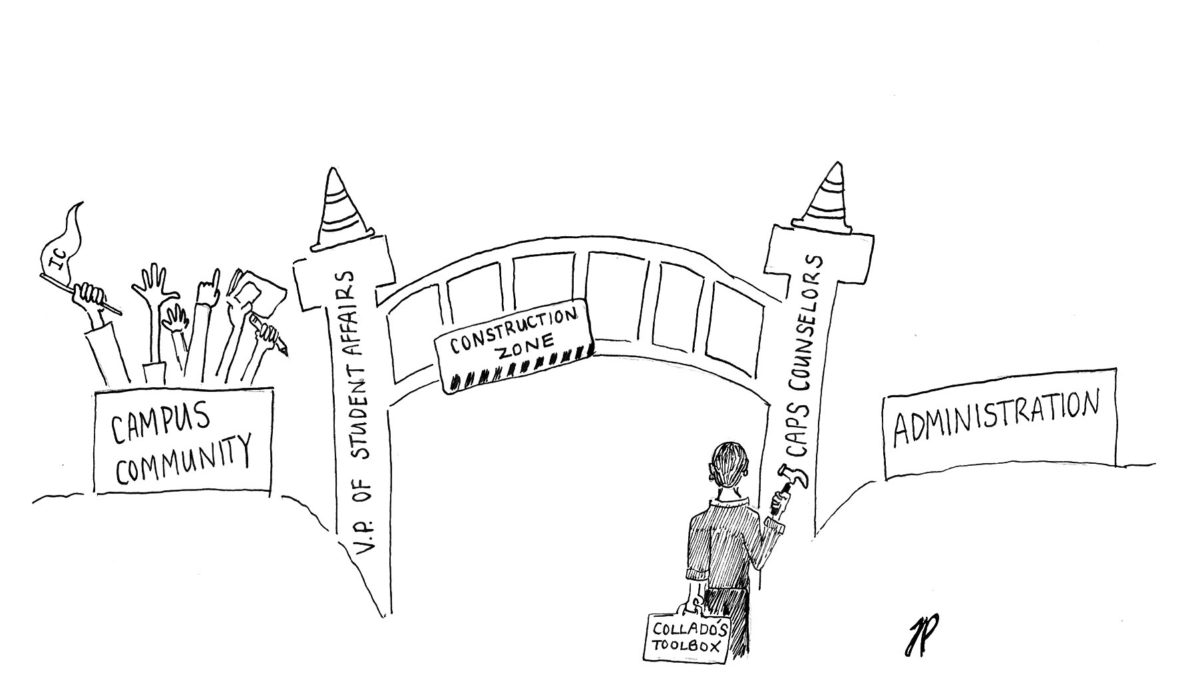 Student affairs at the college has been, simply put, suffering without the attention that a separate division would provide. Reinstating the division will allow the college to have a more refined focus on the student experience, and recreating the vice president position is a step toward ensuring the success of students and the college overall.

In addition to that hire, Collado announced that two new counselors will be hired for the Center for Counseling and Psychological Services. The college community has been pushing for more CAPS counselors for years, and wait times at CAPS increased notably in recent years. But the fact that the president has listened to the community and has acted upon these wishes in such a short amount of time shows she is prioritizing improving student experience.

Ferro seems to be a good fit for the new vice president position. Her work in the Office of Multicultural Engagement and as the assistant director of learning communities at Rutgers University–New Brunswick makes her a promising vice president of the Division of Student Affairs and Campus Life.

However, the choice to appoint Ferro directly instead of going through a search process should be an exception, not the rule. Faculty criticized former President Tom Rochon for creating the position of Chief Diversity Officer without the consultation of the community, and the last thing the college community needs is a repeat of this top-down decision-making moving forward.

In discussing the decision, Collado noted the “great value” of open searches and noted a number of current searches for key positions. The college is currently looking for a new chief diversity officer, a vice president of finance and administration, and a new provost and vice president for educational affairs. Searches allow members of the college community, many of whom have had long tenures and a deep understanding of the community, to have a say in who is the best fit for a position, as well as to apply for those positions themselves.

While the trend in higher education is more toward closed searches, there is quite a difference between a closed search and no search at all. Collado has stressed in the past that she wants to keep her decision-making process as transparent as possible. Directly appointing anyone to any position limits the transparency of the action.

Ferro is a welcomed addition to the college’s administration, and there is no doubt that both her appointment and the creation of her division will help the college revitalize its relationship with its students.

The hires that Collado made are, without a doubt, a good thing. But Collado must make future hirings as transparent as possible in order to keep the promises she made to be transparent and collaborative.

The decision to appoint Ferro in this fashion, then, seems to oppose the values that Collado has espoused. Collado also did not disclose where the funding for this division was coming from or how much the added positions would cost the college.

Collado talks about a future transparent budget process while evading the question of how the new positions are being funded right now. Her decision not to disclose where the funding for this major campus initiative is coming from contradicts her encouraging words about her desire to be a collaborative, transparent leader.

While the community will be grateful for the positive step of adding CAPS counselors and reinstating the much-needed student affairs position, the lack of financial disclosure should raise a red flag for a community long-familiar with an administrative decision-making process lacking transparency. Collado should not get a free pass from the community on transparency just because it agrees with her decision.