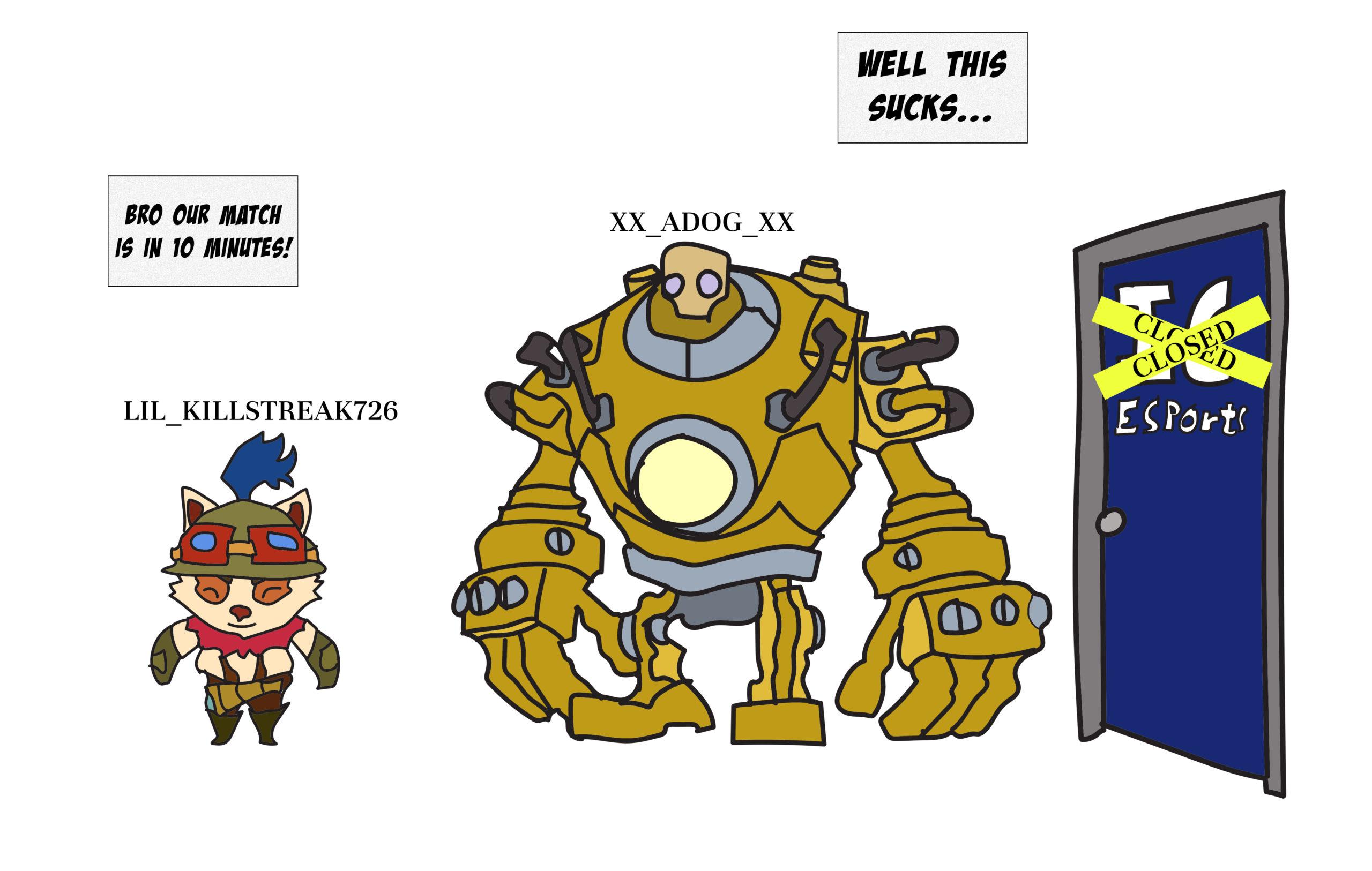 Illustration by Malik Clement
By The Ithacan
Published: April 21, 2022

The Ithaca College Esports Club — a student-run program created from the ground up, which offers a space for casual and competitive gamers — was founded in 2019 and has already seen many successes.

The club competes against varsity-level esports schools across the country and garnered awards when the COVID-19 pandemic began. The team’s coverage on ICTV’s “Bombers Live” was awarded third place for the College Broadcasters, Inc. (CBI) Award — a national award for college sports coverage — and runner–up for the Broadcast Education Association (BEA) Award for the best esports coverage. However, these broadcasts were neglected and discontinued once coverage for the college’s football team resumed.

The college is known for having award-winning student media programs within the Roy H. Park School of Communications and the club utilized the resources afforded to them. Yet, the college administration does not seem to be prioritizing the club’s successes. Whether this is due to the newness of the club or stigma surrounding esports, members of the team are feeling the effects of neglect.

The team did not have access to its practice facility for most of the year, as compared to last year during the height of the pandemic. Allowing the team members the time and space to thrive in the depths of a global lockdown, the team was able to create something great. The lack of support to carry such momentum into this year has inhibited what the team is clearly capable of achieving. It has separated members and forced them to practice and communicate online instead of in the room that is meant specifically for the esports team.

Attaining a nationally recognized broadcast in the first year of the club’s formation and to not receive any additional support from the administration leaves room for speculation as to why this is so. The college claimed to have wanted the program, but this sentiment is rendered useless when actions do not equate to the needs of the team.

While this needed action from the  administration is legitimate, esports team members should invest in recruitment and retention for the longevity of the team. By doing so, the team will continue to debunk the stigma surrounding esports and invest in the stability of the club’s future.

The esports team’s achievements deserve to be recognized; it has accomplished quite a bit in its three years of being a club. Both the college and the team must put in the effort and time to ensure that the team prospers in the future.