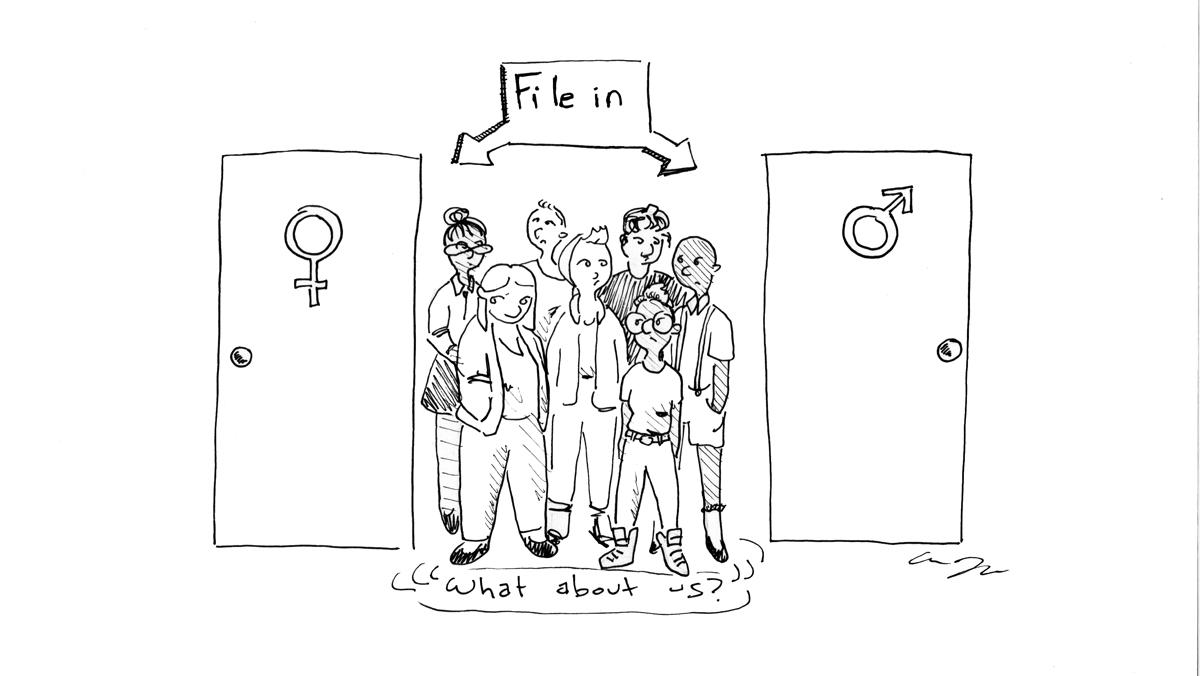 Facts in Brief, a collection of analytical information regarding each class of students at the college, does not currently represent Ithaca College’s nonbinary population. Instead of placing students in their preferred nonbinary categories, the college has to follow federal regulations, which require students to be placed into male or female markers in its Facts in Brief data set.

Nonbinary students belong to an identity that is already largely left out of mainstream society, so to not be represented in the college’s gender statistical reports is a further insult to their community. Misrepresenting nonbinary students by forcibly — and randomly — placing them into a binary gender is an even further insult.

The college reports the data of its students through the Integrated Postsecondary Education Data System(IPEDS), which is run by the National Center for Education Statistics by the United States government. In order to receive government funding, the college must report its data using IPEDS, which only uses binary, male and female gender markers. This requirement is undeniably troubling for the college and puts it in a difficult situation, forcing it to represent its students in a way that is not true to their identities.

The current IPEDS system is outdated and insensitive. By not allowing colleges to submit data regarding their nonbinary students, IPEDS is not only erasing the nonbinary population at the college, but at thousands of higher academic institutions across the country. The data system currently serves over 4,000 institutions, all of which are unable to reflect their nonbinary students through their own data pages similar to Facts in Briefs.

Gerard Turbide, vice president for the Division of Enrollment Management at the college, also said the college is hesitant to release the data of its nonbinary students due to the fear that their identities will be sought out for malicious reasons because, he said, there is such a small number of nonbinary students at the college. However, the numbers in Facts in Brief are anonymous — there are no other identifying factors attached to gender statistics.

If Turbide’s reasoning is a well-intentioned protective measure, the issue still remains that nobinary students are not being represented at the college. The college could release its own independent data set to give recognition to this important community on our campus.   If a nonbinary student did feel unsafe about displaying their gender in the Facts in Brief, the decision to withhold that information should be their own. Currently, the gesture goes beyond being protective, resulting in an erasure of nonbinary students.