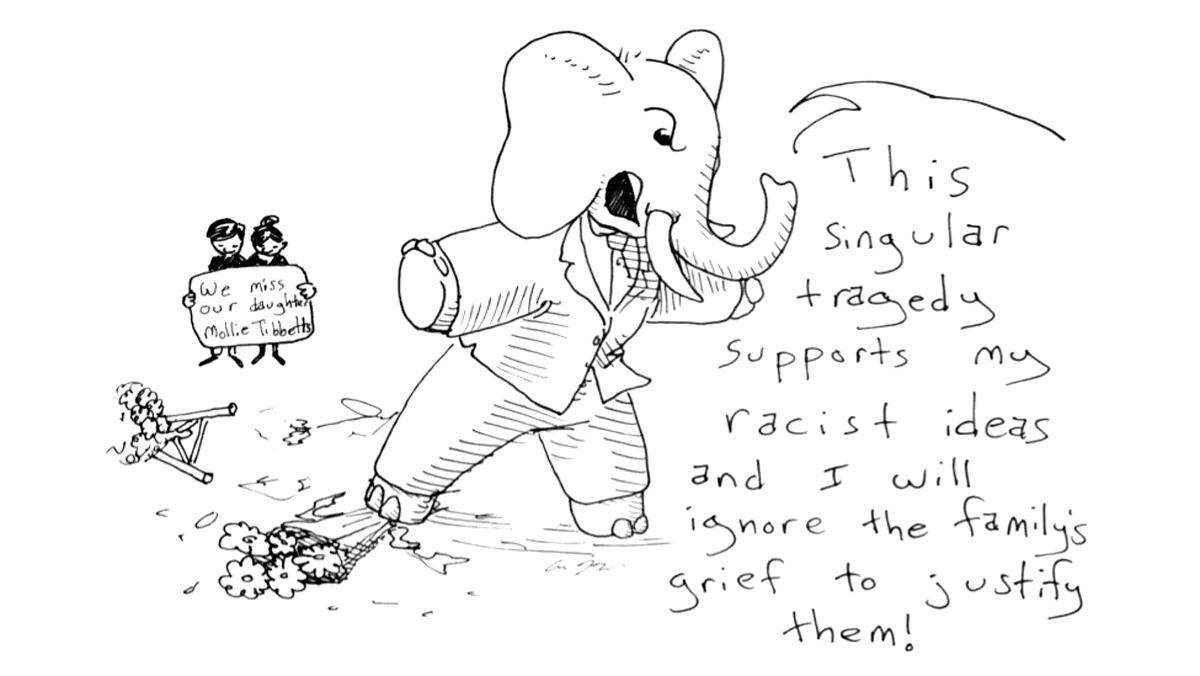 The Ithaca College Republicans released a concerning statement Sept. 4 regarding the death of 20-year-old Mollie Tibbetts, who was allegedly killed by Cristhian Bahena Rivera, an immigrant who entered the country illegally from Mexico.

Following the identification of Tibbetts’ alleged killer, many conservatives cited his Mexican origins and status as an undocumented immigrant as all the more reason to control undocumented immigration and build a wall along the U.S.-Mexico border. IC Republicans was no exception — the group tweeted out the press release and pointed to illegal immigration as the cause of crime. They concluded the tweet with the hashtag #BuildTheWall.

In the statement, IC Republicans declare undocumented immigrants as a whole “smuggle in drugs, dismantle communities and abuse the welfare state.” These stereotypes are undoubtedly pulled from the hateful rhetoric that has surrounded undocumented immigrants from Mexico and other nonwhite countries for centuries. Additionally, multiple studies have shown the crime rates of undocumented immigrants are significantly lower than native-born Americans. IC Republicans’ argument goes beyond conservative principles — it is a gross display of the racism and xenophobia. IC Republicans president Lucas Veca denies that the group’s statement is racist. But if attributing negative characteristics of some members of a race to the race as a whole constitutes a form of racism, then this statement certainly qualifies.

On top of being explicitly racist, IC Republicans’ statement is also insensitive and disrespectful to Tibbetts and her memory. Tibbetts’ father, Rob Tibbetts, wrote an op-ed for the Des Moines Register, published Sept. 1, asking that his daughter not be used as the face of an immigration debate.

“The person who is accused of taking Mollie’s life is no more a reflection of the Hispanic community as white supremacists are of all white people,” he wrote. “To suggest otherwise is a lie.”

This is not to argue that conservative ideas about immigration should be shut down. Conservative beliefs should be accepted or challenged at the college just as liberal ideas should be. Without diverse political views on campus, students would not be able to genuinely learn how to debate and disagree with their peers or begin to define their unique ideologies in a college setting. However, engaging both liberal and conservative beliefs does not mean we should be accepting racist beliefs.

Not only does IC Republicans degrade conservatism as a whole with their statement, they are also creating an uncomfortable environment for immigrant students on campus, which is unacceptable. Immigrant students — undocumented or not — need to know that they are supported at our institution. IC Republicans have painted racist, broad assumptions about a group of people who have proved again and again to be innovative, hardworking and devoted — all qualities that make America truly great.