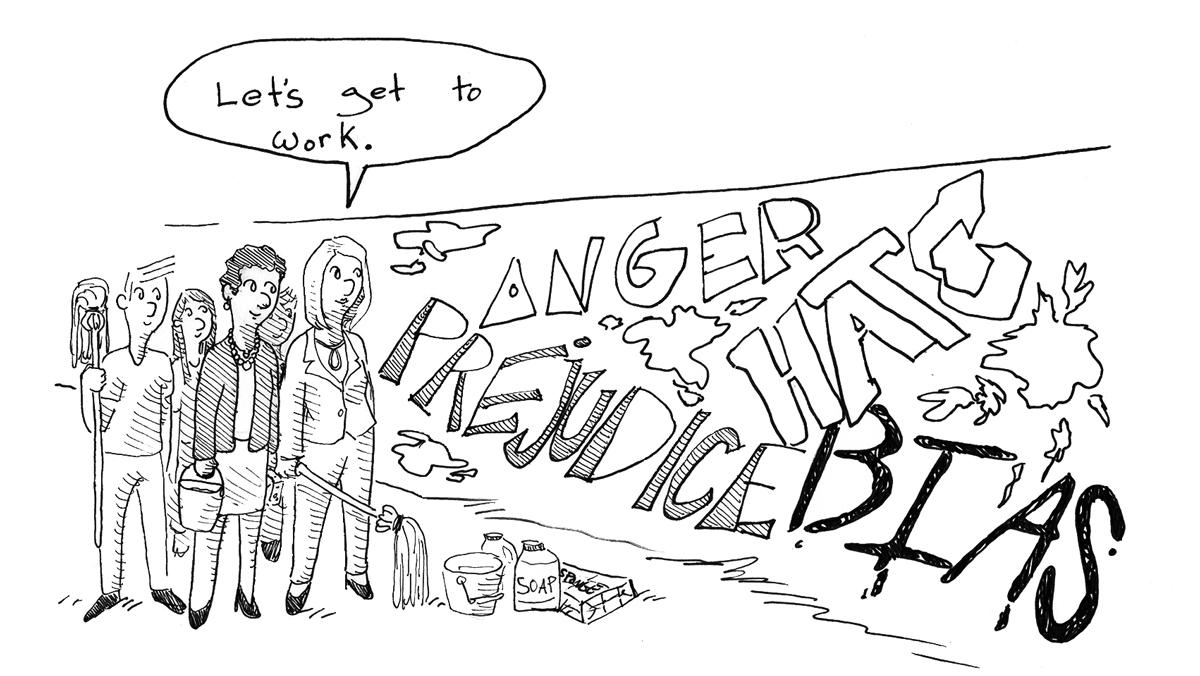 Astudent found racist graffiti April 19 in a gender-neutral bathroom in Williams Hall at Ithaca College. There have also been reports of swastikas drawn in residence halls across campus in the past academic year.

Following the report of racist graffiti, the college released information regarding its new impact bias response system. According to the announcement, the college will be piloting a new program for students to report bias incidents.

In the current system, those who experience or witness bias incidents can contact a number of individuals to receive resources. The new system will streamline the process and aims to make the college more responsive to these incidents. Student reports are addressed by the Office of Public Safety and Emergency Management and then directed to a team of people well-equipped to deal with these issues.

However, the new impact bias response system has already proposed measures to combat these issues. The Bias Impact Response Team is composed of faculty and staff from the campus community with varied backgrounds, such as Luca Maurer, LGBT Education, Outreach and Services program director; Sean Eversley Bradwell, director of programs and outreach; and Linda Koenig, Title IX coordinator.

By sourcing members for the Bias Impact Response Team from all over the college, the college is making progress toward ensuring all people will have their needs met when they feel unsafe.

Not only that, but the college has done as much research as possible to make sure the new Bias Impact Response System is as effective and centralized as possible. Administrators consulted with colleges across the country that have similar reporting systems in place, and they have plans in place to educate students, faculty and staff about the program during Fall 2018.

The administration has exhibited a sincere interest in improving incident reporting for students of marginalized communities. It has made it clear to the campus community that it is fully using the information that came out of the Campus Climate Survey. The Bias Impact Response System is the best step in the right direction to make students feel safer on campus and to improve community relations.