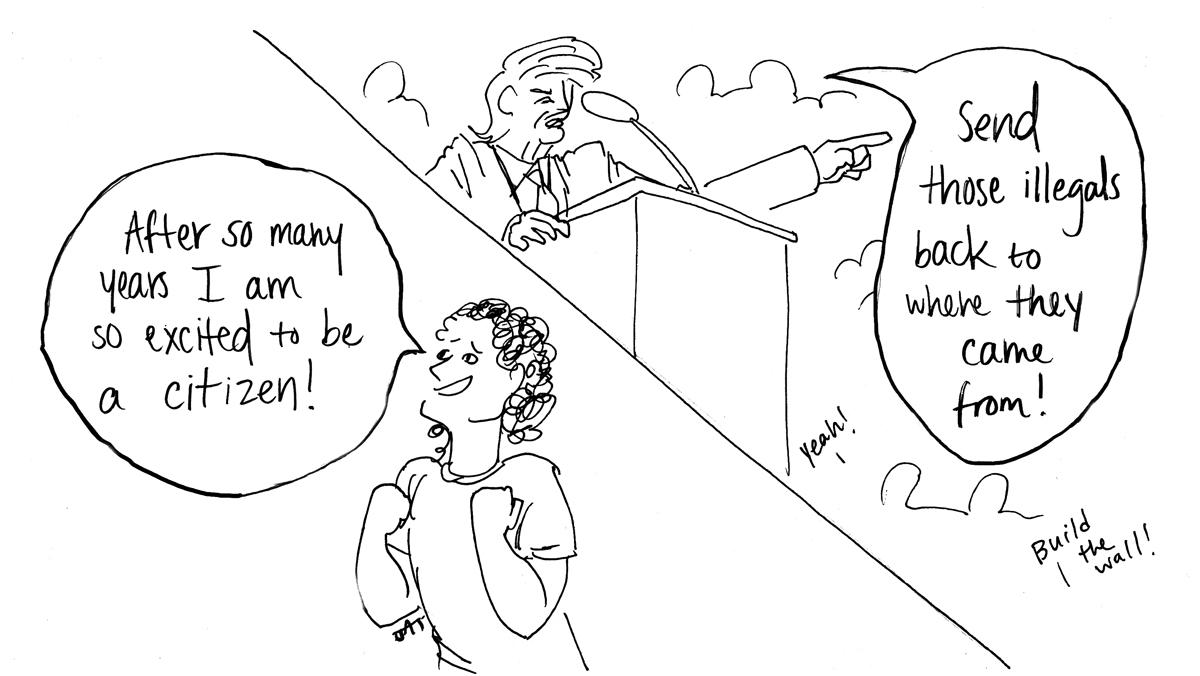 On Feb. 19, Mirit Hadar-Bessire, lecturer in the Ithaca College Department of Modern Languages and Literatures, officially became a U.S. citizen alongside 34 other Ithaca citizens. She has been living in the United States for approximately 12 years, having fled Israel in 2008 toward the end of the Lebanese War.

A student who attended Hadar-Bessire’s ceremony, sophomore Luna McCulloch, expressed her appreciation for Hadar-Bessire as an educator, praising her on her ability to focus education on “making mistakes and being okay with making mistakes and learning from your mistakes.” McCulloch also said she appreciates Hadar-Bessire because of how open she is with her personal story and how it not only adds to the classroom experience but also pushes students in understanding their own, and sometimes complex, personal histories.

Hadar-Bessire is the perfect example of why international students, staff and faculty are fundamental parts of the college’s community. They bring with them expertise and perspectives that very few can relate to but all can learn immensely from. Their experiences and perspectives also bring forth topics that stem beyond the U.S., a focus that can sometimes be lost if a course is not specifically looking at international relations, politics and societies.

The process Hadar-Bessire went through to achieve citizenship, as well as what most immigrants have to go through, is frequently drawn out and cumbersome. It is important to acknowledge the amount of time and labor that is required to be granted citizenship, a process that can make assimilating to a new country even harder.

Hadar-Bessire is now able to call the United States her home, but this is not the reality of many people who have to face the hardships of obtaining citizenship in this country. A person who is coming to this country with the sole intent of a better life, and teaching and bettering those around them, should not have to wait 12 years to share citizenship with the very people who their livelihoods as educators are dedicated to.

Hillel at Ithaca College, the Jewish Studies Program, the Roy H. Park School of Communications and the Center for Academic Excellence will put on the Israel Film Festival March 1–2. The festival will feature three Israeli films: “The Flood,” “The Ballad for Weeping Spring” and “Garden of Eden.”

The Department of Modern Languages and Literature in the School of Humanities and Sciences has opened a new initiative to involve interested students in a series of global linguistic experiences.