Editorial: Ithaca is protecting the right to bodily autonomy 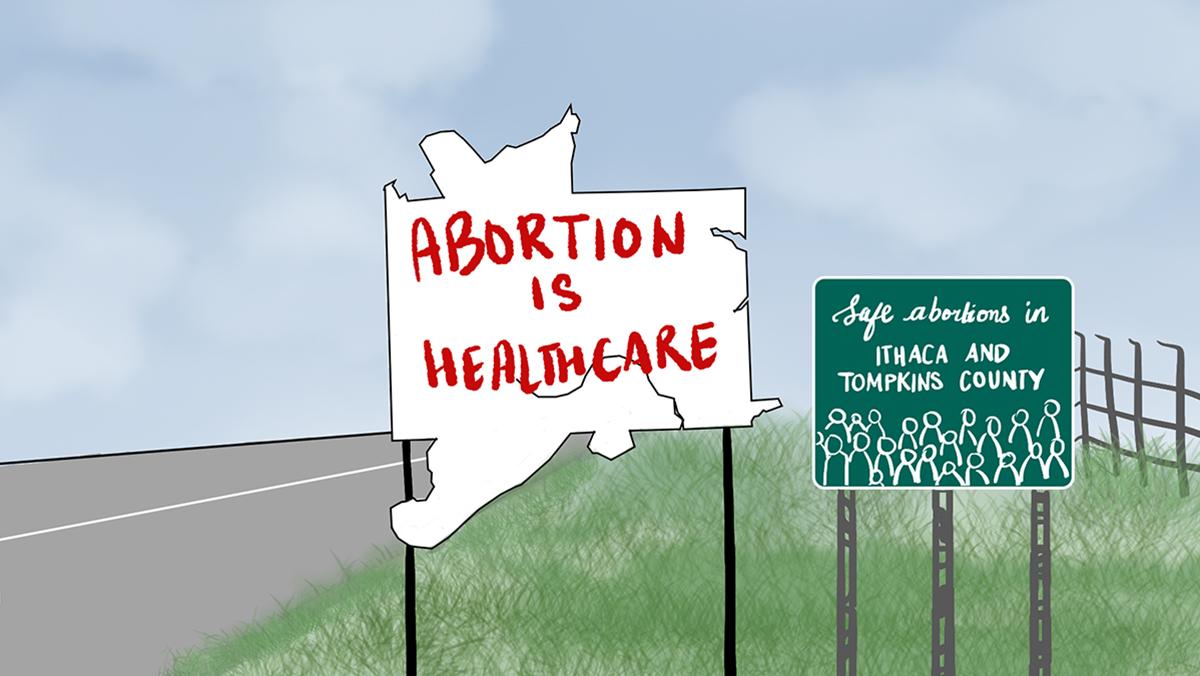 On June 24, the Supreme Court of the United States decided to reverse their Jan. 22, 1973 decision on Roe v. Wade, effectively banning abortion in several states throughout the country. In several states, this was done through trigger laws, which are laws that are put into place immediately upon another legislative or judicial decision. According to Pew Research Center, 61% of United States adults disagree with this decision, declaring that abortion should be legal in the U.S. Ithaca College students are no exception to this ruling. Some students have noted that they feel unsafe without secure access to professional abortion procedures in their home states. Thankfully, the City of Ithaca has made the decision to declare itself a “sanctuary city,” protecting abortion access for individuals who can reach the city from anywhere in the world. This decision has positively impacted the quality of health and safety for the 678 students from states with restricted abortion access by providing them with safe and adequate health measures their states have failed to value.

It has long been known, and long been ignored, that abortions cannot be banned, only safe abortions can. When abortion restrictions are put in place, studies show that “restricting access to abortions does not reduce the number of abortions; however, it does affect whether the abortions that women and girls attain are safe and dignified.” Ithaca has succeeded in making data-backed decisions in deciding that safety will come first when considering access to abortions. As residents of Ithaca, it is our responsibility to spread awareness of this policy to our peers and friends who reside in places with stricter access or no access to safe abortions. Awareness of access is the first vital step to creating a safer sexual health care environment for those who need it.

Not only does Ithaca’s decision to protect abortion rights defend the health and safety of those who may need an abortion, it also protects the civil rights and bodily autonomy of those individuals. Planned Parenthood volunteers are an integral part of the system ensuring adequate sexual health measures in the Ithaca Area. If you’re interested, their volunteer application can be found on their website at (plannedparenthood.org/get-involved).