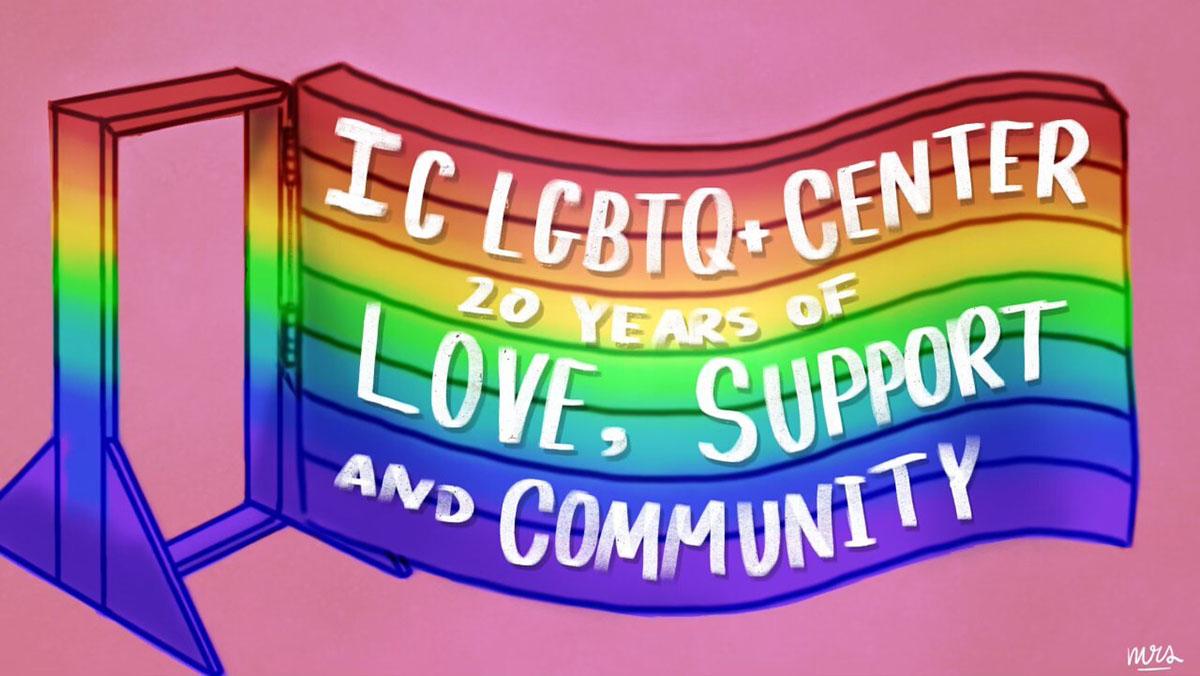 On Nov. 12, 2021, Ithaca College will be celebrating the 20th anniversary of the Center for LGBT Education, Outreach & Services. For the past 20 years, the center has been an integral part of the college community; it has provided resources and support to students, and it has given students a safe place to learn and just be. The college is known for its support of the LGBTQ+ community and for its campus pride, but that does not mean educating the community should ever cease and that students no longer need a safe space. Our society is learning more and more, and there has been such an increase in acceptance and a large shift in perspective of the preconceived notions of gender and sexuality.

However, this wave of acceptance and the expansion of our education has come with a significant amount of bigotry and homophobic backlash. According to the Southern Poverty Law Center, in 2019, there were about 940 reported active hate and anti-LGBTQ+ groups in the U.S., which was a decrease from the 1,020 active hate groups in 2018, but there was a rise in hate crimes. The significant number of active hate groups across the country is disheartening and rightfully terrifying for any individual who identifies as part of the LGBTQ+ community or is on their own personal journey of discovering more about themselves. In addition to hate crimes, many states in the country have contributed to the hundreds of anti-LGBTQ+ bills attempting to be passed that aim to dehumanize and degrade the LGBTQ+ community — eight of these bills have already been enacted in 2021.

The country is in a tug of war. Our society has grown a lot over the years, but it’s still a daunting world for the LGBTQ+ community. Living your truth is hard enough for students on a personal level with their relationships and family. It’s a difficult journey that is shadowed by fear and uncertainty, which is why it is hard to put into words the significant role the LGBT Center plays in the lives of students at the college. The center provides so many resources, ranging from coming–out tips and guidance to national resources and hotlines. The center has a blog called “Your Holiday Mom” that posts encouraging and positive messages for LGBTQ+ people and a Validation Station where trans and nonbinary people can receive positive text messages. The center cannot protect students from the uncertainty of the rest of the country, but it has been able to create a safe environment here at Ithaca College.

The center has done a wondrous job of engaging the students and the college community, and spreading factual and relevant information about the LGBTQ community; it has always held an open-door policy — figuratively and literally — for everyone on campus. This support allows students to not feel alone, and it ensures that many students have someone to help guide them on their individual journeys. This in turn makes sure that students can maintain their academics and cultivate relationships with others. It’s so important to take a moment to honor the efforts of alumni. When they were students, they advocated for years for the creation of this center at the college, and in 2001 the center was officially recognized. The current staff members and volunteers should be honored for the hard work they are currently doing for our community to make the college a welcoming place for all.